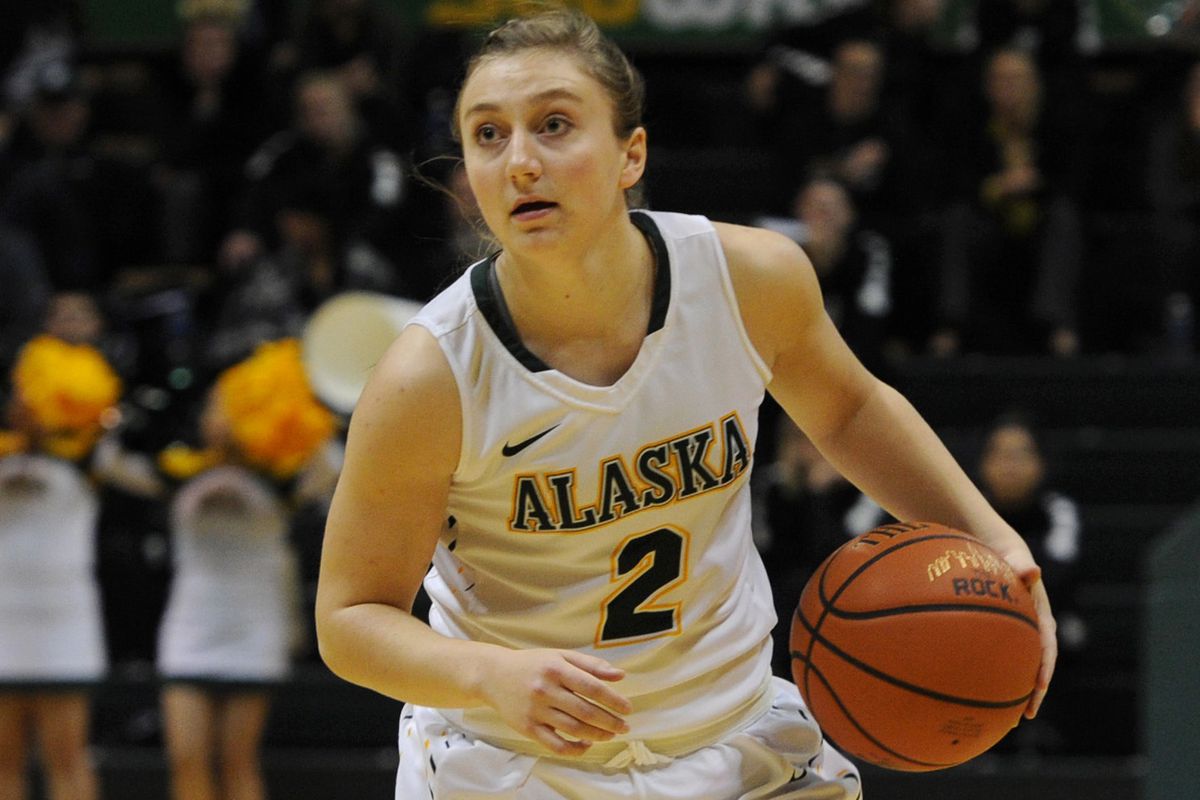 Nicole Pinckney of Chugiak, shown here as a freshman in 2017, led a balanced scoring attack Saturday for the Seawolves. (Bill Roth / ADN archives)

Nicole Pinckney of Chugiak, shown here as a freshman in 2017, led a balanced scoring attack Saturday for the Seawolves. (Bill Roth / ADN archives)

The 10th-ranked Seawolves swiped the ball 24 times to sink the Nova Southeastern Sharks 85-47 in a game in Miami Shores.

The victory came in UAA’s third and final game against teams from Florida’s Sunshine State Conference, and it marked the first time the Seawolves played a complete game during the holiday road trip.

In previous games, they lost to Lynn University by one point after squandering a 16-point lead on Wednesday and they beat Barry University by 21 despite shooting less than 30% in the second half on Friday.

This time, the Seawolves were in command from start to finish.

They showed no mercy to the Sharks, who gave away the ball 34 times, and they displayed a balanced offense while shooting 47.7% and getting seven or more points from eight players.

“That was the complete effort that we had been waiting for this week,” UAA coach Ryan McCarthy said in a press release from the school. “Our intensity stayed consistent throughout the game and we got back to the offensive rhythm that we’d become accustomed to. It’s extremely pleasing as a coaching staff to score 85 points with no one getting more than 13.”

Nicole Pinckney, a redshirt sophomore from Chugiak, led UAA with 13 points on 5-of-10 shooting. Sala Langi and Stephanie Jackson came off the bench for 12 and 11 points, respectively, with Jackson adding five rebounds, three steals and three assists and Langi adding three steals.

Senior veterans Yazmeen Goo and Safiyyah Yason each supplied eight points, four steals and two assists, and junior Tennae Voliva was good for eight points and a team-high nine rebounds. Kedranea Addison and Lauren Johnson each chipped in seven points and everyone else had at least two points to help the Seawolves improve their record to 7-1.

Claire McMahon and Iva Ilic tossed in 12 points apiece for Nova Southeastern, which dropped to 2-4.

The Seawolves open the Great Northwest Athletic Conference season next week with a Thursday game against Concordia-Portland at 5:15 p.m. and a Saturday game against Western Oregon at 7:30 p.m.