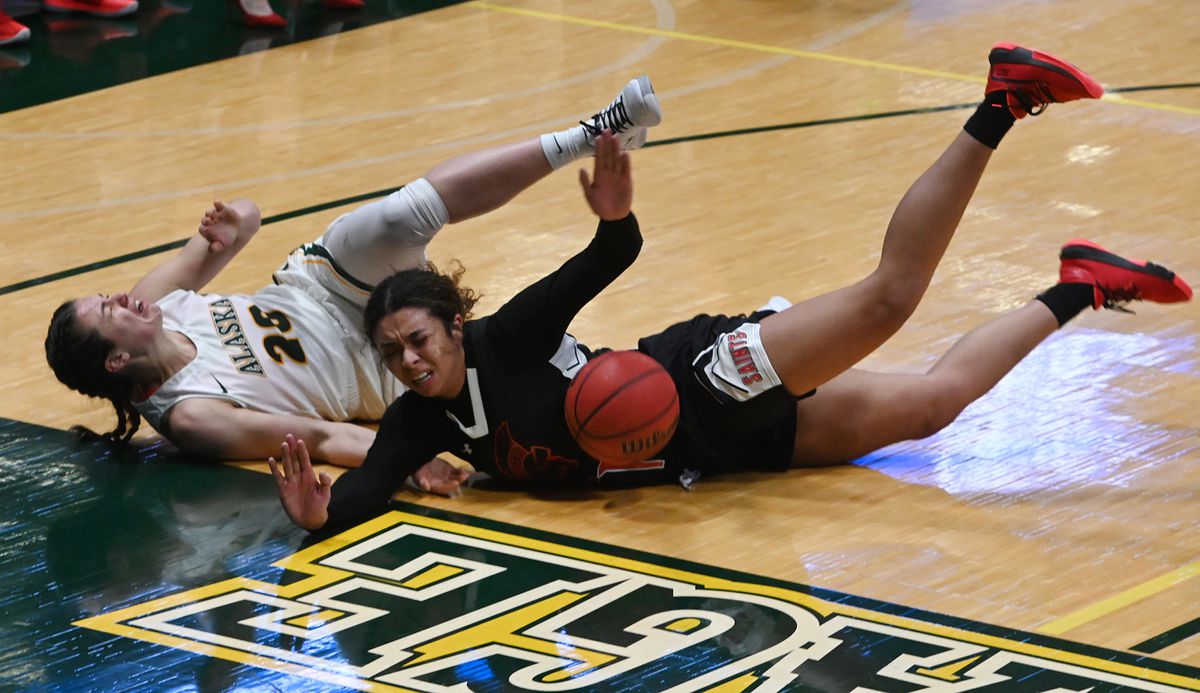 It was the 20th win of the season for the Seawolves.

And it came despite a scoreless stretch that lasted nearly seven minutes at the end of the game at the Alaska Airlines Center.

Stephanie Jackson scored three free throws and stole the ball once in the final 28 seconds to rescue the Seawolves, who improved to 20-2 on the season and 10-1 in the Great Northwest Athletic Conference.

Up 56-48 on a bucket by Jahnna Hajdukovich with 7 minutes, 9 seconds to play, the Seawolves didn’t score another field goal the rest of the game.

Saint Martin’s scored eight unanswered points to tie the game 56-56 with 40 seconds before Jackson restored UAA’s lead by making one of two free throws with 28 seconds remaining. The junior guard from Texas got the ball back with a steal, drew a foul and hit two more free throws with four seconds left to help the Seawolves survive.

The Saints missed a 3-point shot at the buzzer in their bid to hand UAA its first homecourt conference loss since March 2016.

A third number of note Thursday was the 28 points scored by Bria Thames of Saint Martin’s (9-9, 4-7). Thames hit 10 of 14 field goals and all eight of her free throws, but the rest of the Saints shot a combined 11 of 40 from the field.

But the Seawolves forced 20 turnovers and got a minimum of seven points from six players to overcome foul trouble that kept junior center Tennae Voliva on the bench for nearly half the game. Voliva, who has recorded five double-doubles this season, didn’t score a point and was limited to four rebounds.

Jackson finished with 11 points and Hajdukovich had seven points and a team-high eight rebounds for UAA. Safiyyah Yasin had a team-high 12 points and three of UAA’s 11 steals, Yazmeen Goo had 10 points and six assists and Sala Langi added eight points and five steals.

The Seawolves return to action Saturday at 5:15 p.m. for a game against Seattle Pacific.