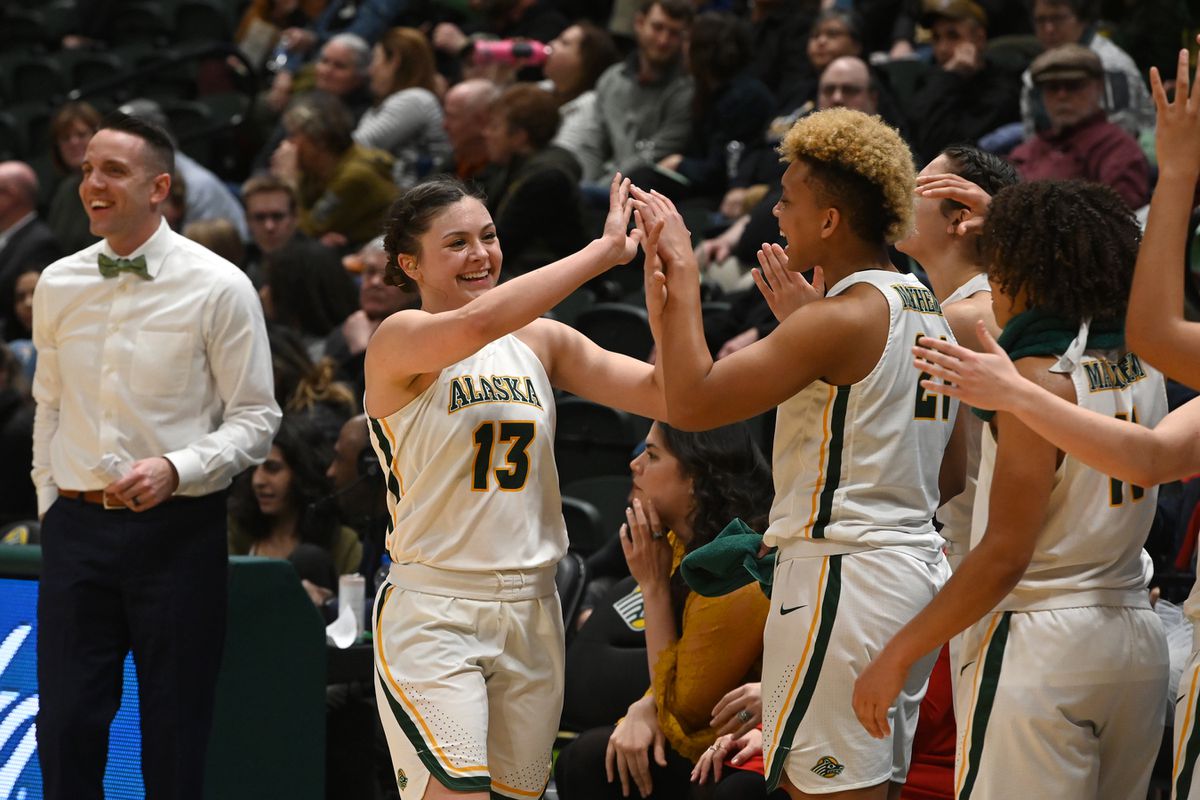 Led by a player who comes from the land of the Nanooks, the UAA women’s basketball team showed no mercy to its neighbor from the north Tuesday night at the Alaska Airlines Center.

The Seawolves drained a school-record 16 3-pointers and Jahnna Hajdukovich hit nearly half of them in a 90-36 rout of UAF in front of a crowd of 1,293.

It was UAA’s biggest win in history over the rival Nanooks, and it was Hajdukovich’s best night as a Seawolf.

A sophomore guard who grew up in Fairbanks, Hajdukovich scored a career-high 23 points by hitting 8 of 14 shots from the field, including 7 of 11 from 3-point range.

The Seawolves buried 16 of 34 shots behind the arc (47.1%) and got 3-pointers from six players, including three from Rachel Ingram and two apiece from Lauren Johnson and Nicole Pinckney.

”Our (three-point) shooters were aggressive in taking advantages of their opportunities, and it was fun to watch them connect like that,” UAA coach Ryan McCarthy said in a release from the school.

The 16 triples broke UAA’s single-game record of 15, set twice during the 2015-16 season when the Seawolves finished as the NCAA Division II national runners-up.

The Seawolves are currently ranked eighth in the nation. Heading into a Thursday game in Montana against Montana State-Billings, they are 24-2 overall and 14-1 in the Great Northwest Athletic Conference.

Four players besides Hajdukovich racked up double figures for UAA, including Tennae Voliva and Stephanie Jackson, who had 12 and 10 rebounds, respectively. Safiyyah Yasin added 13 points and Johnson had 12.

Jocelyn Gandara led the Nanooks with 13 points and six rebounds.