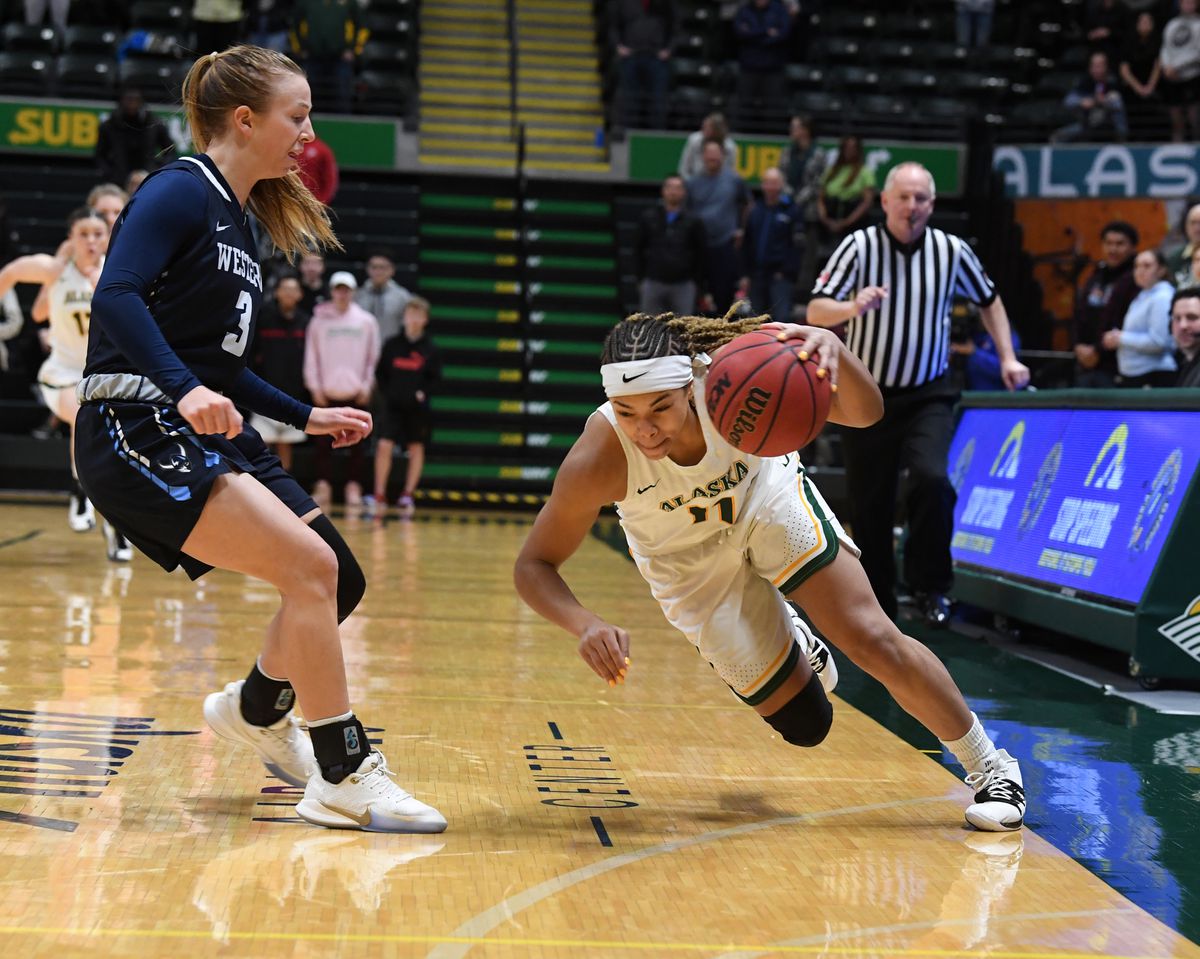 The UAA women’s basketball team made its final home game of the season a memorable one Saturday night.

The Seawolves sank a school-record 36 free throws to beat Western Washington 83-76 and clinch their sixth straight regular-season Great Northwest Athletic Conference title. They are guaranteed a share of the crown and can claim it outright with a win in either of their two remaining games.

An Alaska Airlines Center crowd of 1,845 watched the seventh-ranked Seawolves move to 27-2 on the season with two games left in the regular season.

Senior guards Safiyyah Yasin and Yazmeen Goo shined in their final home appearances. Yasin (7 of 14 from the field, 11 of 13 from the foul line) pumped in 25 points and Goo had 16 points, six assists and five steals.

The two were a combined 19 of 25 on a night when UAA connected on 36 of 47 free throws to set a program record for the most free throws in a game, breaking the old record of 34 set in 1990 against Bentley.

“Getting to the line was obviously the key for us in winning this game, along with absolutely outstanding overall performances from our veterans,” UAA coach Ryan McCarthy said in a release from the school.

WWU kept it close all night behind 19 points, nine rebounds and three blocks from Kelsey Rogers. The Vikings trailed by one point, 69-68, with about eight minutes left.

Tennae Voliva sparked a 7-0 run for UAA with a layup and a steal and Goo had a traditional three-point and a defensive rebound to help make it 76-68 with six minutes left. The Seawolves led by two or more possessions the rest of the way.

Voliva, a junior center, hit 5 of 8 free throws and finished with 13 points, four steals, two assists and a block.

In the final two-and-a-half minutes, Yasin and Goo were a combined 4 of 6 from the foul line and sophomore Jahnna Hajdukovich came up with two steals and a defensive rebound to seal the victory.

“I don’t know if I’ve ever been as proud of a pair of seniors as I am tonight for Safiyyah and Yazmeen,” McCarthy said. “They have been class acts their entire careers and grown into true leaders, on and off the court.”