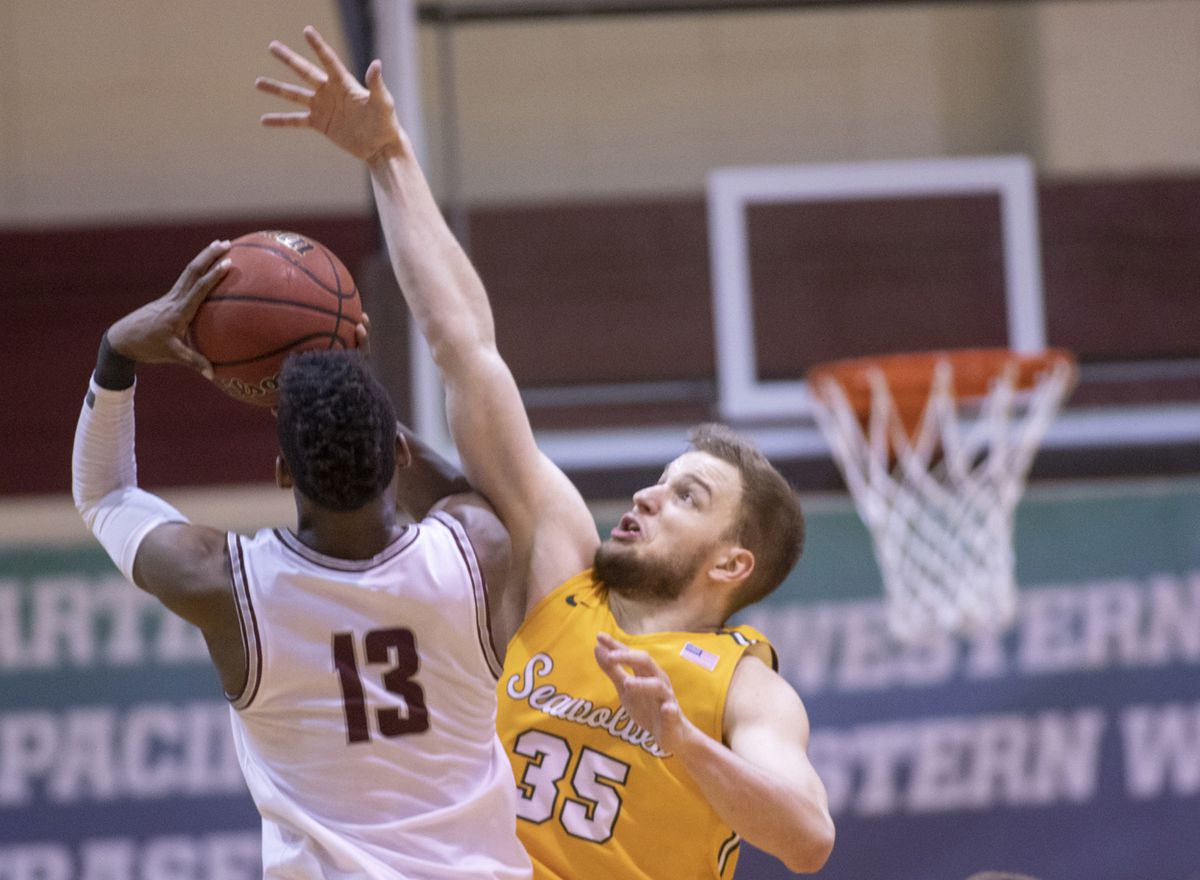 Sharp shooting, the emergence of a super sub and a drive to survive that comes when the calendar turns to March have vaulted the UAA men’s basketball team into the championship game of the Great Northwest Athletic Conference tournament.

The Seawolves upset top-seeded and nationally ranked Seattle Pacific 86-85 on the Falcons’ homecourt Friday, putting them one win away from the NCAA Tournament.

“They can’t tell us to stop playing for seven more games as long as we keep winning,” UAA coach Rusty Osborne said at a postgame press conference, referring to the number of games his team needs to win the national championship game. “So we want to keep it going and see what we can do.”

The Seawolves will face Western Washington, which defeated UAF 76-64 in Friday’s other semifinal, in a 4 p.m. AST championship game Saturday. The winner will claim a berth in the 64-team NCAA Division II national tournament.

Though UAA led 50-37 at the half, the game was close throughout, with eight ties and 21 lead changes. In the final 15 minutes, no one led by more than five points.

“What a great college basketball game that was,” Osborne said. “… Our guys were just able to make one more play than theirs.”

UAA junior forward Oggie Pantovic scored the winning points on a traditional three-point play with 43 seconds left, giving UAA an 86-83 lead. Seattle Pacific made it a one-point game on Shaw Anderson’s bucket with 27 seconds, but a last-second shot by the Falcons’ Divant’e Moffitt bounced off the rim and out of bounds.

Pantovic scored a team-high 23 points on 7-of-9 field goal shooting and 8-of-10 free throw shooting. Senior forward Niko Bevens lit it up from outside, burying 6 of 12 shots from 3-point range for 18 points, and senior guard Tyrus Hosley added 16 on 6-of-12 shooting that included a 4-of-8 showing behind the arc.

And from the bench came Tyler Brimhall, a 6-foot-5 senior forward who scored nine points, grabbed four rebounds, made two assists and got one steal in 21 minutes of playing time.

On Friday, Brimhall scored in double figures for the first time since Jan. 9, pumping in 17 points to help the Seawolves get past Northwest Nazarene.

Brimhall was a starter last season but has struggled this season, in part because of a back injury, Osborne said.

“Tyler has played tremendous on both days,” the coach said. “He’s looking like the old Tyler of last year (and now) we have an all-conference kind of guy.”

Moffitt piled up 28 points for Seattle Pacific (22-7). The Falcons were ranked 25th in the nation coming into the tournament, but could wind up a bubble team when it comes to handing out bids for the national tournament.