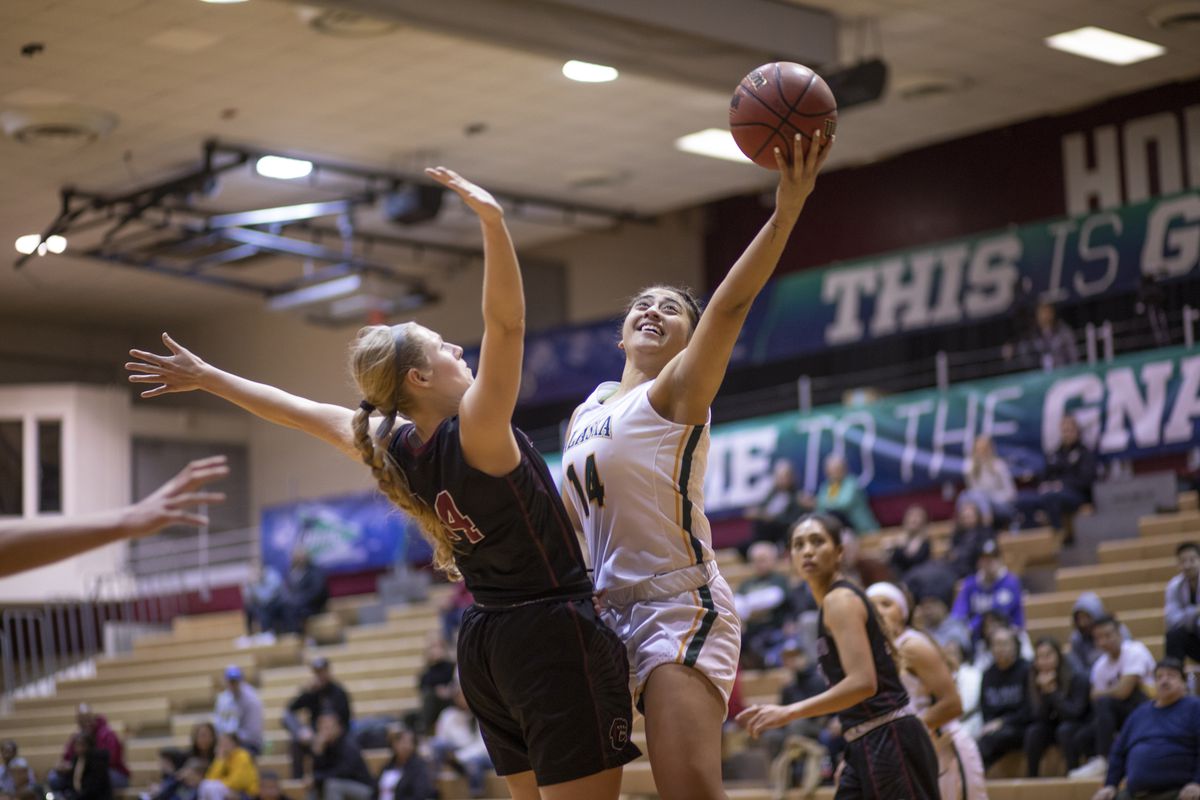 UAA junior Sala Langi puts up a shot in the Seawolves' 79-77 win over Central Washington at the GNAC women's basketball tournament on Friday. (Photo by Matt Brashears)

UAA junior Sala Langi puts up a shot in the Seawolves' 79-77 win over Central Washington at the GNAC women's basketball tournament on Friday. (Photo by Matt Brashears)

The UAA women’s basketball team escaped with a victory Friday in a game that showed the Seawolves that when it comes to postseason basketball, all bets are off.

The victory gives the fifth-ranked Seawolves their fourth 30-win season in five years and puts them in the GNAC championship for the seventh time in 10 years. They face Western Washington at 6:30 p.m. AST Saturday at Royal Brougham Pavilion.

The winner gets an automatic berth in the NCAA Tournament, but win or lose the Seawolves will be part of the 64-team field. Their 30-2 record will assure them of that.

Once in the national tournament, though, it’s win or go home.

“We’re very fortunate to come away with that win,” UAA coach Ryan McCarthy said a postgame press conference. “I hope we learned a lesson, because after tomorrow a loss ends the season, and there’s no practice the next day.”

Central Washington (19-11) came close to the upset by sinking a GNAC-record 18 3-pointers, including four in the final four minutes to rally from a 12-point deficit.

Alexis Pana (19 points, 9 rebounds, 7 assists) scored three of those late triples, including one with 12 seconds left that cut UAA’s lead to one point, 78-77.

Yasin hit the second of two free throws to make it 79-77 with nine seconds left, but six seconds later she committed a shooting foul as Central Washington’s Brianna Phiakhamngon was attempting a 3-pointer.

Phiakhamngon missed the 3-pointer and all three of the subsequent free throws. She missed the last free throw on purpose, with the hope one of her teammates would get the rebound, but Sala Langi grabbed it for UAA.

With 1.4 seconds left, Langi drew a foul and missed both free throws, but Jahnna Hajdukovich grabbed the rebound to preserve the win for the Seawolves.

“Credit to Central Washington -- they outplayed us,” McCarthy said.

The Wildcats blocked five shots and shot 49% (52.9% from 3-point range) but had 20 turnovers and were outrebounded 36-32. Ten players grabbed rebounds for UAA, including Langi with seven.

Yasin, a senior guard, got her 31 points by connecting on 11 of 16 field goals and six of eight free throws.

In Friday’s other semifinal game, Western Washington beat Northwest Nazarene 66-63 to advance to the title game.