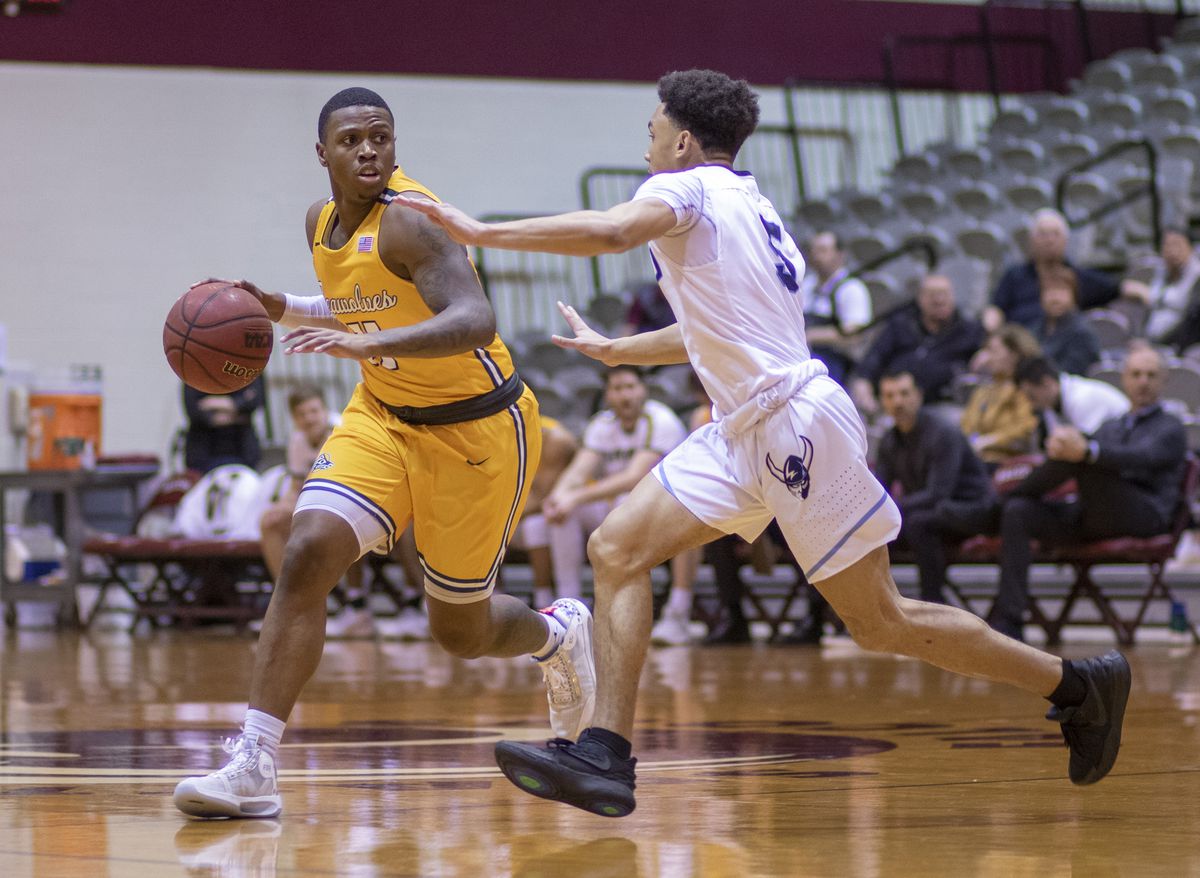 A berth in the NCAA Tournament slipped away from the UAA men’s basketball team in the final seconds of the Great Northwest Athletic Conference championship game Saturday in Seattle.

UAA led by three points with less than a minute left but Western Washington scored six straight points to triumph 81-78.

Both teams have 20 victories — UAA is 20-14 and Western Washington is 20-10 — but only the Vikings are going to the Division II tournament. UAA’s record isn’t good enough to contend for an at-large bid — only a GNAC championship would have put the Seawolves in the field of 64.

The Seawolves trailed by 14 points late in the first half and 45-33 at the half but stormed back in the second half. They seized a 61-60 lead on a traditional three-point play by Oggie Pantovic with a little less than seven minutes left.

The game stayed close till the end, and a jumper by Tobin Karlberg gave UAA a 78-75 lead with 54 seconds left.

The Vikings missed a 3-pointer on their next possession but kept the ball thanks to Trevor Jasinsky’s offense rebound. Jasinky passed the ball to Leif Anderson, who buried a 3-pointer from the baseline and drew a foul on the shot from Pantovic. Anderson made the free throw to complete the four-point play, giving Western Washington a 79-78 lead with 31 seconds left.

After a timeout, UAA guard Tyrus Hosley got a good look at the basket but missed a 3-pointer. Jasinsky got the rebound with 1.1 seconds remaining, UAA fouled him quickly, and Jasinsky sank both free throws.

UAA shot better than 50 percent for the third straight tournament game, but the Vikings prevailed behind a 31-26 rebounding edge and double-figure scoring from five players.

“Unfortunately rebounding was a big key, and we didn’t come up with a big rebound at the end and it leads to a four-point play,” UAA coach Rusty Osborne said after the game.

The Seawolves made a remarkable run in the GNAC tournament, where they were the fifth seed among six teams. They dispatched fourth-seeded Northwest Nazarene 85-79 on Thursday and upset top-seeded and nationally ranked Seattle Pacific 86-85 on Friday.

That put them in Saturday’s title game, where a win would have earned them an NCAA Tournament berth.

“They came in and they fought and they got us to the championship game,” Osborne said of his team.

Karlberg finished with 22 points on 9-of-12 shooting, Pantovic had 20 on 7-of-12 shooting and Hosley had 16 on 6-of-14 shooting as the Seawolves shots 54.7% (29 of 53). Karlberg added four rebounds, three assists and two steals, and Pantovic collected a team-high six rebounds.

“I’m really proud of this group,” Osborne said. “We came off a tough week the last week of the regular season (and) they could’ve rolled it up right there.