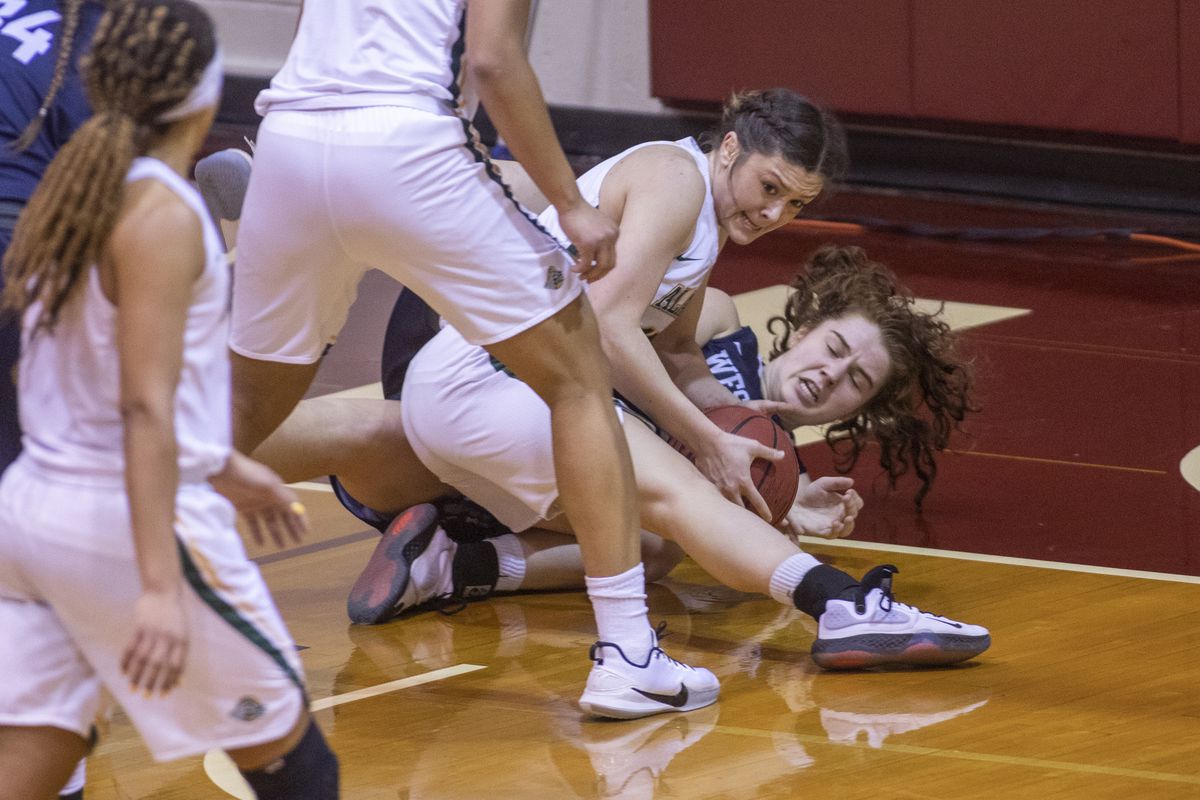 UAA sophomore guard Jahnna Hajdukovich wrestles for control of the ball against Western Washington during the GNAC championship game in Seattle. (Photo by Matt Brashears)

UAA sophomore guard Jahnna Hajdukovich wrestles for control of the ball against Western Washington during the GNAC championship game in Seattle. (Photo by Matt Brashears)

For the sixth time in 10 years, the UAA women’s basketball team is the champion of the Great Northwest Athletic Conference.

Tournament MVP Safiyyah Yasin racked up 26 points to lead the Seawolves to an 89-68 demolition of Western Washington in Saturday’s GNAC title game in Seattle.

The Seawolves, who are ranked fifth in the nation, are 31-2 going into next week’s West Region tournament.

On Sunday, UAA will learn who and where it will play in the first round of the NCAA Tournament.

After a close call the night before, the Seawolves — who escaped Friday with a 79-77 win over Central Washington — left nothing to chance against Western Washington.

Yazmeen Goo poured in eight points in the first quarter to lift UAA to a 23-17 lead, which swelled to 43-27 at the half.

Three players joined Yasin in double figures — Goo and Stephanie Jackson each scored 11 and Sala Langi had 10. Kimani Fernandez provided a team-high seven rebounds, and Tennae Volive came through with five steals. Yasin amassed her points on 9 of 13 shooting, and Goo and Jackson were both 5 of 8 from the field.