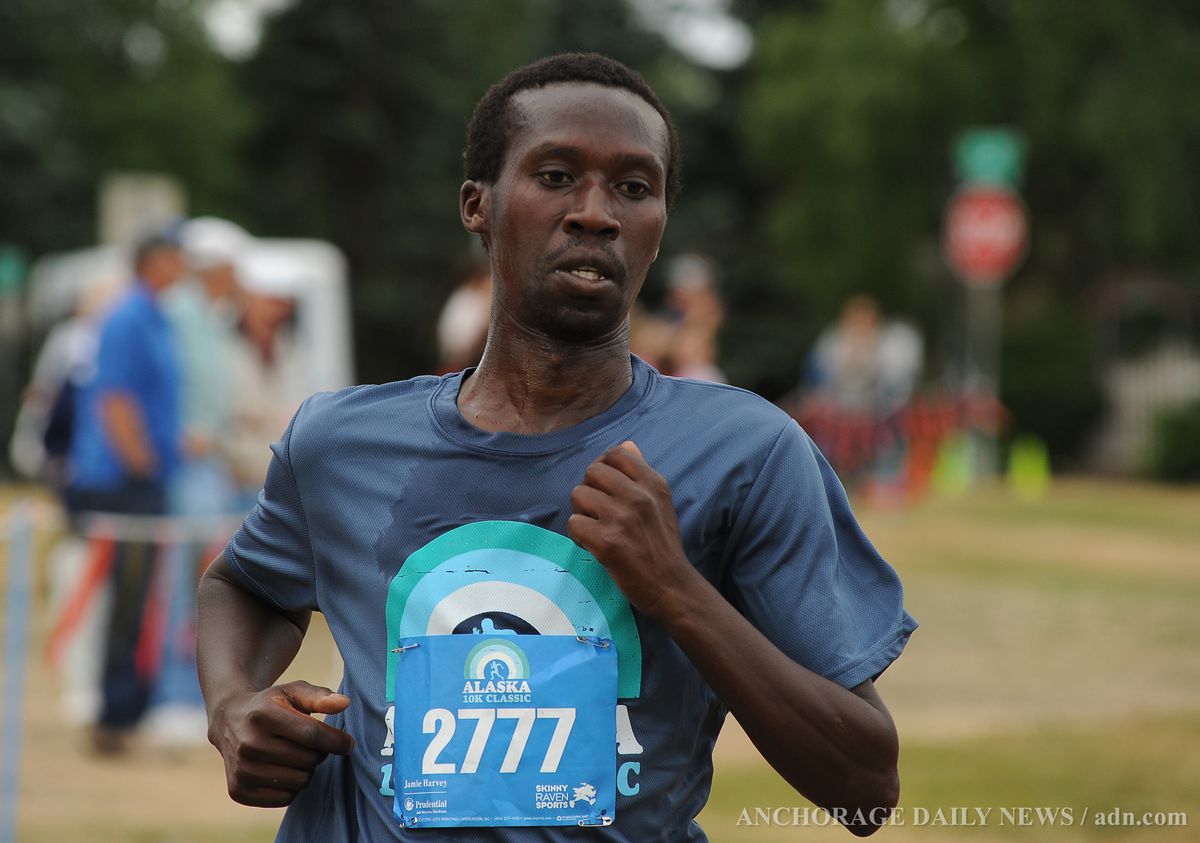 Micah Chelimo, a 12-time All-America distance runner for the Seawolves from 2010-14, has been selected for induction in the U.S. Track and Field and Cross Country Coaches Association’s Division II Hall of Fame. (Bob Hallinen / ADN archive 2013)

Micah Chelimo, a 12-time All-America distance runner for the Seawolves from 2010-14, has been selected for induction in the U.S. Track and Field and Cross Country Coaches Association’s Division II Hall of Fame. (Bob Hallinen / ADN archive 2013)

Micah Chelimo, a four-time NCAA national champion in track and cross country, this week became the first athlete from UAA to earn a spot in a national sports hall of fame.

Chelimo, a 12-time All-America distance runner for the Seawolves from 2010-14, has been selected for induction in the U.S. Track and Field and Cross Country Coaches Association’s Division II Hall of Fame.

It’s the second big national honor bestowed this month on a UAA athlete.

Nolan Nicholas, a senior defenseman on the hockey team, was the winner of the the Senior CLASS Award for NCAA Division I men’s hockey, an award given annually to an athlete in each sport in recognition of outstanding academic, athletic and community achievements.

Chelimo is one of the greatest athletes in UAA history. He won four national titles — one in cross country, three in track — and was a 19-time All-West Region honoree. He was poised to vie for more honors when a ruptured Achilles tendon ended his college career during his final outdoor track season.

He came to UAA from Kenya in 2009 and made an immediate impact, claiming Freshman of the Year honors in the Great Northwest Athletic Conference and finishing third at that year’s West Region championships.

Chelimo, part of a large contingent of Kenyan runners who have competed at UAA over the years, was a sophomore when one of them, William Ritekwiang, committed suicide in February 2011. Several months later, a despondent Marko Cheseto, Ritekwiang’s cousin and a star UAA runner, overdosed and vanished into the woods near campus, where he survived nearly three days while lightly clothed during a snowstorm. He survived but lost both feet to amputation.

The Seawolves were still recovering from those tragedies a few months later when Chelimo won his first national title at the 2012 NCAA Division II outdoor championships.

His victory in the 5,000 meters gave the team a huge lift during a dark time, former UAA coach Michael Friess said.

“I’m very happy that Micah has been recognized by the coaches association as one of the best runners in NCAA history,” Friess said in a press release from UAA. “While he certainly earned this recognition based on his athletic achievements I hope everyone understands that he was so much more than just a fast runner to us. He lifted our program up during a time of great stress and reminded us about what we could achieve and how we should achieve it.

“He was a leader at a time we very much needed a leader and his influence still persists today. His expression of joy winning his first national championship was way more than just being happy about winning, it was the cumulative release of emotion from taking the weight of a program on to his shoulders and lifting us all up.”

Chelimo also starred in the classroom at UAA, where he was an academic All-America selection. He graduated with a degree in mechanical engineering and is currently working on a master’s degrees in public administration while also working as a facility engineer at UAA. He and his wife Joyce — also a decorated runner for the Seawolves — have two sons, Ethan and Kevin.

Also earning national recognition this month is Nicholas, who is the first UAA athlete to win a Senior CLASS Award. He was chosen in a nationwide vote by Division I hockey coaches, media and fans.

Nicholas, of Thunder Bay, Ontario, was the team captain this season and was one of three players who skated in all 36 games. He recorded a team-high 63 blocks.

He compiled a 3.84 cumulative GPA as a criminal justice major and legal studies minor and served as a member of the on-campus Student-Athlete Advisory Committee.