A shooting star from King Cove brings her game to UAA 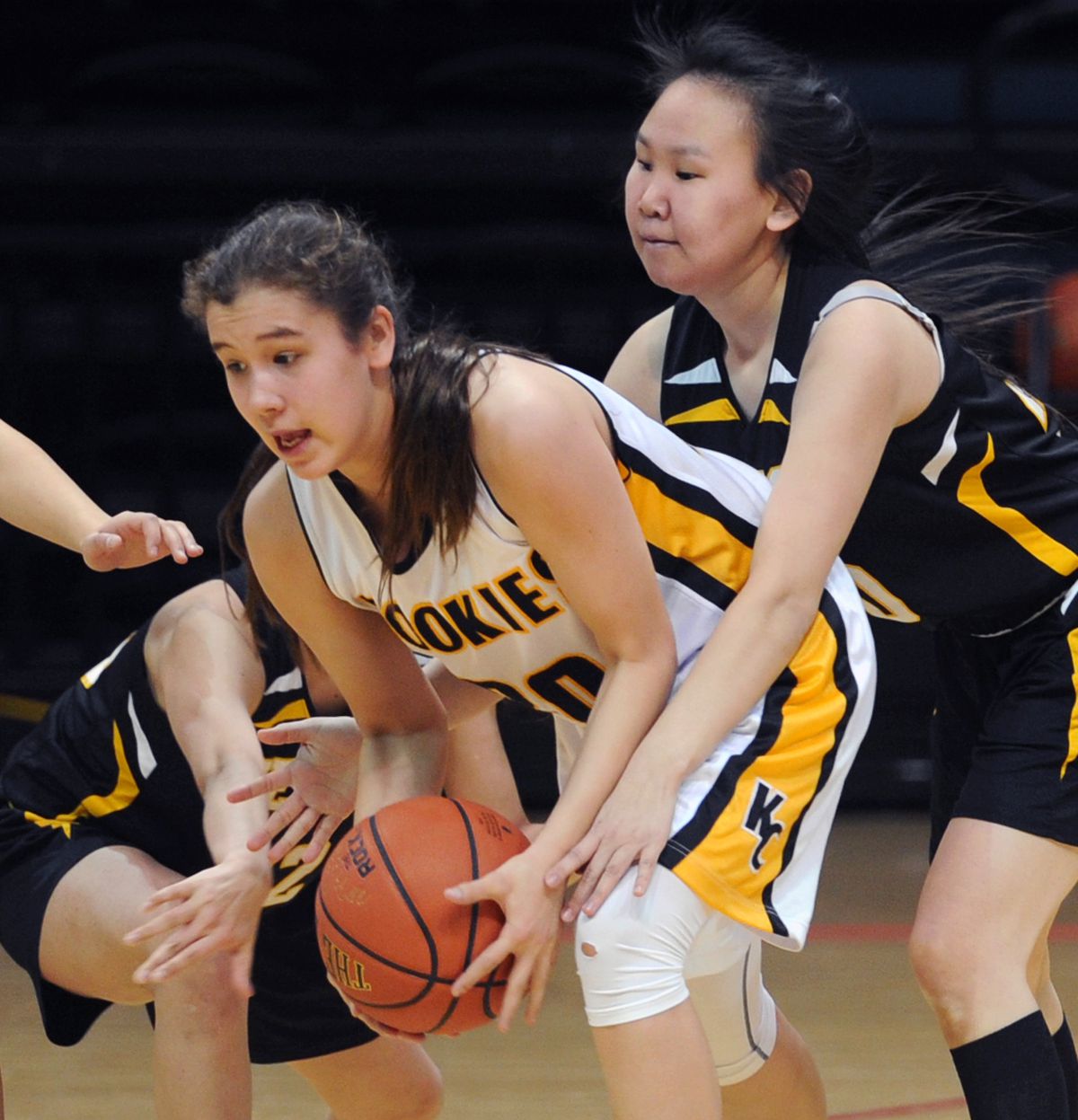 The abrupt end of the basketball season left Elaina Mack of King Cove with unfinished business — she and her teammates were riding a 55-game winning streak and preparing to make a bid for their second straight Class 1A state championship when the season ended prematurely because of the COVID-19 pandemic.

Mack will never get to take care of that unfinished business, because she’s a senior and her high school basketball career is over. But she may be able to help the Seawolves take care of theirs.

Mack, a high-scoring 5-foot-7 guard, signed a letter of intent with the UAA women’s basketball team, becoming the first athlete from King Cove to compete at the school, according to the UAA athletic department.

She joins a Seawolves team that was also denied a chance to chase a championship. UAA was 31-2 and ranked fourth in the nation when the NCAA called off championship events the day before UAA was scheduled to play a first-round game in the West Region tournament.

Recruits from Class 1A towns like King Cove — which has fewer than 100 students, from kindergarten to high school — are rare at UAA. But so is Mack’s exceptional shooting touch, UAA coach Ryan McCarthy said.

“She shoots the ball so well,” he said. “You can’t really teach someone to be an elite shooter. She’s got one of the better (shots) I’ve seen.”

Mack averaged more than 40 points per game this season, scored 50 or more in four games and drained 127 3-pointers in a combined 25 games. In King Cove’s 72-34 win over Tri-Valley in the 2019 state championships game, she poured in 30 points.

By then, the Rookies had an idea the state tournament might be canceled, Mack said. “It was pretty devastating, because we wanted to go back-to-back and finish off our season undefeated.”

Mack said she was looking at community colleges before she heard from UAA. She’s never seen the Seawolves play but knows they push the pace and press the whole game, which is how King Cove plays, she said.

McCarthy said he first heard about Mack from AAU coaches.

“They said she’s a diamond in the rough, a 1A basketball player who has these crazy stats, and when she played against big-school players she surprised them,” he said.

McCarthy said when he finally saw Mack play, “there were a lot of things that reminded me of Jenna Buchanan,” a smooth-shooting Class 3A player from Galena who played for the Seawolves from 2012-16.

Mack is the third member of McCarthy’s current recruiting class, with one or two more additions still to be announced.

In November, the Seawolves signed Malie Marfil, a 5-7 point guard at Kamehameha-Kapalama High School in Honolulu, the MVP at this year’s Hawaii Senior Classic all-start game.

This week, they announced the signing of Ra’Anaa Bey, another 5-7 guard who comes to UAA after one season at Diablo College in California — the same program that produced Safiyyah Yasin, a senior standout for UAA this season.