With his school shutting down, a Concordia player joins UAA men’s basketball team 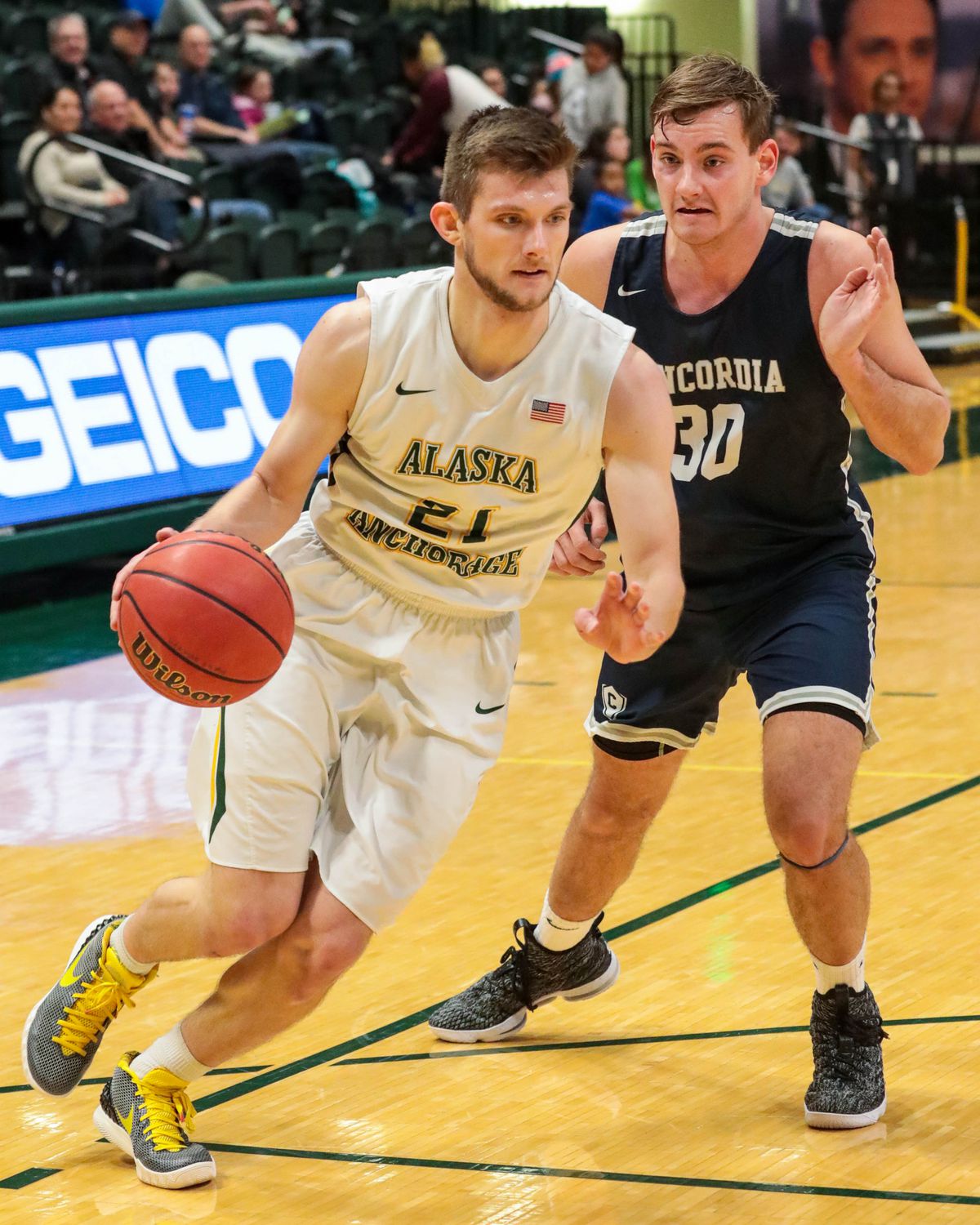 A familiar foe will join the family next season for the UAA men’s basketball team.

Hunter Sweet, a forward who is 1-5 against the Seawolves but scored in double figures in three of those six games, will play his senior season in Anchorage.

Sweet comes to UAA from Concordia-Portland, which is closing at the end of the current semester because of financial troubles. The news the school was closing came in mid-February during the heart of the basketball season.

Sweet, a 6-foot-4 forward who shoots 47.8% from the field, totaled 768 points, 303 rebounds and 99 assists in 75 games with the Cavaliers. He averaged a team-high 12.1 points this season and was an all-Great Northwest Athletic Conference honorable mention pick.

“We have competed against him for three years and always had a high level of respect for his talent,” UAA coach Rusty Osborne said in a release from UAA. “His ability to shoot from the 3-point line and also be highly efficient in the post creates a lot of mismatches.

“Having already been through our league multiple times, Hunter brings experience and familiarity in many areas, including travel, knowledge of opponents, and experience in opposing venues. This will be very valuable and one less adjustment he will need to make after joining our lineup.”

Sweet started 46 games for the Cavaliers, and according to a Concordia coach he gave up a starting role and some of his playing time this season after the school announced it would close.

“One of the big reasons our team stayed together and competed hard after the announcement of the closure was Hunter’s willingness to sacrifice for the good of his teammates,” Concordia coach Roderick Rhodes said in the UAA release. “He was one of the guys who sacrificed playing time so our seniors could not only enjoy their final season, but also to help the underclassman gain experience which would help them find another school.”

He went to high school with Bevens at Beaverton High School in Oregon, where they won back-to-back Metro League titles. This season, both earned honorable mention honors in the GNAC.