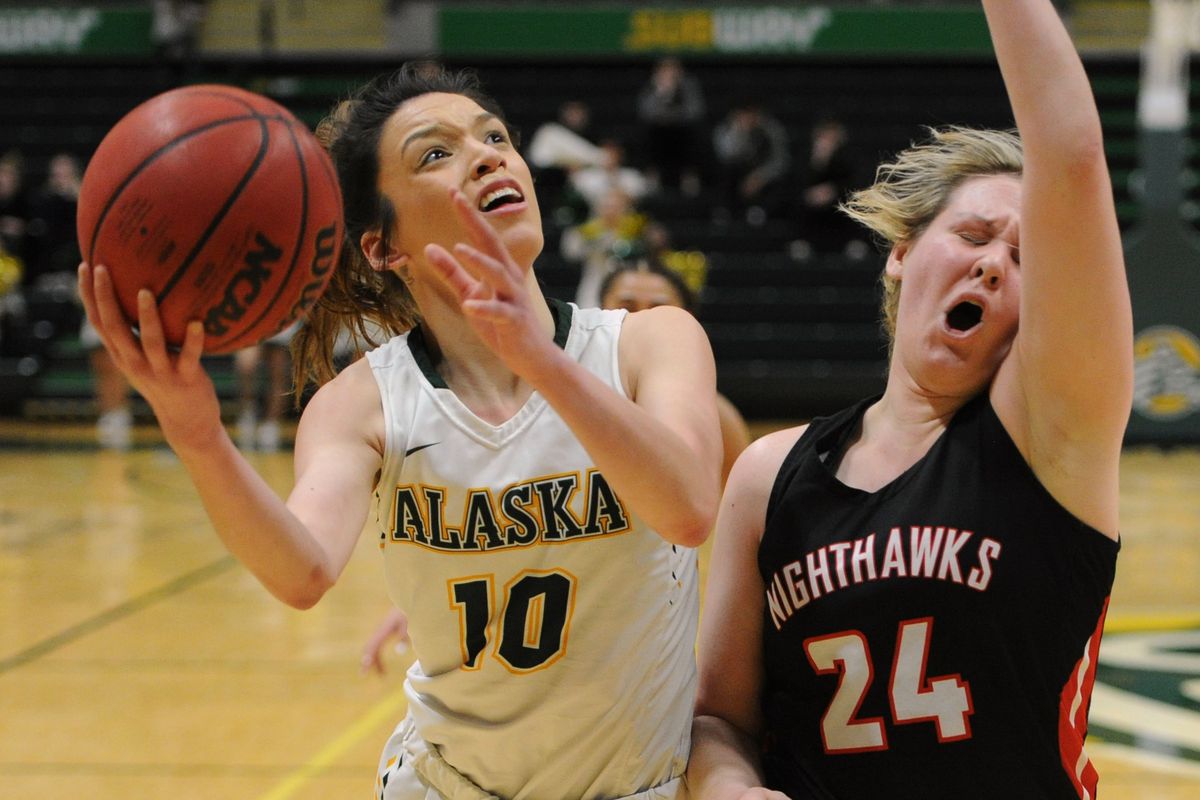 Yazmeen Goo, left, a key player for the UAA women's basketball team for four straight seasons, is the school's Athlete of the Year for 2019-20. (Bill Roth / ADN archives)

Yazmeen Goo, left, a key player for the UAA women's basketball team for four straight seasons, is the school's Athlete of the Year for 2019-20. (Bill Roth / ADN archives)

For the fifth year in a row, the winner of UAA’s athlete of the year award is a woman — and for the second time in five years, she’s a member of the school’s successful women’s basketball program.

Goo wrapped up a four-year career as an All-America honorable mention pick for the Seawolves. She was also a first-team all-Great Northwest Athletic Conference pick and a second-team all-West Region, honors earned during a season in which she averaged 10.1 points, 3.9 assists, 2.6 rebounds and 1.6 steals per game. Her 56.8% shooting from the field was the best in school history by a guard.

She was a key player for the Seawolves, who finished the season 31-2 and were ranked fourth in the national when COVID-19 ended the NCAA season during the first week of the postseason.

Goo, who is from Daly City, California, was a top contributor for four seasons and a starter for three. During that time, the Seawolves went 118-12. As a senior she made the GNAC all-academic team with a 3.39 GPA in justice.

UAA has honored a top athlete every year since 1985. Women have won it 20 times; men have won it 17 times. On two occasions, the award was shared by two athletes.

UAA’s other major athletic award for 2019-20 — the Dresser Cup for academic achievement — was shared by four athletes — skiers Natalie Hynes, Michaela Keller-Miller and Dominic Unterberger, and track runner Marie Ries. All finished the spring semester with cumulative GPAs of 4.0.

Claiming the 2020 Alaska Born and Raised Award, was skier Anna Darnell of Anchorage. The award goes to a graduating senior who has lived in Alaska more than half of their life and graduated from an Alaska high school. This is the second year the award has been presented.

Bill MacKay Athlete of the Year