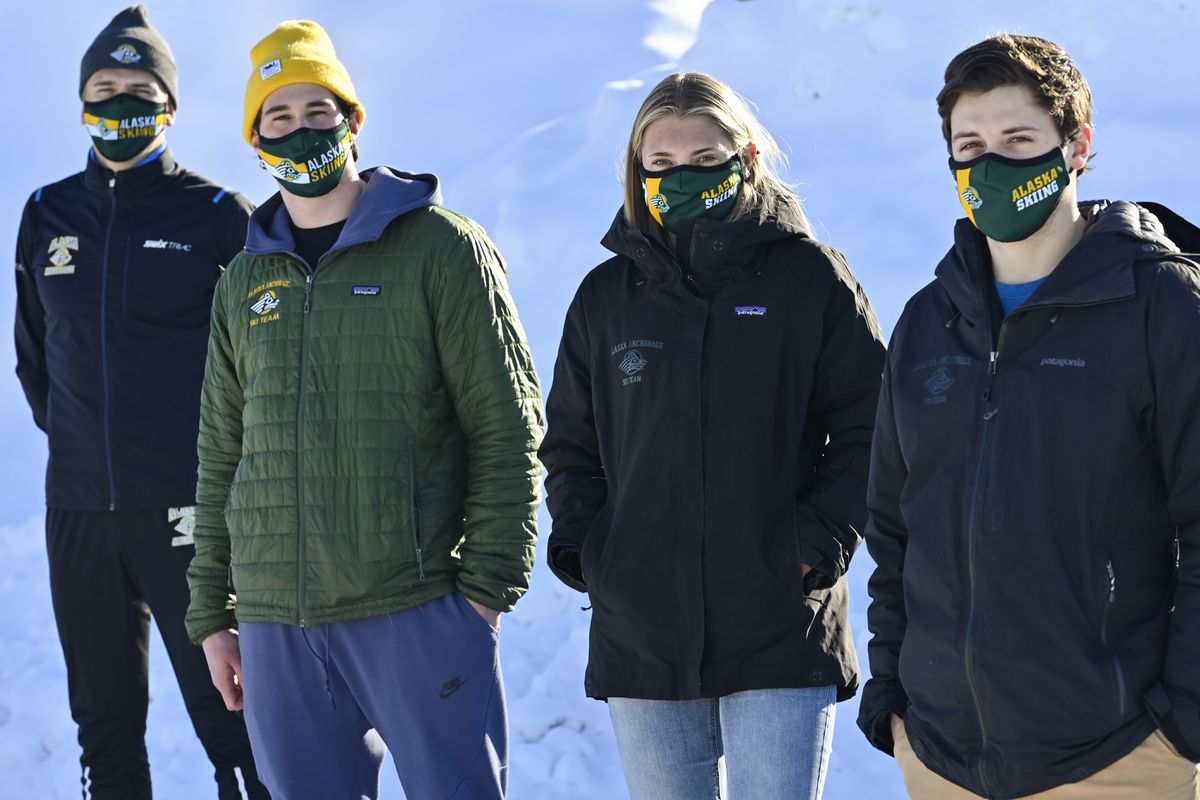 Their team was on the brink of elimination and their season was held amid a global pandemic, so there’s little that can rattle the Seawolves as they head into the NCAA Championships this week in New Hampshire.

UAA qualified a full team of 12 skiers for the four-day championships in Durham. Three of them — nordic skiers Astrid Stav and Sigurd Roenning and alpine skier Rebecca Fiegl — chalked up podium finishes during the regular season.

Four are freshmen, including Stav. Most of the others were at the NCAA Championships last year in Bozeman, Montana, when competition was canceled after two days because of COVID-19, which was just picking up steam at that point.

Alpine skier Michael Soetaert didn’t get a chance last time to ski his strongest event, the slalom, and said he feels like there’s unfinished business to attend to.

“You always feel like that when races get canceled,” he said. “Everybody always feels like, oh, man, what if that was the day when I was feeling good?”

The races will mark the end of Soetaert’s racing career. He’ll graduate from UAA in the spring with a degree in health science and has a research job lined up in Anchorage. Sometime soon, he said, he’ll take the MCAT exam with the goal of attending medical school.

But first, he’ll compete in his fourth NCAA Championships.

Other alpine skiers include junior Didrik Nilsen and freshman Moro Bamber for the men and seniors Fiegl, Georgia Burgess and Li Djurestaal for the women.

On the nordic side, it’s Roenning and sophomores Espen Persen and Magnus Noroey for the men and freshmen Stav, Tuva Bygrave and Pascale Paradistav for the women.

The nordic skiers especially are excited to compete in New Hampshire — Durham is at sea level and the Seawolves train at sea level, but and all of their races this season have been at altitude.

“It’s sea level and we do all our training here at sea level, so we get a lot of speed and high intensity (workouts),” said Roenning, a junior who was the national runner-up in the 20K classic race as a freshman. “I’m confident we can do well there.”

Late last summer, with the University of Alaska contending with deep budget cuts, the ski team was targeted for elimination. Later, the cross country team was spared but the alpine team was still on the chopping block unless it could raise $628,000 in a few months’ time. The team met the goal just before Christmas.

“We’ve clearly been through a lot this season, and we have an extremely resilient group that has earned this opportunity in spades,” UAA head coach Sparky Anderson said. “These kids not only fought through training and competing amidst a global pandemic; they had to endure the stress of their program being cut.”

The championships run Wednesday through Saturday, with alpine races Wednesday and Friday at Cannon Mountain and nordic races Thursday and Saturday at Jackson XC.