Deals and tips from a bona fide cruise expert 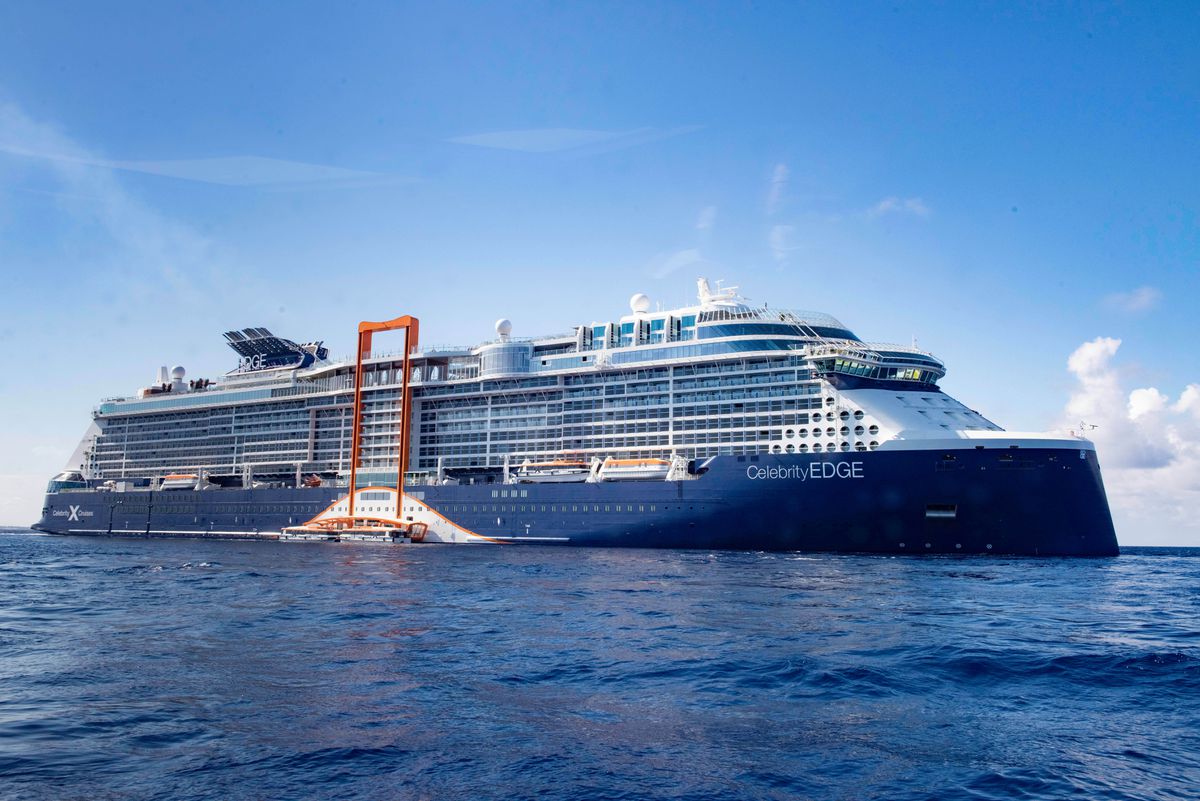 The Celebrity Edge sails to the Caribbean from Fort Lauderdale, Florida. (Celebrity Cruises)

The Celebrity Edge sails to the Caribbean from Fort Lauderdale, Florida. (Celebrity Cruises)

Do you know what “Wave Season” is? We’re in the middle of it now—and it has nothing to do with rough seas in the Gulf of Alaska.

Rather, it’s a three-month marketing campaign by cruise lines to get more people on cruise ships. After all, about 30 million people went on holiday cruises last year. And with 23 new cruise ships set to launch within the next year, that number is expected to grow to more than 32 million this year.

For a good look at some of the best cruise deals, I checked in with the only person I know who’s sailed on 187 different cruises. Her name is Anita Dunham-Potter and her Instagram handle is @ExpertCruiser. Her background as a flight attendant for U.S. Airways helped fuel her love for frequent international travel. For more than 20 years, she’s focused on cruises — and on telling people how to get the most for their cruise dollars.

Fresh off the boat after a cruise from Barcelona to London, Dunham-Potter had lots of good things to say about Viking Cruises. “All the Viking ships are amazing,” she said. “The food is amazing and during a port call in Cartagena, Spain we went shopping with the chef for the freshest ingredients,” she said.

Dunham-Potter offers a suggestion if you’re planning a European cruise: “You should definitely stay a few extra days,” she said. Following her cruise on the Viking Star, she spent three days in London.

Not all ships are created equal. Dunham-Potter’s ship, the Viking Star, has a capacity of 930 passengers. Some of the ships that cruise Alaska’s Inside Passage host more than 3,000 passengers. On her Alaska cruise this summer, Dunham-Potter sailed on the Seven Seas Mariner from Seward to Vancouver. This ship can accommodate 700 passengers. “The Regent cruises are more expensive,” said Dunham-Potter, “but they include almost everything. That includes the gratuities, the Wi-Fi and all shore excursions except flightseeing.”

Dunham-Potter has a dream itinerary if you’re only going to go on one cruise: “Find a two-week itinerary in the Mediterranean, say Barcelona to either Athens or Istanbul. You’ll hit the European capitals and the Greek Isles,” she said.

Right now, Dunham-Potter is planning another cruise to Australia. “I really like a smaller ship,” she said. (By “smaller” she means about 1,200 passengers.) “I think Holland America really found a sweet spot. They’ve got excellent food, and I love the entertainment. There’s a B.B. King Blues Club on all of the ships and all of the musicians are from Memphis,” she said.

If you’re a first-time cruiser, Dunham-Potter recommends checking with a travel agent to answer all your questions. “Although you can talk to an agent at Costco Travel, where I bought my last cruise,” she said.

There are more cruise opportunities around the world now than ever before. I have two friends who just returned from a 17-day cruise to Antarctica on Hurtigruten Cruises. Travelzoo offers a “wave season” special for $5,499.

“Silversea is the best cruise line,” said Dunham-Potter. Out of 187 cruises, the 19-day sailing on the Silver Muse ranks as her favorite. “We sailed from Muscat, Oman, to Singapore,” she said. “On the way we visited India, Sri Lanka, Myanmar, Malaysia and Thailand. The cruise offered amazing sightseeing."

“OK,” she added, “I have two favorite cruises. The other one is a Viking River cruise in China. The 16-day tour started in Shanghai. Then I flew to Wuhan (yes, that place with the coronavirus) sailed up the Yangtze River for six days. Afterwards, we flew to Xian to see the Terra Cotta Warriors, then to Beijing where we spent three days touring the city and Great Wall. It’s basically the best of China in one nicely packaged trip."

1. Carnival’s newest ship, the Panorama, sails to Mexico year-round from Long Beach, California. Inside staterooms are available from $489 per person.

2. Norwegian Cruise Lines’ newest ship, the Encore, sails from Miami to the Caribbean. Rates start at $599 per person for an inside stateroom.

3. Princess’s newest ship, the Sky Princess, sails various Caribbean itineraries from Fort Lauderdale, Florida. Rates start at $660 per person for an inside stateroom.

4. Celebrity’s newest ship, the Edge, also sails to the Caribbean from Fort Lauderdale. Inside staterooms are available for as little as $849 per person.

Dunham-Potter has some important advice for travelers to the Caribbean: “Don’t buy a cruise to the Caribbean in hurricane season,” she said. Officially, that season is June 1-Nov. 30.

Because there are so many ships and so many cruise companies, there are many ways to find a good deal on your next cruise. Sometimes travel agents will have specials. Checking on the iCruise.com website, I found a bunch of good deals:

1. Sail on the Carnival Inspiration from L.A. to Baja California on Feb. 3. The four-night cruise is available for as little as $164 per person in an inside cabin.

2. Sail across the Atlantic on the Crown Princess from Fort Lauderdale to Barcelona on March 26. The 16-night itinerary includes port calls in Morocco, Spain, Mallorca and Barcelona. Rates start at $1,050 per person for an inside stateroom.

Costco Travel has a huge selection of cruises, many of which include a Costco gift card as part of the package. A 14-day around-Japan cruise (sails Sept. 27) on the Celebrity Millennium is available for as little as $2,179 per person for an inside stateroom. That includes a $330 Costco gift card. There also are some shipboard credits and free Wi-Fi included.

Costco also offers an around-the-Iberian Peninsula cruise on the Celebrity Infinity (sails Aug. 30). The 10-night cruise leaves from Barcelona and includes stops in Gibraltar, Lisbon and Porto. The cruise fare starts at $1,749 per person for an inside stateroom. There’s a $260 Costco gift card included, as well as shopboard credits, free Wi-Fi and prepaid gratuities.

Speaking of gratuities, Dunham-Potter encourages cruisers to tip generously. “Folks that work on the ships earn most of their income from tips,” she said. “The cruise lines would not exist if it wasn’t for the hardworking people on the ships and the low labor costs.”