Many Alaska hospitals have relaxed their COVID-19 visitor restrictions 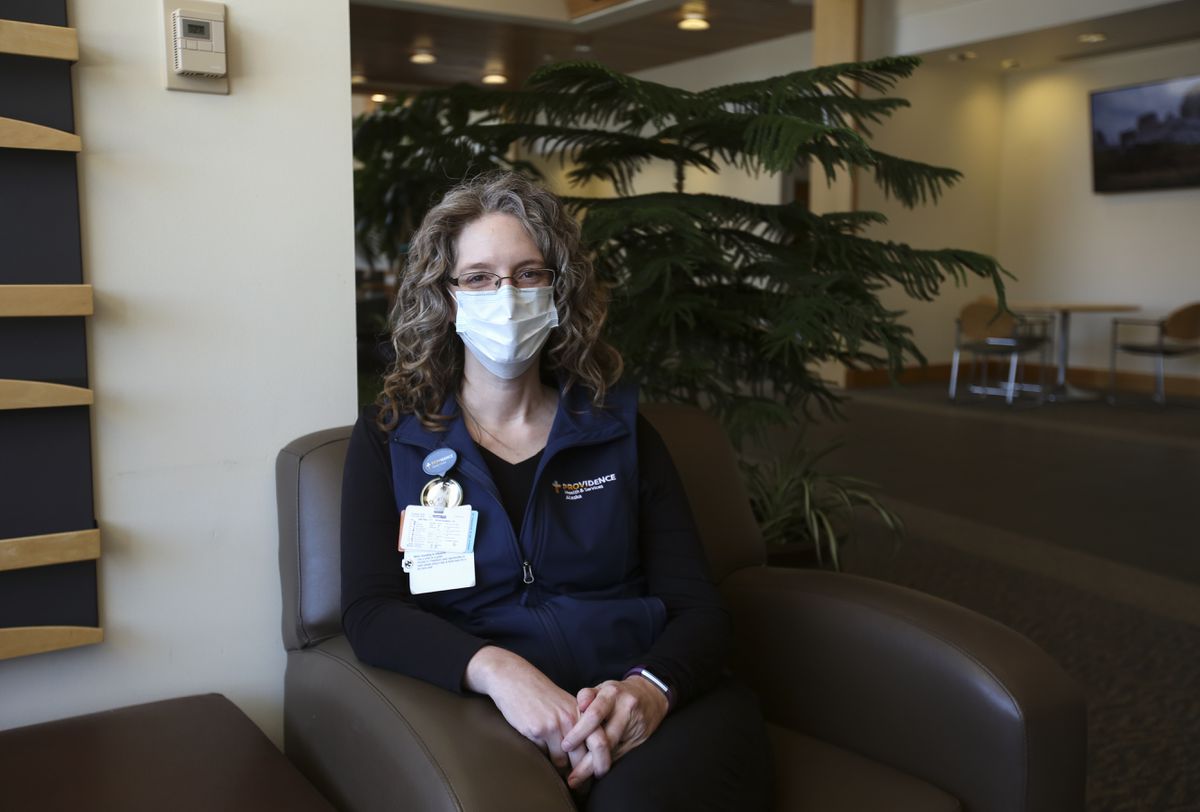 A year into the coronavirus pandemic, many Alaska hospitals have now at least partially loosened COVID-19 visitor restrictions.

While policies have varied by facility and region, most now permit at least one visitor per patient — a shift from most of last year, when family visitations were largely barred to prevent coronavirus spread.

Families of patients in Alaska this past year have described how difficult and uncertain it could feel to be separated from their hospitalized loved ones, relying on calls from hospital staff for updates, and in some cases, not being able to be present when their family member died.

Heather Andersen, a nurse project manager at Providence Medical Center, said she knows firsthand how hard it has been for families. Nearly a year ago, right after Providence had implemented its new COVID-19 visitor restrictions, she had to drop her husband off at the emergency room soon after he had been diagnosed with cancer and was in the early stages of his treatment (he is now in remission).

“I was scared and frustrated that I couldn’t go in with him,” she said. “I knew the reasons why I wasn’t able to go in with him, and while it was hard, I knew it was the right thing.”

Up until then, she had been able to attend all his scans and procedures. After the pandemic started, she had to rely on joining him via speaker phone — which she did even if he fell asleep, so that she could help answer questions if a doctor came into the room.

Virtual visitation “wasn’t ideal, but made it bearable,” she said.

For patients, recovery is easier when they have loved ones around, said Abbey Jackson, clinic practice manager at the Alaska Native Medical Center.

In the absence of visitors, hospital caregivers often had to step up to fill that role, she said.

[In Alaska, COVID-19 case counts are rising again — and the pace of vaccination has plateaued]

“The patients needed an outlet, and I think our staff became that outlet,” Jackson said. “(Staff) became the family or friend that was missing, in addition to their role as provider.”

Throughout the pandemic, visitation policies have varied widely by hospital, and restrictions have eased up at different paces.

Providence Medical Center in Anchorage began allowing one guest per patient beginning at the end of February, after nearly a year of only allowing limited visitations in most cases.

At the Alaska Native Medical Center, also in Anchorage, an updated visitor policy went into effect in mid-March that began allowing one visitor per patient for most inpatient and emergency room admits.

[With post-pandemic life on the horizon, some people are feeling dread and anxiety]

Jackson, the clinic practice manager who works in the rehabilitation department at ANMC, said restricted access over the last year has been tough on everyone, though she believes it was a necessary precaution.

There are a few patients that stick out in her mind as having had a particularly difficult time, she said.

“Many of them, with this self-isolation, they would just kind of shut down,” she said. “They wouldn’t talk, they wouldn’t interact with the providers. Many appeared to have regressed in their therapy.”

That’s started to change now that family members are able to visit again, she said.

“When we were able to get family in, we were able to see the patients that were dealing with those issues just change night and day, start to participate, laugh, smile. Once their family members were able to come in and visit them, they were able to progress relatively quickly,” she said.

One of the first hospitals in the state to begin allowing visitors was Fairbanks Memorial Hospital, which transitioned last fall to allowing one visitor per patients based on long internal conversations and feedback from patients and staff, according to Dr. Angelique Ramirez, the chief medical officer with the Foundation Health Partners.

The decision to open up to visitors at a time when most other hospitals in the state were more restricted was tough, she said, but ultimately one she stands by.

“It did give us pause, because we were out of the norm at the time we made that transition,” she said. “But we took the stance that family members and caregivers are part of the care team, and that we couldn’t provide safe, quality care without them.”

Hospital leadership also felt at that point that they knew how to mitigate the virus even with visitors, she said.

The hospital is still waiting on overall case rates in Fairbanks to decline more to open up visitations further, she added — the region is still in the state’s highest alert category based on its per capita case rate. But even a one-visitor policy has been hard on patients, their families and staff, she said.

As the hospitals slowly reopen to visitors, Jackson with ANMC said the experience has felt a little like a double-edged sword, because the chance of the virus spreading in the hospital is now slightly higher, particularly as coronavirus case counts begin to tick up again statewide.

“Typically, isolation for long periods of time is not good for anyone,” she said. “It’s just, the downside of that is our protective walls are more relaxed, and we are at more risk for exposure.”

At the end of the day, it all still feels like a balancing act, she said — between keeping everyone safe, and making sure patients don’t feel so isolated and alone.

“We all see the value of having family at the bedside, and seeing some of those reunions has been moving,” said Andersen. “There have definitely been some happy tears shed.”