Man killed by police after standoff and attack on police dog 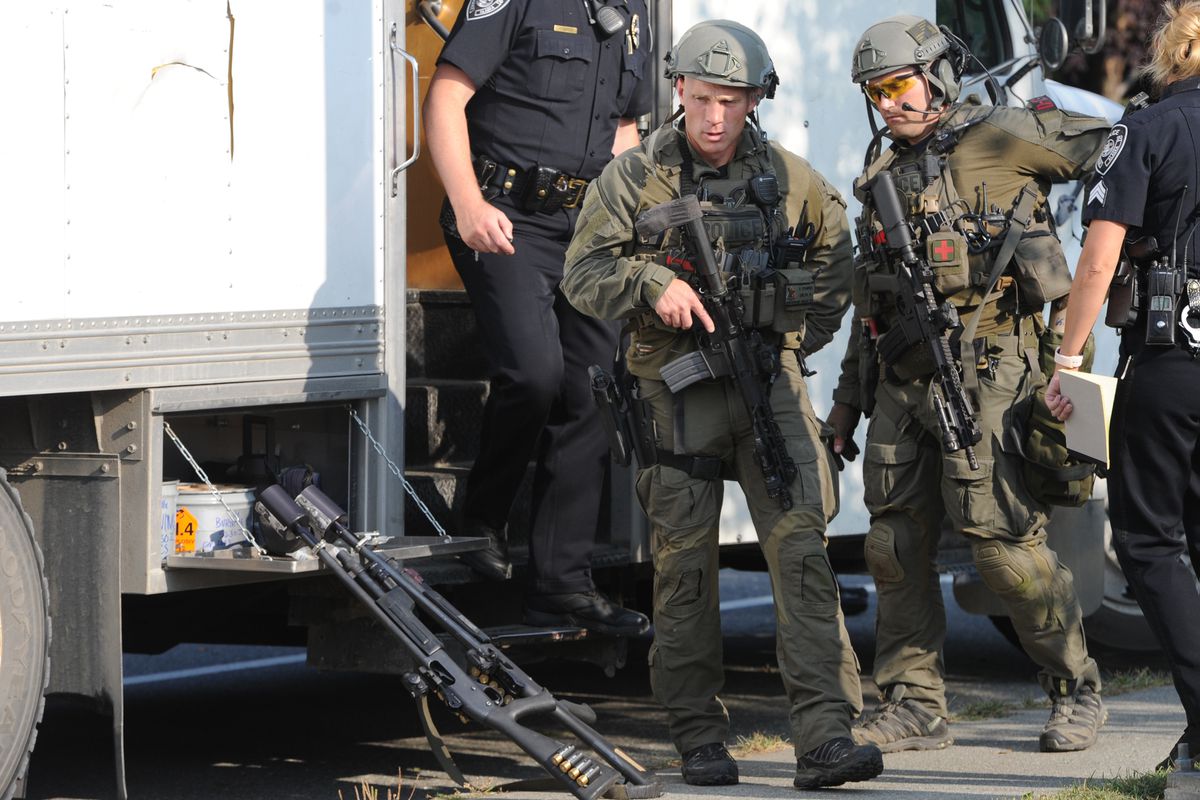 The officer who killed Kevin Phoummany was identified late Thursday by Anchorage police as Joshua Hooyer, a member of the force since 2014.

Police have identified the man killed in Monday’s standoff as 38-year-old Kevin Phoummany.

Anchorage police shot and killed a man Monday evening after a four-hour standoff, police said. The man was shot after he stabbed a police K9.

According to police, officers initially responded to reports of a “suspicious person with a gun” in the 1700 block of Wildberry Loop, near Strawberry Road, around 2:30 p.m. Monday.

Officers received information that the man was “under the influence of drugs and threatening suicide and had pointed the weapon at more than one person,” said Police Chief Justin Doll in a press conference Monday night.

After officers arrived, police said the armed man was standing by a vehicle. Ignoring commands from officers, he walked up to a house and tried to open a door. When he was unable to open it, he fired into the home, breaking a window next to the door. He then “turned around, pointed his gun at responding officers, and fired a shot,” police wrote in a report. Climbing through the broken window, he entered the house, police said.

Police officers then helped three people leave the home, Doll said. SWAT and negotiators responded to the scene, several homes in the area were evacuated and an arrest warrant was obtained for the man for multiple counts of felony assault. Police have not identified the man, but said he lived in the house.

Around 6:35 p.m., after the man had not responded to police negotiations, SWAT deployed chemical agents into the residence. The suspect then left the home through a rear window armed with “a large sword,” Doll said.

The man approached a team of law enforcement, which included a police K9, police said.

“He attacked the police K9 with a sword and was shot by the SWAT officer,” Doll said.

The man was taken to a hospital where he died shortly after 7 p.m., police said.

The police dog was taken to an animal hospital for treatment and underwent surgery Monday evening. The dog is expected to survive, police said. No officers were injured during the incident, police said.

Officers have fired on four people in 2019, three of whom have died, according to police.