A lawsuit in Alaska can begin the end of SuperPACs 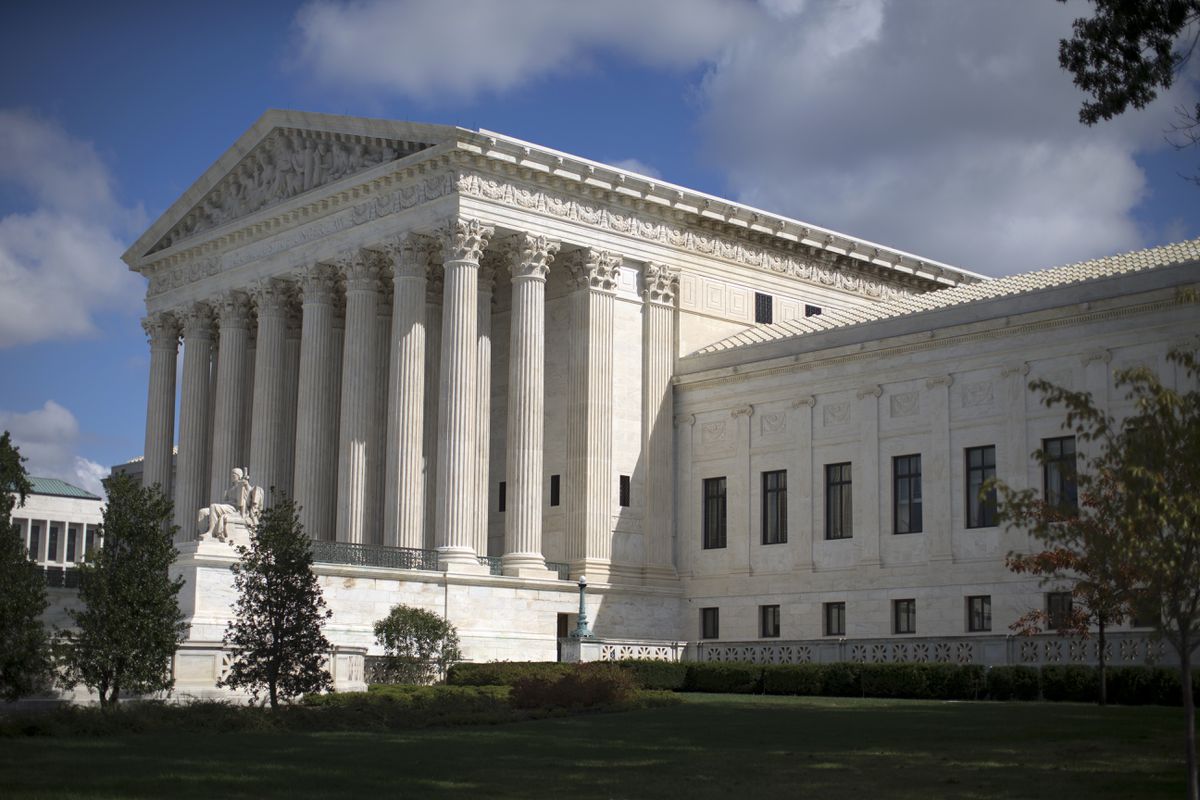 In this Oct. 5, 2015 file photo, the Supreme Court is seen in Washington.  (AP Photo/Carolyn Kaster, File)

In this Oct. 5, 2015 file photo, the Supreme Court is seen in Washington.  (AP Photo/Carolyn Kaster, File)

The summer sun is high in the sky, and we all know what that means — high temperatures, long nights and the beginning of a deluge of campaign spending for the state and federal elections this fall. And those people spending the big money on political ads aren't just doing favors for their friends, of course: regardless of whether they are giving money to Democrats or Republicans, the spenders have things they want done when legislators get to work in 2019, like tax breaks, oil permits, pension protections, and much more. As pretty much everyone knows, if you want something from a politician in 2019, writing a big check to the SuperPAC supporting the candidate of your choice is a great, reliable way to tilt the odds in your favor.

While the whole country is awash in dark, corrupting money that goes to technically independent groups like SuperPACs, the problem is particularly acute in states where resources are plentiful but the population is low. Take Alaska: our nation's largest state is awash in oil, and it has the four largest national parks and two largest national wildlife refuges in the country — but it has the fifth-smallest population. That means that just a few thousand voters can elect politicians who will determine the fate of an entire oil pipeline or caribou herd. And that, in turn, means that special interests can spend just a small sum of money on political donations and get a massive return.

With that much at stake, it's not surprising that Alaska's citizens prefer tight caps on campaign contributions. Under a 2006 initiative that passed with 73 percent support, independent groups that spend money on political ads are not supposed to accept more than $1,000 from any person. Those limits keep any one person, company, group, or union from having an undue influence over any particular politician or policy.

Except, there's a problem: The agency charged with regulating elections in Alaska stopped enforcing those tight limits in 2012. It did so not because the laws were repealed or because a court struck them down, but because the agency determined, on its own, that the laws were unconstitutional. So companies, unions, and wealthy individuals are now free to donate as much as they wish to these nominally-independent political groups. Given the amount of money some folks stand to gain from favorable government policies, you won't be surprised to learn that five- and even six-figure checks have not been uncommon this election cycle. Those donations are a small price to pay for a permit to a pipeline that could net many millions of dollars.

To be fair to the agency that is allowing these massive contributions, its legal position is not crazy. To the contrary, the agency's advisory opinion on this issue cited lower court opinions from around the country that struck down somewhat similar laws in other states and cities. The agency, then, is not the problem.

Instead, the problem is that these lower court opinions that unleashed the SuperPAC are wrong. They take an unduly broad view of the Supreme Court's infamous decision in Citizens United and an unduly narrow view of the government's permissible role in preventing the corrupting influence of big money donations, even to groups that are supposedly independent from candidates themselves. Those decisions have done grave damage to our nation, and they are ripe for overruling. But how?

Given the composition of the judiciary and the arguments that have already been made, the only way to get courts to recognize that the government can, and should, prevent the corrupting influence of unlimited dark money is to go back to the principles our framers gave us. James Madison, Thomas Jefferson, George Washington, Alexander Hamilton: All of them wished to see a government dependent not on kings or narrow special interests, but on the people themselves. And they gave us a Constitution that embodied this broad anti-corruption principle. Thus, if courts look at the problem through the lens of the constitutional theory called "originalism," they should reverse these lower court decisions and let Alaska begin enforcing its campaign contribution limits once again.

I don't expect the courts to take my word for it, or the word of any other lawyer. That's why, in an important money-in-politics case going on in Anchorage, a court will hear the testimony this fall of a Pulitzer prize-winning constitutional historian named Jack Rakove. At long last, a court will hear specific evidence, through in-person testimony, of how and why our framers sought to permit the government to adopt regulations similar in spirit to the one Alaska citizens did in 2006. And, with self-professed originalist Justice Neil Gorsuch on the U.S. Supreme Court and another originalist, Brett Kavanaugh, set to replace the retiring Justice Kennedy, perhaps this kind of evidence will be just the ticket to getting the courts to finally step back from the brink of madness when it comes to election spending.

So the first steps toward finally restoring limits on SuperPACs could take place in Alaska. Whether history will be made here depends on how seriously judges consider our framers' attempts to prevent corruption.