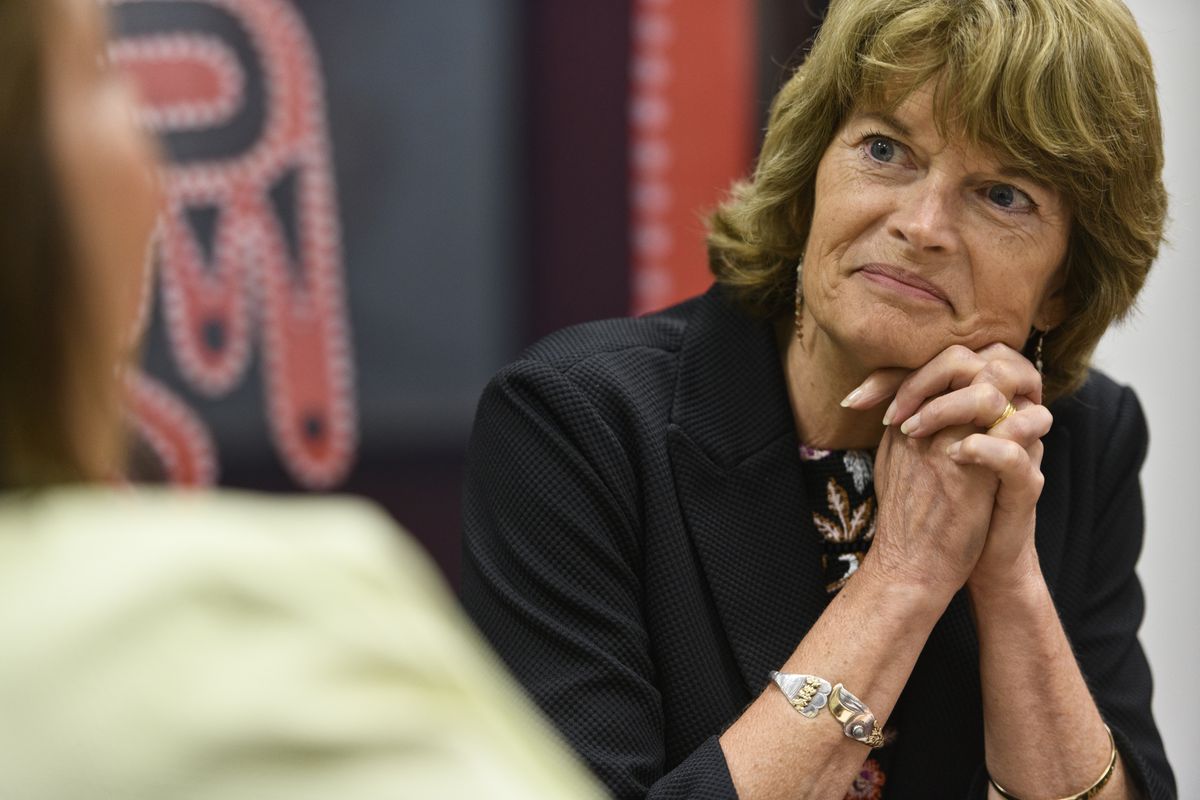 Alaska’s Republican U.S. senators on Friday denounced the impeachment process that has unfolded in the House of Representatives and that may soon reach the Senate if the House brings formal impeachment charges against President Donald Trump.

Sen. Lisa Murkowski said she has not been impressed with the Democratic-led process in the House.

“There has been little to no, I think, efforts to try to work with either the Republican House members on the committees, or to kind of come to some terms of rules of engagement,” she said in a telephone interview.

“And so it has made this appear even more partisan than perhaps it might have otherwise,” she said.

Sen. Dan Sullivan, meeting with Anchorage Daily News reporters on Friday, said the process in the House has been unfair and “sorely lacking” in due process protections for the president. The initial hearings occurred in closed-door hearings, with the Democratic majority selectively leaking information to national media outlets, he said.

House Speaker Nancy Pelosi announced on Thursday the House would draft articles of impeachment against the president, after the House Intelligence Committee released its finding that Trump abused his office in part by withholding $391 million in military aid to pressure Ukraine for political favors. The inquiry came in the wake of Trump’s request to Ukraine President Volodymyr Zelensky for an investigation into political rival and Democrat Sen. Joe Biden and his son Hunter, who served on the board of a Ukrainian gas company while his father was vice president.

Sullivan said Trump has cited legitimate reasons for delaying the military aid, including concerns about corruption in Ukraine. There was uncertainty over whether Zelensky, elected in April, would also be corrupt, Sullivan said.

“And under federal law, we have to actually look at that before we send military aid,” Sullivan said.

Sullivan said he might have handled the phone call differently than the president did.

“Would I have tied that directly to Joe Biden? Maybe not,” Sullivan said. “But is that an impeachable offense? That’s the real question, and I think that’s a pretty high bar.”

Sullivan said he was limited in what he could say about the issue because he might be a juror if the House votes to move charges to the Senate for a trial, a step that could happen before Christmas. If that happens, the Republican-led Senate is not expected to support removing the president from office.

Sullivan said that a vote on impeachment charges in the House could see bipartisan opposition, with only partisan support from Democrats.

“That would also be a first in U.S. history, and even the speaker has said previously that if you’re going to do something as dramatic as impeachment, you better be bringing out a strong bipartisan group of House members to do it,” he said.

Rep. Don Young, R-Alaska, could not be reached for comment. He has previously called the impeachment inquiry a “charade” and “political stunt” by House Democrats.