The death and burial of our dearest mother and grandmother 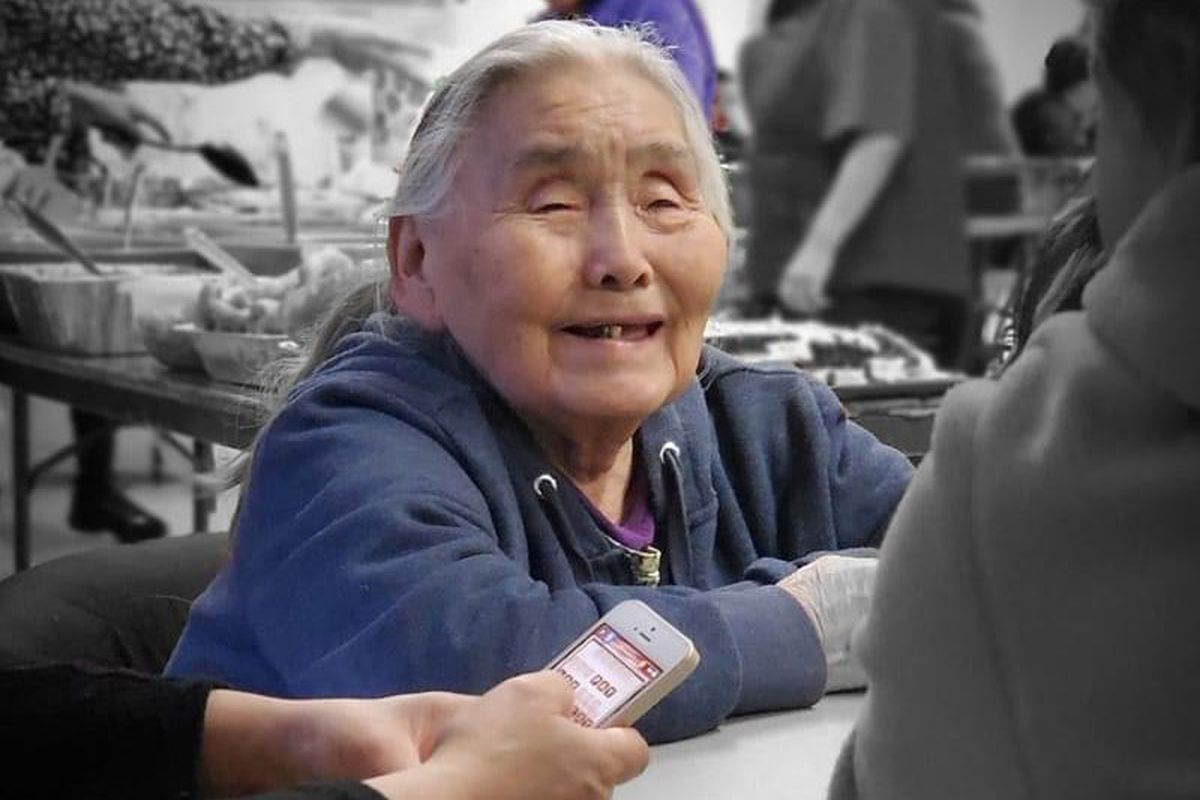 Editor’s note: Cynthia Ivan is from Akiak, on the Kuskokwim River in Western Alaska. She wrote this account on Facebook about the death of her grandmother, Lucy Ivan, who had COVID-19. A slightly edited and expanded version is published here with the family’s permission.

Lucy Ivan, 84, died at home Saturday and was buried in Akiak on Monday. She didn’t want to be medevaced to Bethel, alone and far from family. Her two sons, her daughter, and her grandson closed her casket for the last time, nailed it shut, and carried her outside to a trailer attached to a four-wheeler. Then they drove her to the cemetery. They all have COVID-19.

AKIAK — She became sick, the entire household became sick. Still they had to care for our grandmother.

Those who were allowed visitation before her death had to dress themselves in protective gear, just like the ones you saw the COVID team in yesterday and today. We were only able to stay a few minutes and we were not allowed to touch her. Imagine going to see your mother who you love so dearly, unable to hug and kiss her one last time in plastic and cloth garments between you. Then imagine having to watch and care for her while she was in her last moments. She said to her daughter in Yup’ik, taqsugtua, “I want to quit.” Her suffering was immense. I have never known anything to be too much for my grandmother. She was a fighter. We teleconferenced with immediate family to pray that God come take her sooner than later, so that her suffering may end.

There was no traditional or religious burial at the church. Rules had to be broken on how her body was handled because she was COVID-19 positive. They were only able to wash her face, hands and put a qaspeq on her. The ones who were in the home handled her body — her sons and daughter. (It is not customary for immediate family to handle the body of a deceased person). They placed her in two body bags provided by Yukon-Kuskokwim Health Corp. that came with instructions. All her belongings could not be shared with any of her family. They were all burned. There was no viewing of her body, her children and grandchildren could not see her one last time. Again only those who lived with her were only able to place her in her coffin and nail it shut. They themselves had to carry her out of her home and drive her to the cemetery and there we buried my grandma without being able to embrace or comfort one another. No other family from the village was there. The pastor did the burial on speaker phone. We sang two songs, then she was covered and all went to our own homes. No feed, no feast took place.

I was asked to write in detail the experience with my grandmother’s death, that we all stop and realize the seriousness of this virus and follow the mandates in place to save if not your lives, the other person’s life. We must take caution in these times for the love of one another. We have too much at stake to continue to live carelessly. Quyana for taking the time to read this, please do not take offense, this is so hopefully we can avoid another death.

The hardest part for the family outside of the home was not being able to be with my gram in her last moments and not being able to go assist the family while they themselves were sick and tired. A few of us nearly broke quarantine and went over to help and be with them because they were so tired. My aunt said if it wasn’t for the health aide she might not have had the strength, that they were very grateful for her being there.

They all had to sacrifice their own mental and emotional stability and handle my grandmother’s body, closing the casket, and carrying her out of her home.

The other thing I want people to know is how some of the community members stepped up to contribute help. The Albrite family drove the tundra to gather Labrador tea and pine branches, and made them available to the entire community and delivered to elder’s homes. The pine is used for daily steaming along with some of the Labrador tea, which is also used to drink. Medicine. A message to other communities to stick together and to help one another.