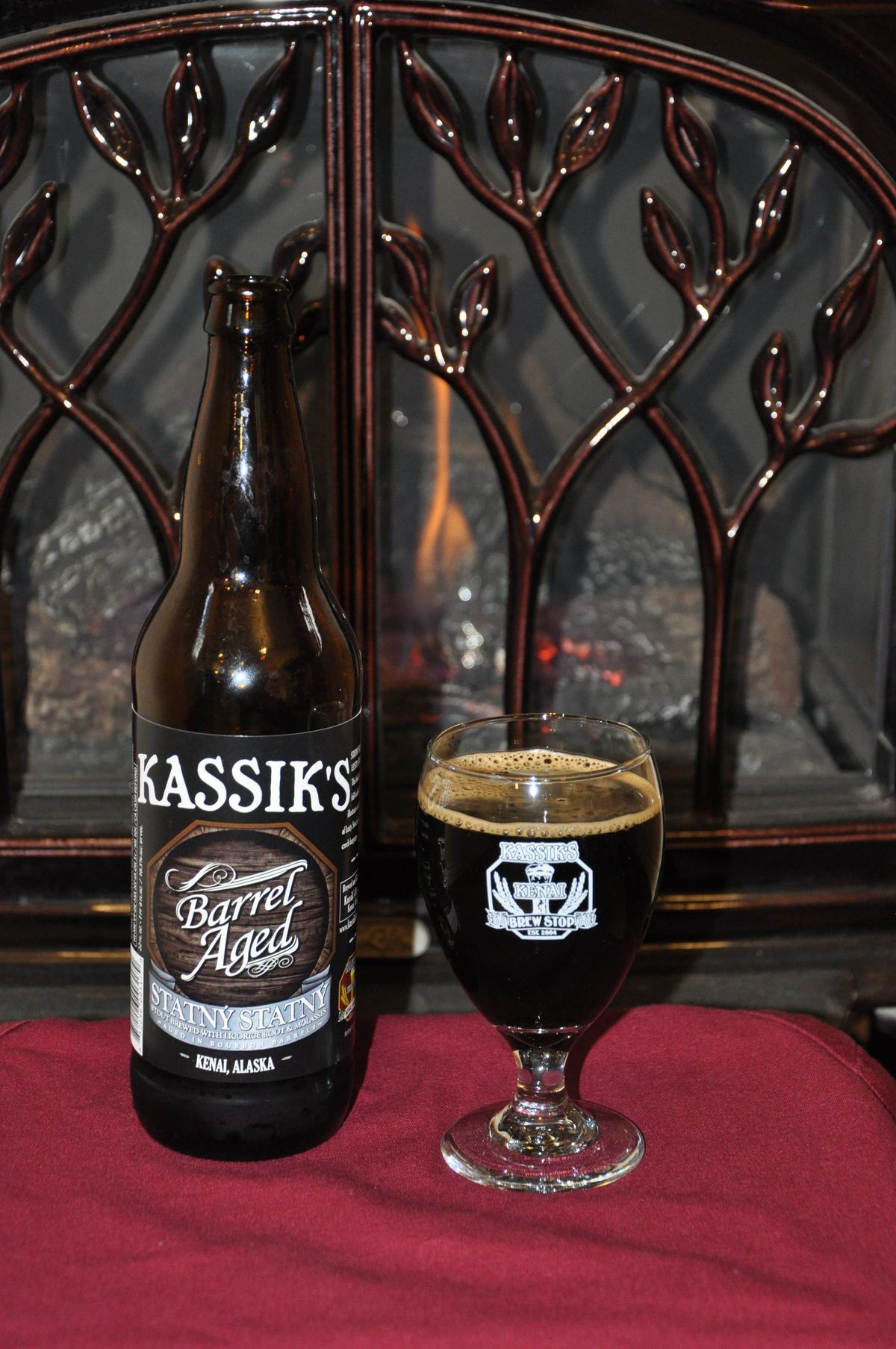 Nikiski's Kassik's Brewery beat out competitors from across the nation to win first place in both the beer and barleywine categories at the Great Alaska Beer and Barleywine Festival, a first in the 23-year history of the event.

Kassik's 2016 Buffalo Head barleywine came out ahead of 30 other entries — it also won first place at last year's festival. Kassik's barrel-aged Statny Statny won the winter seasonal category (there was no second or third place).

Barleywine is made from grain but typically has a higher alcohol content than normal beer — around 8-12 percent by volume, similar to that of wine.

Jim "Dr. Fermento" Roberts, a longtime Anchorage beer columnist and former executive director of Brewers Guild of Alaska, helped judge the first round and best of show round for both competitions.

A barleywine will have a unique essence and aroma, Roberts said.

"Barleywines are usually a dark, heady and potent style of beer. Think leather, tobacco, caramel, chocolate, notes of toffee, coffee, those types of things," Roberts said. "None of these things should be overwhelming. They would all be in concert with each other. It's a balancing act and Kassik's hit it out of the park."

The Buffalo Head barleywine is barrel-aged and has 13.5 percent alcohol content. "This a strong beer, with big bold flavors and a hop bitterness at the end," Kassik said.

The winter warmer competition guidelines are broad and loosely defined. It was created to let brewers know what it is the judges are looking for when it comes to the ideal seasonal beer.

"Early in the competition we struggled to define what that meant," Roberts said. "Think of this: You just got done skiing, you skied all day and your legs are sore. You come in and there's a big roaring fire and you're tired and you just want to kick back. What beer would be most pleasing in front of that fire? Think about Christmas in front of the fireplace. You're gonna have a little snifter of something that's warming, maybe rich, maybe robust. What would be that style of beer?"

Kassik's Statny Statny is an imperial stout that's barrel-aged at 10.5 percent alcohol content and made with licorice root and molasses.

"In my search for beer names I found that the Czech word statny means stout and statny twice comes out to mean 'musty stout,' " Frank Kassik, head brewer of Kassik's brewery, said.

Kassik said microbreweries have an advantage when making award-winning beer.

"We brew small batches and with these smaller batches we can produce some top-quality ales consistently," Kassik said.

With 22-ounce bottles available in most liquor stores around the state, Kassik's is releasing 12-ounce bottles in six packs that are being shipped out across Southcentral Alaska and Fairbanks this week.

"In addition to being in the liquor stores, you can also find us in restaurants and bars across the state. Get us from F Street Station to Suite 100 to Longhorn Saloon; we are everywhere," Kassik said.