Like store-bought Hawaiian rolls? Try these homemade ones straight from the oven 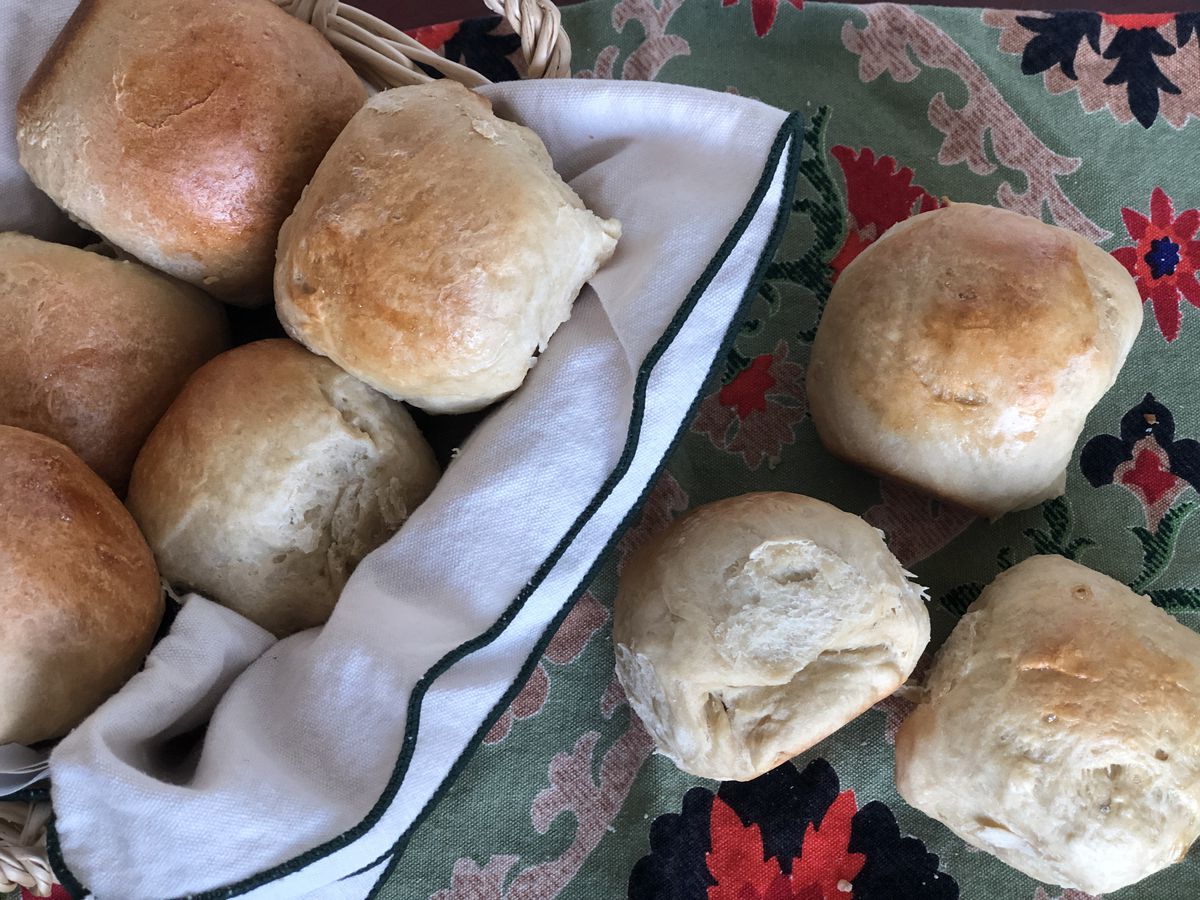 My boys seem to like no bread product in the world better than sweet, squishy King’s Hawaiian Rolls. I buy massive rafts of them from Costco because they are so pleasing and multi-purpose. I could not really love that classic Hawaiian roll brunch slider more. You know the one. You make the sliders by slicing a whole pan of rolls in half and then adding thin-cut ham and cheese, brushing them with a mix of butter and, if you’re me, a sprinkle of everything bagel spice. Then you slide them in the oven. They come out hot and melty.

But, I wondered, what would happen if I made the rolls myself? The answer is they are so irresistible that you’ll have to fight to keep from eating them before they cool. Make THESE into a breakfast slider and I don’t know exactly what will happen, but it will be awesome and you’ll want to do it again.

I tested this recipe for several weeks and the rolls were always sweet and delicious, but what I was going for, that lofty, squishy texture, was hard to achieve with only simple ingredients. Also, you should know that these rolls take time. The rise is what makes them soft. I recommend finding a very warm place, like maybe inside a microwave with the light on underneath, to rise them. A warm rise is key. (Think about Hawaii.) This recipe, which uses bread machine yeast and pineapple juice, is the simplest of the recipes I made and came the closest to the grocery store rolls.

Method: Microwave 1/2 cup pineapple juice and 1/2 cup water in a glass measuring cup for 1 to 2 minutes on high until warm to the touch. Pour into the bowl of a stand mixer outfitted with the dough hook attachment. Add sugar and stir with a spoon to dissolve. Sprinkle yeast on top and stir again. Allow to sit for 10 minutes. The mixture should bubble, indicating the yeast is live. Add the oil and salt. With the mixer on medium speed, add flour, 1 cup at a time, and allow to mix for 5 to 10 minutes, until well combined. Pull the ball of dough out of the bowl. Knead it gently for about 3 minutes, until it’s smooth. Spray the bowl with cooking spray, return the dough to the bowl, cover with a damp towel and sit in a very warm place to rise for two to three hours. When dough has at least doubled in size, grease a 9-inch square pan. Punch the dough down gently and form into a ball. Grease a 9-inch square pan. Cut the dough ball into three equal pieces with a sharp knife. Cut each of the pieces of dough in three and form each of those portions into a ball. Place the balls in rows in the pan and allow to rise for an hour. Roughly 15 minutes before you plan to bake, preheat oven to 350 degrees Fahrenheit. Mix egg white with 1 tablespoon of pineapple juice and brush the rolls. Bake for 28 minutes.