If you haven’t noticed bird populations dropping in Anchorage, you’re not paying attention 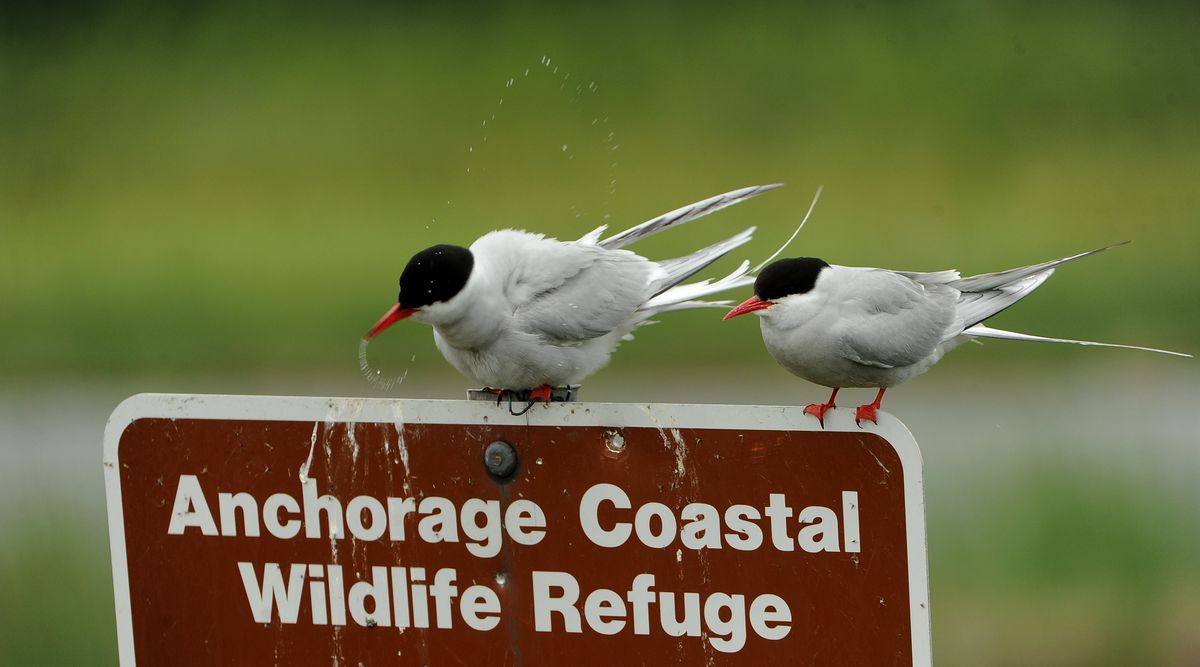 To quote The Beatles, I read the news today, oh boy. It seems bird populations in North America have declined by 29 percent since I graduated from college. That is 3 billion birds in the past 50 years. I don’t have to point that out to long-term residents here. The story simply confirms what we have all witnessed.

The mighty International Bird Flyway that encompasses the west shore of Anchorage’s Cook Inlet used to be teeming with aviary life: Thousands of geese, hundreds and hundreds of lesser and greater yellow leg pipers and so many ducks along the Coastal Refuge that it was a mecca for hunters in September and bird watchers in the spring.

Now there are no longer yellow legs, lesser or otherwise. You simply don’t see or hear them. There are very few nesting geese and fewer ducks. The sandhill cranes are about the only feathered creatures left. Even the local duck hunters have abandoned their closest larder because it is empty.

You should be noticing it in your yard. Sure, there are still plenty of birds; We had robins galore this summer. But I didn’t hear very many yellow or ruby crowned kinglets. Chickadee numbers are down. Swallows? I didn’t see any this summer.

Part of the problem is that we have changed the habitat in urban Alaska. We’ve cleared just about every lot in our cities and towns so that the tree and shrub density and composition is vastly altered. Kind souls feed hundreds and hundreds of feral cats that eat thousands of birds in their spare time. We build houses with big picture windows.

And Nature has joined in by melting the glaciers and filling Cook Inlet with silt, altering the bird-supporting marshes and providing warmer summers which dried out the surrounding wetlands. We don’t help, spraying with glyphosate, weed-be-gone and all the other toxic poison I rail about.

And there are the reduced bug populations. Did you even see a mosquito this summer? How about a swallow then?

Gardeners love birds as much as anyone. They keep insect populations in balance. They disseminate soil food web organisms. And, of course, they provide endless visual and auditory enjoyment, which is why the second-most powerful group in the state are birders. Gardeners, of course rule. So we not only have a stake here, but the ability to take measures to deal with the problem. What would Alaska be without birds?

This discussion goes hand in hand with what we should do after the loss of the the tallest and perhaps most abundant of our landscape trees to the plague of spruce bark beetles. And it isn’t just because they often build nests in them. If we plant the wrong trees when replacing those native spruce, we won’t support the existing bird populations, never mind being able to build them up to pre-1970 levels. Trees support insects and insects support birds. Plant the wrong tree, support the wrong insects and attract far few kinds and numbers of birds.

I hesitate to give column advice on what trees to plant until we have that discussion and better minds than mine can weigh in on the subject. However, when it comes to this new bird problem, I will give all readers one suggestion which really should be mandatory: read Doug Tallamy’s “Bringing Nature Home.” It is an easy, informative read, out in paperback as well as electronic edition. It has a big, big message that everyone who has lost a tree in their yard needs to hear before replacing it. The birds need you to read it.

Finally, back to that Beatles song. There were some other headlines to which I say oh boy, namely the coverage of tens of millions young people all around the world demanding that adults do something now so they don’t have to grow up to live in hell. If the notion that we have almost lost one-third of our birds doesn’t get your attention, those young faces better.

And here in Anchorage, it is even more clear-cut. We are losing our birds and our trees. We are going to replant. What kind of place do we want to leave our children?

Winter is coming: Great ready. Last week’s column listed what to do.

Poinsettias, Thanksgiving and Christmas Cactus: Put these where the temperatures are going to be cool. 55 is ideal. And make sure they get more than 12 hours of uninterrupted darkness each night.

Clean up the yard: Move furniture and tools before they freeze in place.