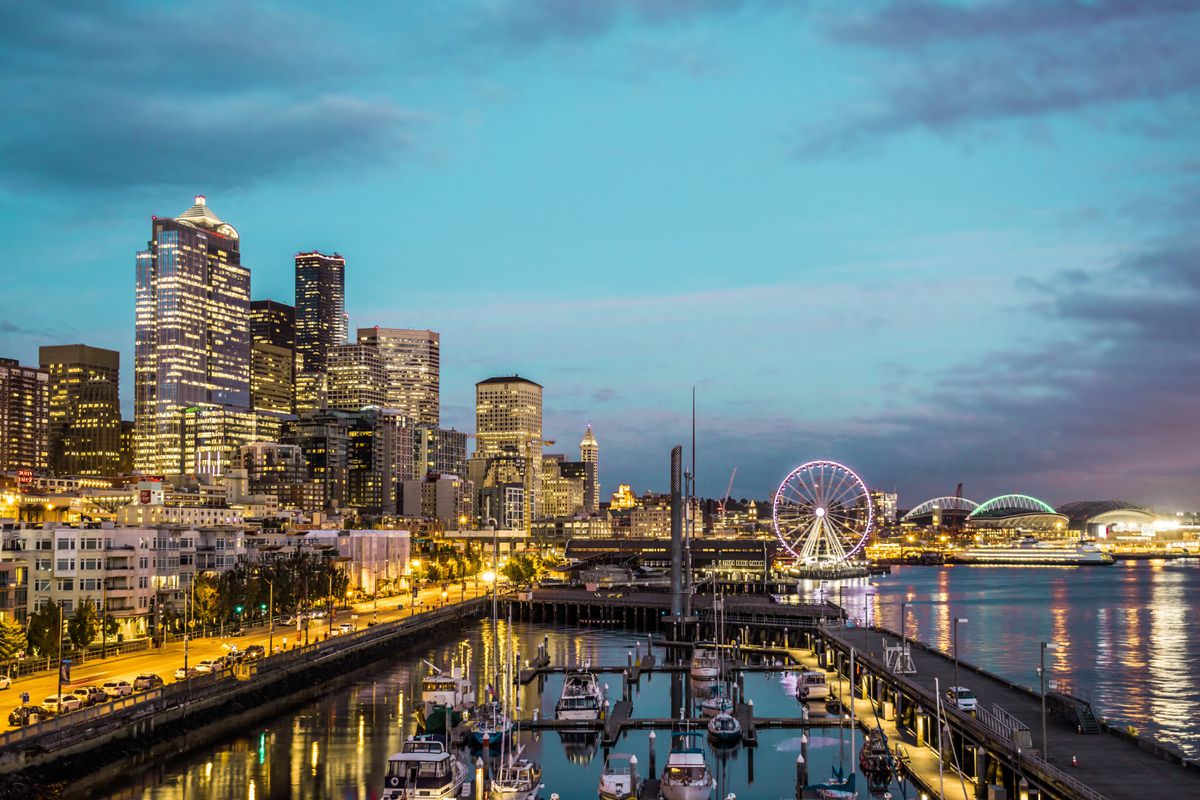 Do you really need a reason to go to Seattle? Alaska's favorite weekend getaway destination is just three hours away by air. And it's cheap to get there right now.

Prices start at $239 round trip, starting in late November. Fly on Delta or Alaska. But here's the kicker: you can fly first class on Alaska for as little as $437 round trip. Delta costs a little more: $457 round trip.

Are you shopping for the holidays? Well, the light rail will take you straight from the airport to Westlake Center. That's next to Nordstrom. Macy's is right there. The Pike Place Market is two blocks away. In between are all manner of retailers, Columbia Sportswear and Nike, among others.

You've got to stay somewhere, right? There are many boutique hotels in the downtown core — and most frequent travelers have their favorites. On my last two trips, I cashed in "Chase Ultimate Rewards" points from my credit cards to stay at the Grand Hyatt. It's a beautiful hotel that I would not have known about if it weren't for the points. They have rooms in early December for as little as $179 per night on the weekend.

There are so many nice hotels downtown, including the Hotel Andra, which features a very nice restaurant off the lobby, Lola. Local restaurant hero Tom Douglas runs Lola and he has "Tom's Favorite Breakfast" on the menu. In keeping with the Mediterranean theme, it's got octopus in it. "Don't be afraid," said my server. I opted for the Greek scramble. But next time, sign me up for an octopus breakfast!

[Seattle's Alaska connection: We move there more than people from any other state]

Hotel Andra features a special "Skal" package for just $129 per night. Or, choose the Hotel Max, which is right around the corner from Nordstrom's "mother ship," at 620 Stewart St. Rooms start at $123 per night. If you need some extra guidance, check in with Visit Seattle's concierge. The desk is at the Washington State Convention Center, but you can reach out to them on their website (visitseattle.org) or phone: 206-461-5885.

I have friends who are making plans now to visit the Seattle Art Museum's Andrew Wyeth exhibit between now and Jan. 15. There are 110 of Wyeth's paintings and drawings. "Andrew Wyeth: In Retrospect" examines the artist's 75-year career.

The Seattle Art Museum, or "SAM" as it's known locally, is absolutely worth exploring. Don't miss it. Be sure to save some time, though, for SAM's outdoor Olympic Sculpture Park. I've walked through the park in the rain — and it's still spectacular. Located at 2901 Western Ave., the path starts on a bluff overlooking the waterfront and winds its way down past sculptures and art to the beach. Along the way you cross the railroad tracks. Look over your shoulder to see the Space Needle. On a clear day you can see the Olympic Mountains across Puget Sound. This is a perfect urban stroll to shake off any remaining jet lag.

I'm shopping right now for tickets to see "Hamilton." This is the smash Broadway hit, winner of 11 Tony Awards. The show is coming to Seattle between Feb. 6 and March 18. It's showing at the Paramount Theatre, and it's expensive. I haven't seen tickets for less than $500. I've talked to several folks who have traveled to both Chicago or New York to see the show — with rave reviews.

Do you love things with wings? Don't miss the Museum of Flight at Boeing Field. They have the Concorde on display, along with a 787, the Air Force One 707 that served President Kennedy, and a comprehensive "war birds" display from both World War I and World War II. If you're a bona fide airplane nut, make plans to visit Paine Field in Everett. You probably have to rent a car for this trip. Called the "Future of Flight Aviation Center," this is your chance to tour parts of the Boeing factory where they make the 777, 787 and 747 airplanes — the largest building in the world.

At the other end of Paine Field, you can see the "Flying Heritage Museum," which features billionaire Paul Allen's collection of warbirds and tanks. One of the unique features of this museum is that all the planes are airworthy. Look for wartime legends like Spitfire, the Hurricane, the UH-1 "Huey" helicopter and the 100-year-old Curtiss Jenny.

"Life's short: stay awake." That's the slogan for Juneau's home-town coffee shop, Heritage Coffee. But the saying works in Seattle, too, as it's the birthplace of Starbucks. You can visit the original Starbucks store at Pike Place Market. But my favorite coffee shop conveniently serves up some monster doughnuts, along with some of the fastest free internet. Top Pot Doughnuts has several locations, but I always head for the main store, in the shadow of the monorail on Fifth Avenue. And instead of the doughnuts, I usually get an apple fritter.

If you travel between Thanksgiving and Christmas, sail on the Argosy Christmas Ship. These ships have been sailing during the holiday season since 1949. There's a choral group on board and each evening, the ship sets sail and calls at several locations around Lake Washington to sing songs for those assembled on shore.

Do you want to visit the Space Needle? Be sure to save time to see the Chihuly Garden and Glass exhibit right next door.