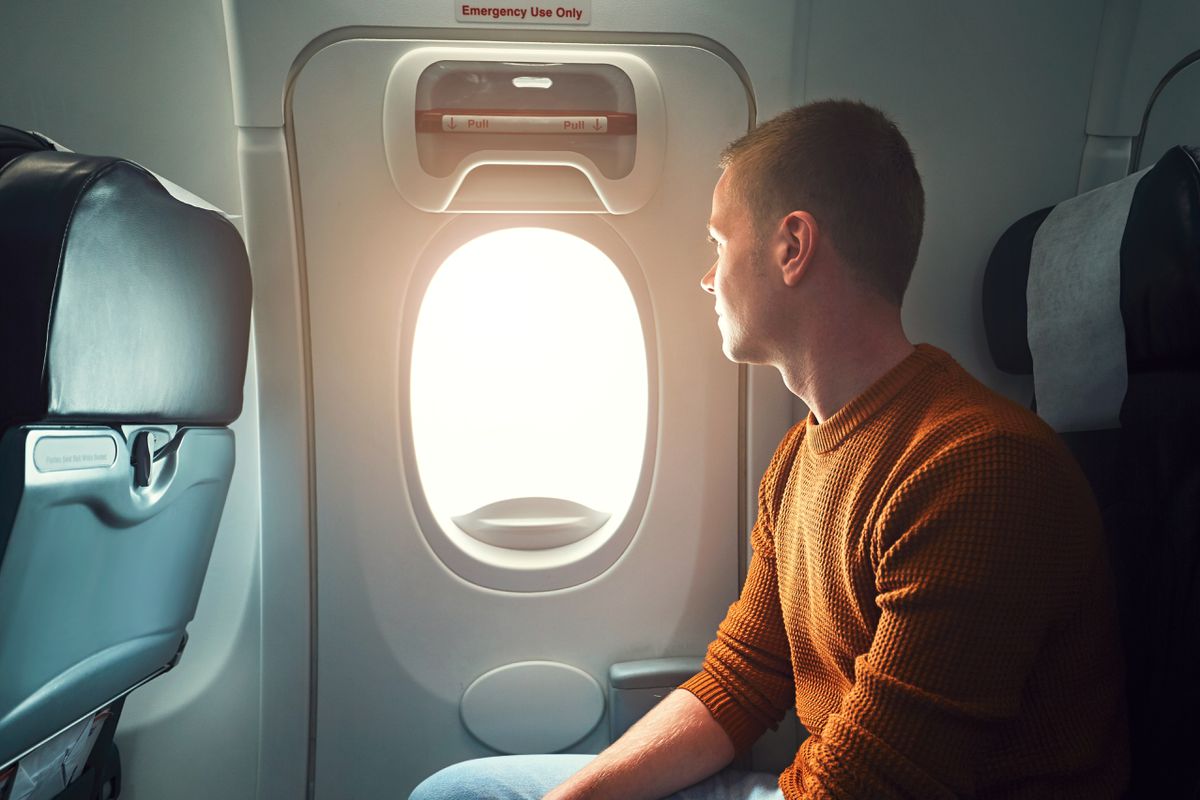 As personal space on planes continues to shrink, all eyes are falling on the last place where you can still enjoy a small amount of dignity: the emergency exit row.

The rows leading to the "overwing" emergency exits usually still have the humane 36 inches of space necessary for quick egress during an evacuation. They also are often occupied by experienced air travelers who mind their own business. If you're not in a special class or in one of the bulkhead seats - those in the first row of the cabin, which also have more legroom - the emergency exit row is the next best place to sit.

But, as many air travelers are discovering, these coveted seats come with their own rules - and not just the written ones laid out in the Code of Federal Regulations and clearly disclosed when you get the seat assignment. There are unwritten rules, too, which can trip up even experienced passengers.

Let's start with the written rules. The Federal Aviation Administration has numerous regulations that govern who can, and can't, sit in an emergency exit row. You must be at least 15 years old. You must have sufficient mobility and strength and dexterity in both arms, hands and legs to assist in an evacuation. Possible duties include operating the emergency exit and exit-slide mechanisms, and removing obstacles between you and the emergency exit.

You must be able to hear and see well enough to help during an evacuation. Most important, you must understand the crew's instructions and be able to follow them. In other words, the FAA considers emergency row seating a safety issue.

Unfortunately, the airlines, in their efforts to monetize everything on the plane, have designated the exit row seats as "premium" because of the extra legroom. Most economy- class seats have only between 30 and 32 inches of "pitch" - an industry term for the distance between rows - and air carriers figured correctly that passengers would be willing to pay more for the exit row. The result is that they've blurred an important line between safety and amenity.

To further complicate things, whether a person belongs in the exit row is largely a matter of self-assessment. Flight attendants don't have the time to test your strength, vision, hearing and comprehension before the flight, so they rely on you to evaluate yourself.

"Oftentimes people opt to pay for the emergency exit row but are not capable of operating the exit," says Brett Manders, an international airline pilot and author of the book "Behind the Flight Deck Door." Still, they believe that because they've paid for the seats, they should be able to sit in them.

Ricki Cytryn, an analyst from Potomac, Maryland, remembers a flight attendant asking her and two other passengers in an emergency exit row whether they could lift the 45 -pound door. They nodded yes, and the flight attendant walked away.

"The woman on the aisle turned to the two of us and said, 'I hope you can lift that door - because I certainly can't,' " Cytryn says.

Emergency exit door weights vary, according to the FAA. Some doors, such as those on an Airbus A320, weigh only 32 pounds. Almost all the Boeing 737's emergency doors open automatically, so there's no need to lift anything.

Besides whether you can help in an emergency, there are other things to consider about exit rows, according to Manders and others. On some international flights, for example, you must stow your luggage in the overhead compartment instead of under your seat. Also, the seats in front of the exit row generally don't recline.

Now for the unwritten rules: Several travelers and experts tell me that although airlines will serve alcohol to passengers in the exit row, it is considered good etiquette to abstain. After all, even the most capable passenger can be incapacitated by one drink too many, which could put lives at risk. They also note that it's unwise to sleep in the emergency exit row. Because, well, it's the emergency exit row.

Another unwritten no-no: XL fliers. Thomas Snitch, a frequent air traveler who works for Bowling Green State University in Ohio, recalls a recent flight from Washington to San Diego, California. "There was a gentleman in the exit row window seat," he says. "He weighed about 400 pounds. The issue was raised with the flight attendant, who asked him, 'Can you help in an emergency?' He said, 'Yes, and I am not moving.' "

Snitch doubts the passenger could have helped during an evacuation and believes the attendant should have moved him. But in a way, you can't blame the passenger for coveting the exit row. After all, there's a reasonable amount of legroom with the seats. Who wouldn't want to be there?

If you worry about forgetting some of the rules, you might take comfort from this: Airlines love to seat "deadheading" crew members - who are traveling between airports for work - in the exit rows. If that's the case, there will be someone to ensure that you observe exit-row etiquette.

It would be easy to remedy the exit-row safety situation. Airlines could just move the rest of the seats in economy class farther apart, to 36 inches of pitch, taking away the incentive to sit in critical exit row seats. If that’s not feasible, then they should at least stop charging extra for sitting in them. Being asked to pay a premium for the exit row gives travelers the impression that it’s simply a privilege. But it’s not - it’s also a responsibility.

WHAT ARE YOUR EXPERIENCES WITH EXIT ROW SEATS? TELL US IN THE COMMENTS.