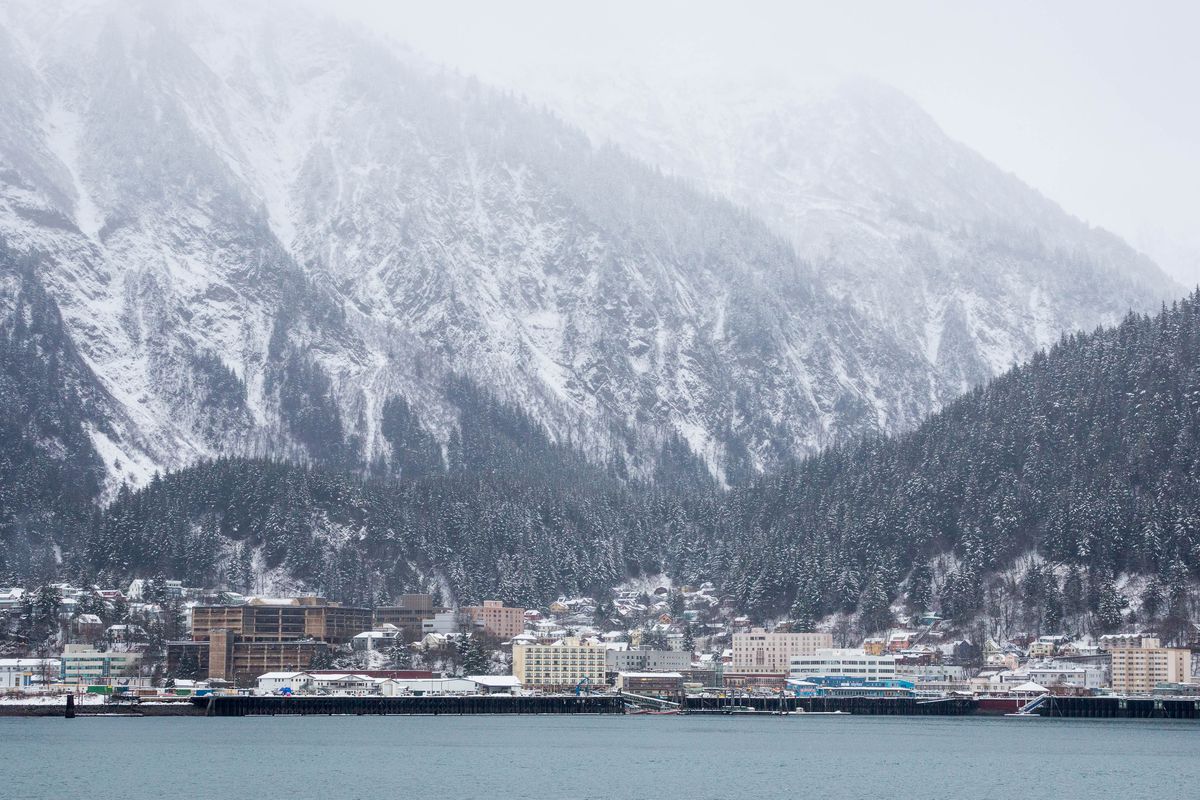 I’m a big fan of Juneau. Most of my trips to Alaska’s capital city are during the summertime. The hiking, the fishing and the flightseeing are awesome.

But the Alaska Legislature is scheduled to convene next week, on Jan. 21. That means that, despite the snow, wind and below-average temperatures, legislators, staffers and politicos of all stripes will be setting up shop.

Alaskans who want to reach out to their legislators during the session have plenty of options. All the legislators have toll-free numbers, and there are legislative information offices in Anchorage and across the state where citizens can testify on specific issues. Also, legislators come home during breaks and schedule town hall meetings.

Still, traveling to Juneau during the session for in-person meetings is important for some folks. That’s why trade groups as diverse as the Resource Development Council, Alaska’s labor unions, the Anchorage Chamber of Commerce and the Alaska Travel Industry Association (among others) all have scheduled “fly-in” dates to meet with legislators.

Use your Alaska Air frequent flyer points to get to Juneau. If you plan 21 days in advance, you can fly for 5,000 miles in each direction. Compare that with fares of $137-$147 each way with a 21-day advance purchase. Even if you miss the 21-day window, last-minute reservations from Anchorage to Juneau are available for as little as 7,500 miles each way.

Alaska Air also has a “constituent fare” deal that takes 30 percent off of the 3-day or 7-day advance purchase fare. If you need to go immediately, you can use the “fly now” coupons you receive with your Club 49 package (available free to Alaska residents). That can take 30 percent off the “full coach” fares, which can be as much as $313 one-way. Both the constituent fare deal and the fly-now passes show up in your online Alaska Airlines account, under “Discount and companion fares codes.”

The fare discounts are nice, but those 3- to 7-day advance fares still are expensive ($243-$283 one-way). The mileage plan deals are better. Much better.

The group fly-ins can be multiday affairs where teams of constituents spread out to visit with representatives and senators from their home districts armed with talking points on their specific issues — or bills that they are for or against.

Vince Beltrami is in charge of the local AFL-CIO labor union. He makes several trips to Juneau during the legislative session and organizes a fly-in for all the labor unions in Alaska to meet in Juneau. “We usually have more than 100 people from all over the state,” he said. “Sometimes, they (the legislators) just need to see your face.”

Les Gara, a former state senator who served 16 years in the Legislature, says a person-to-person visit might be worth it if you’re following a specific bill or initiative. “But if you’re just stopping by to visit and say hello, then no, I don’t think it’s worthwhile,” he said.

Concerned citizens don’t have to dig very deep to find a number of important issues that are scheduled for debate this session: the Permanent Fund is a huge issue, including how much of the fund to take to fund government and the yearly dividend. Budget issues regarding health care, the university, the ferries and the state’s prisoners will be debated.

Call your legislators and let them know you’re coming. It’s best to make an appointment, since much of the day may be taken up in meetings. Be sure and get there for a floor session of the House of Representatives.

On most days, Alaska Airlines has four nonstops from Anchorage to Juneau. It’s theoretically possible to take Alaska Flight 62 from Anchorage at 7:45 a.m. and be on the ground at 9:30 a.m. I’ve done it. You can race around town or walk the halls of the Capitol. You can walk down Seward Street for dinner at Subway, Salt or In Bocca Al Lupo. Then, back to the airport to catch Alaska Air Flight 67 at 8:30 p.m.

Here’s a secret, though: Juneau is beautiful, even in the winter. Spend a day exploring our capital city. Here are some suggestions:

1. Rent a car. That way you can drive out to Mendenhall Glacier. The visitor center is just five miles from the airport. It’s just spectacular — and there aren’t any tour buses this time of year. While you’re on the north side of town, you can also drive out to the Shrine of St. Therese. It’s 14 miles north of the airport, right on the water. This is a retreat center run by the local Catholic diocese and there’s a little church on an island connected by a causeway. But it’s a beautiful place to take in the natural beauty of Lynn Canal and the snow-capped peaks beyond. It’s not unusual for the wind to whip up the surf. Be sure and bundle up for a walk on the beach.

2. Visit the Alaska State Museum. The museum went through a big retrofit a couple of years ago. When I visited there were exhibits on Russian America, indigenous culture and “The Titanic of the North” — the wreck of the Princess Sophia. The ship sank in 1918 with 350 aboard.

The Juneau-Douglas City Museum offers free one-hour tours of the Capitol. Sign-up sheets are available in the lobby.

3. Spend the night. There are many hotels in town catering to the Legislature. The Baranof Hotel is probably the best-known, but there are several others. There’s a nice B&B, Alaska’s Capital Inn, directly across the street from the Capitol. The Silverbow Inn is tucked between a couple of nice restaurants just a couple of blocks from the Capitol.

4. Drive across the bridge to Douglas. This is where I go to get a beautiful photo of the Juneau waterfront, including the big whale sculpture near the bridge. It’s also where my favorite lunch spot is, The Island Pub. They’re known for their wood-fired pizza, but I always get the Island Blue Salad with a “pub steak.” Go skiing at Eaglecrest — it’s also on the Douglas side of town.

5. Check out the Travel Juneau website. There are lists of accommodations and suggested activities.