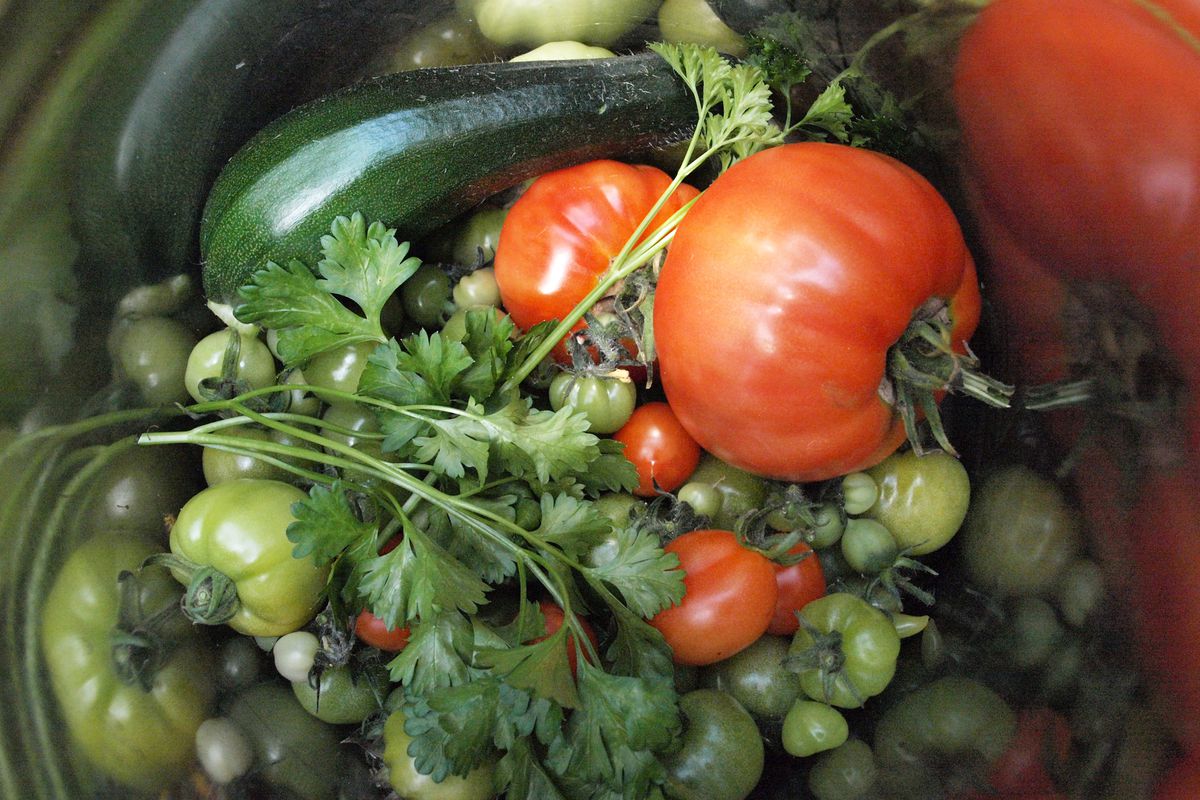 LAKE CLARK — Blue skies, a calm lake and warm air punctuated the summer morning. Anne and I couldn't ask for a nicer start to our 24th anniversary. I had just returned to the lake, following a three-day supply run to town.

Anne had stayed home, scything and clipping grass, tending garden and greenhouse, working hard on hot days. She was ready to "get off the rock" — a term I most often associate with residents of Kodiak Island and their feeling of claustrophobia from not being able to journey to the mainland easily. But for Anne, it meant that our little patch of ground here on the north shore of Lake Clark was feeling confined, and she needed something different. Not that she thought my experience in the hot, crowded stores and parking lots of Wasilla was fun — but at least I'd had a change of scenery.

Of course, we had chores to do first before we could go play. There was the usual watering of greenhouse and garden. I launched the boat to transfer some materials that I'd bought in town. I don't load or unload anything as fast as I used to, and the morning was soon devoured by thirsty plants and my glacial pace.

After I gassed up the boat and returned to the cabin, I thought our adventure would begin. However, Anne wanted to move our snowmachine; we planned on felling a couple of trees, and our machine was parked exactly where we needed to drop them.

I made a halfhearted attempt to convince Anne to wait for another day, but moving a big chunk of metal and plastic seemed easier than changing her mind. Why not, I thought, fire the old thing up and drive it across the dirt in pragmatic Alaska fashion? Unfortunately, the machine doesn't have reverse, electric start or the propensity to fire off instantly after two idle winters. I grumbled a bit as we assembled a come-a-long, cables, chains, ropes, and planks to skid the machine on. We pulled and pried. That damn internal clock in my head that mocks squandered time ticked on, loudly.

Working on a slope, the machine threatened to tip over. We hooked and re-hooked cables and chains to different trees to get just the right angle. A 10-minute job ballooned into two hours.

By the time the machine was level in place, the wind had started up and we could no longer get the airplane into the water. A boat ride looked questionable, but Anne decided we should launch our skiff into the building waves, motor around the point and scout the forest for a tree we needed for a building project.

Who would pass up such a good time on their anniversary?

We splashed our way to the outside bay, hitched the skiff to a nearby stump and wandered into the woods. After Anne located a couple of trees that might work for our project, we headed home. The wind had increased, so I nosed the boat up to the bucking dock and Anne hopped out and scampered to shore.

In conditions like these she usually catches the bow at the ramp as I drive it up, and together we pull the skiff out of the water. This time, as I neared the ramp, Anne slipped off of it. I jammed the motor into reverse, backed out and idled around the bay while she climbed the hill to our cabin and got into dry boots and socks. She returned, but just before I aimed for the ramp the second time, I realized that the come-a-long we use for pulling up the boat was still next to the snowmachine. While Anne climbed the hill one more time, I idled around the bay, thinking, "This anniversary celebration is really coming together."

Dinnertime was approaching and we had frittered away one of the nicest days of summer — and most of our anniversary — doing things we could have accomplished any old day. As I finished tying up the boat, Anne headed to the garden to harvest a few veggies for dinner. I sensed we were both resigned to a not-so-special, special day.

Magic of garlic and mushrooms

We decided to eat in courses and let food preparation follow natural rhythms. That morning and while scouting for trees, Anne had collected several mushrooms: a grisette, king boletes, horse mushrooms and yellow russulas. I sautéed garlic and olive oil in a cast-iron skillet. Anne returned from the garden as I set the toasted garlic aside for the salad. I added a dab of butter while Anne sliced the mushrooms. The smell that wafted up from the pan embraced the evening with possibility.

Anne fried the mushrooms crisp and laid them on one plate. The varied and delectable fungi succumbed to our fingers and mouths — and there wasn't a loser in the bunch, each with a shape, flavor and texture all its own. Along with an embarrassingly full bowl of lush greens from the garden, Anne snagged a bottle of homebrew from the creek.

Our day, so far, had been clipping along, but we shifted into a lower gear standing shoulder to shoulder in the kitchen. Beets — golden for Anne and red for me — sat in a bubbling pot of water on the wood cook stove. A mélange of beet greens, kale, cucumbers, dill and lemon basil became our salad.

Before we indulged in a stir-fry of chicken, snow peas, zucchini and pepper, a bottle of chilled white wine all but levitated its way up the hill from the creek. We sipped and savored our way through a meal that lasted all evening.

The day had been full of exercise and chores, sunshine and simple discoveries and a little grumbling, but even though we hadn't ventured anywhere for fun that day, the evening turned out to be pretty special. And to think we still had a year to go before our anniversary would be called silver, this year's ended up feeling pretty golden after all.