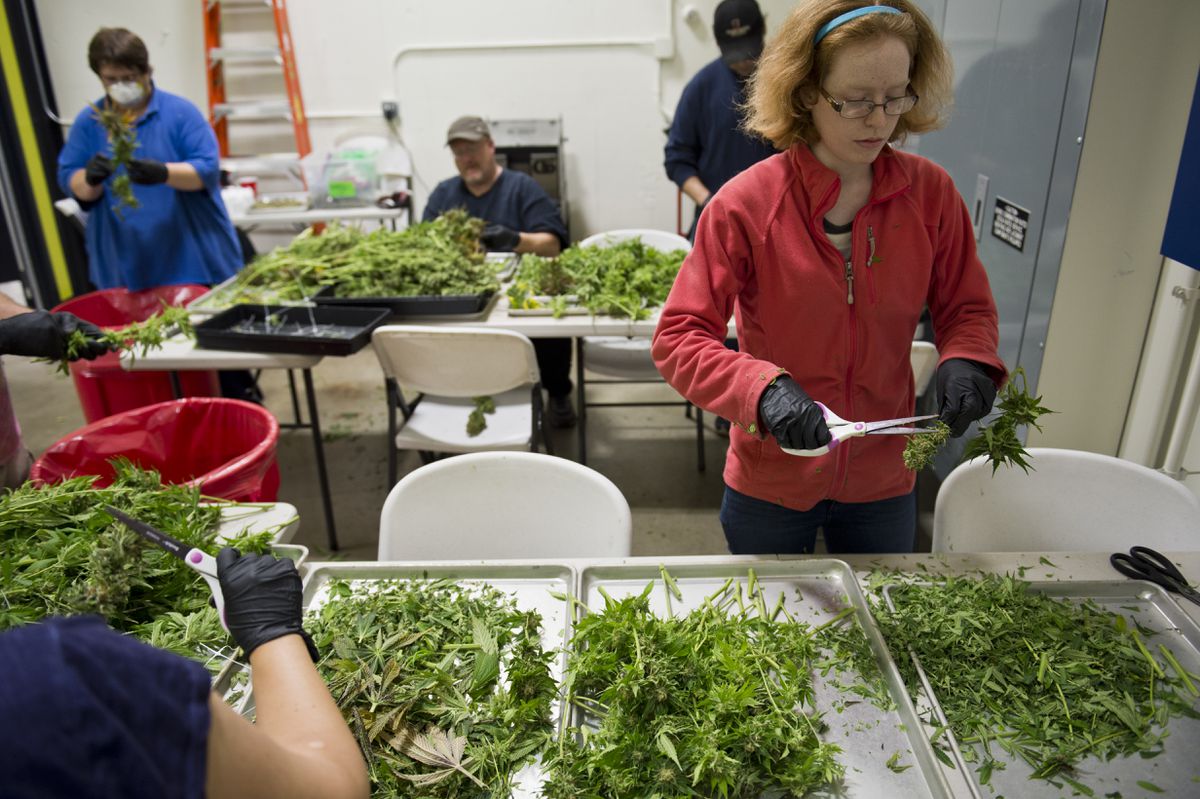 In January, for the first time since legal sales began, Alaska's commercial cannabis growers paid more than $1 million in state taxes, according to officials.

Eighty-one marijuana cultivators paid $1,040,512 in taxes during the first month of 2018, said Kelly Mazzei, excise tax supervisor at the Alaska Department of Revenue.

Alaska marijuana growers pay the state tax of $50 per ounce of cannabis bud, and $15 an ounce for other parts of the plant, like the trimmings of leaves and stems.

Most of Alaska's marijuana tax payments are paid in cash. Since October 2016, more than $4 million in cash — 74 percent of all cannabis excise tax money — has been processed by state employees using a single cash-counting machine in downtown Anchorage.

But in January, cash payments made up only 66 percent of all taxes, Mazzei said.

"This could be due to more businesses being able to open bank accounts, more money orders, or perhaps a couple of large tax payments made by check to skew the average percentage," Mazzei said.

Eighteen of the growers that paid taxes in January were in Fairbanks. Fifteen were in Anchorage. Both Soldotna and Wasilla had six growers pay taxes. The rest were scattered across the Interior, Southcentral and Southeast.