Trails to Knik River and glacier will remain open to public 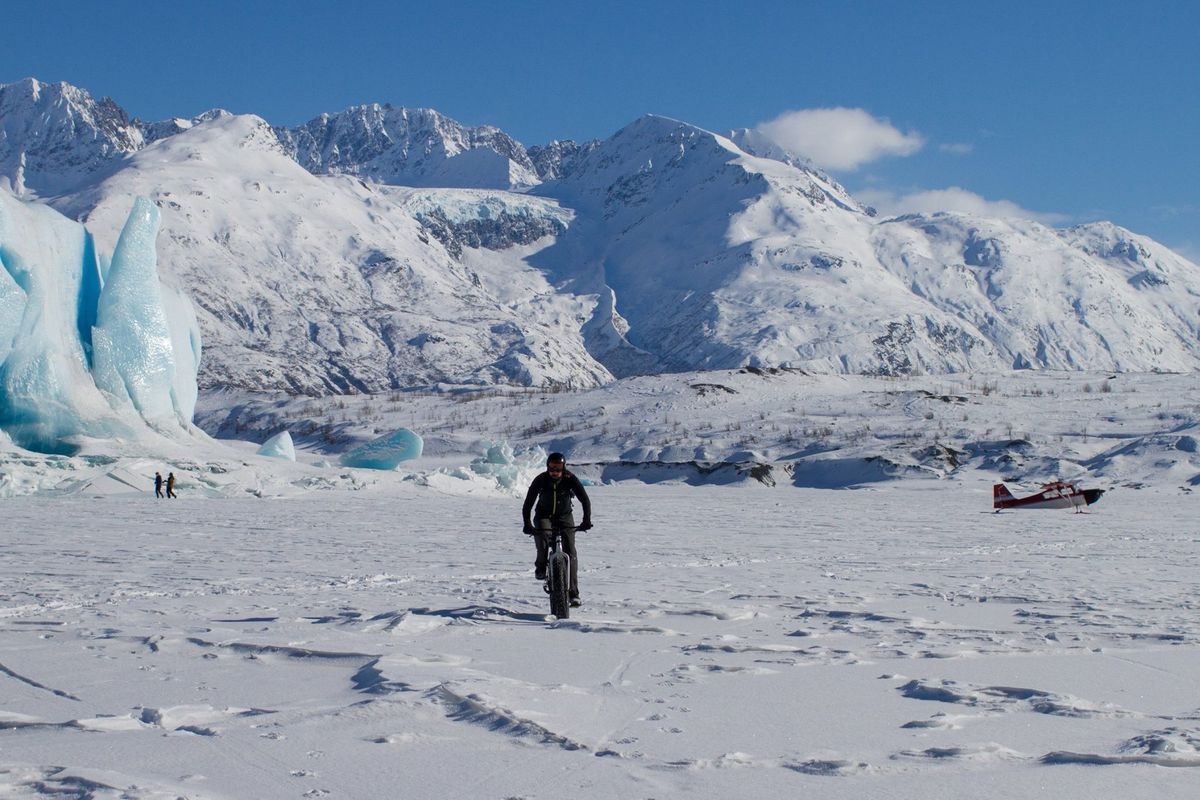 A bicyclist near the Knik Glacier on March 25. (David Canales)

A bicyclist near the Knik Glacier on March 25. (David Canales)

Access to the Knik Glacier and river is getting a little bit clearer.

The state Department of Natural Resources announced Wednesday that a settlement agreement was reached between the department, the Bureau of Land Management and Native village corporation Eklutna Inc. allowing easements to public land in the area.

That means people can continue getting to the Knik River and glacier — which are part of state lands — through what is now private land. Eklutna received the land the trails cross over as a result of ongoing land transfers under the Alaska Native Claims Settlement Act. 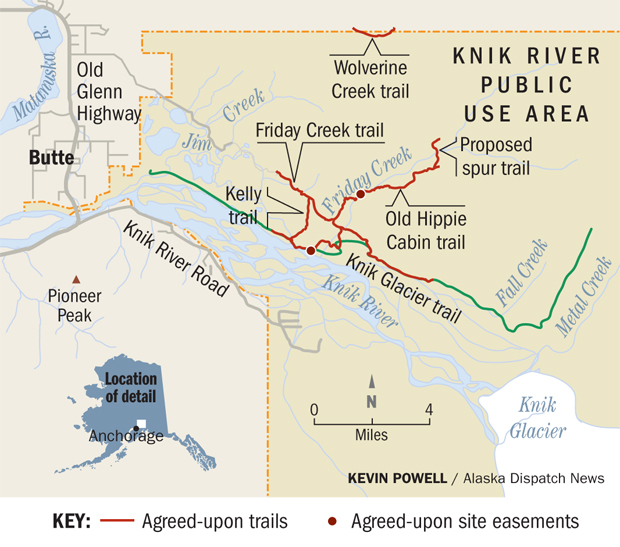 Separately, the state Department of Law filed suit in federal court Wednesday against the BLM to assert ownership of underlying portions of the Knik River in the same area.

In 2015, BLM transferred lands in the Hunter and Friday creek drainages to Eklutna Inc. The village corporation received 67,000 acres of land in the Knik River valley, according to CEO Curtis McQueen.

But DNR pushed back against portions of the conveyance to the federal Interior Board of Land Appeals, saying the land transfer lacked sufficient public access to state land in the Friday Creek drainage area. As a result, negotiations began.

According to DNR, the easements allow continued access on trails to Knik Glacier, including in two places that cross Friday Creek, and several site easements for boats to land or ATVs to park. The easement agreement also includes a portion of the Wolverine Creek Trail, located north of the Knik River.

Land surrounding the easements belongs to Eklutna Inc. and is still off-limits without permission from the village corporation. However, McQueen said permits to use the land are free and available from the corporation.

The lawsuit challenges portions of the Knik River BLM has determined to be "non-navigable" waterways. The Alaska Department of Law disagrees, arguing that the water is navigable and that the land belongs to the state.

McQueen said Eklutna has no position on the lawsuit. If the state prevails the corporation will still receive its total acreage from another area.