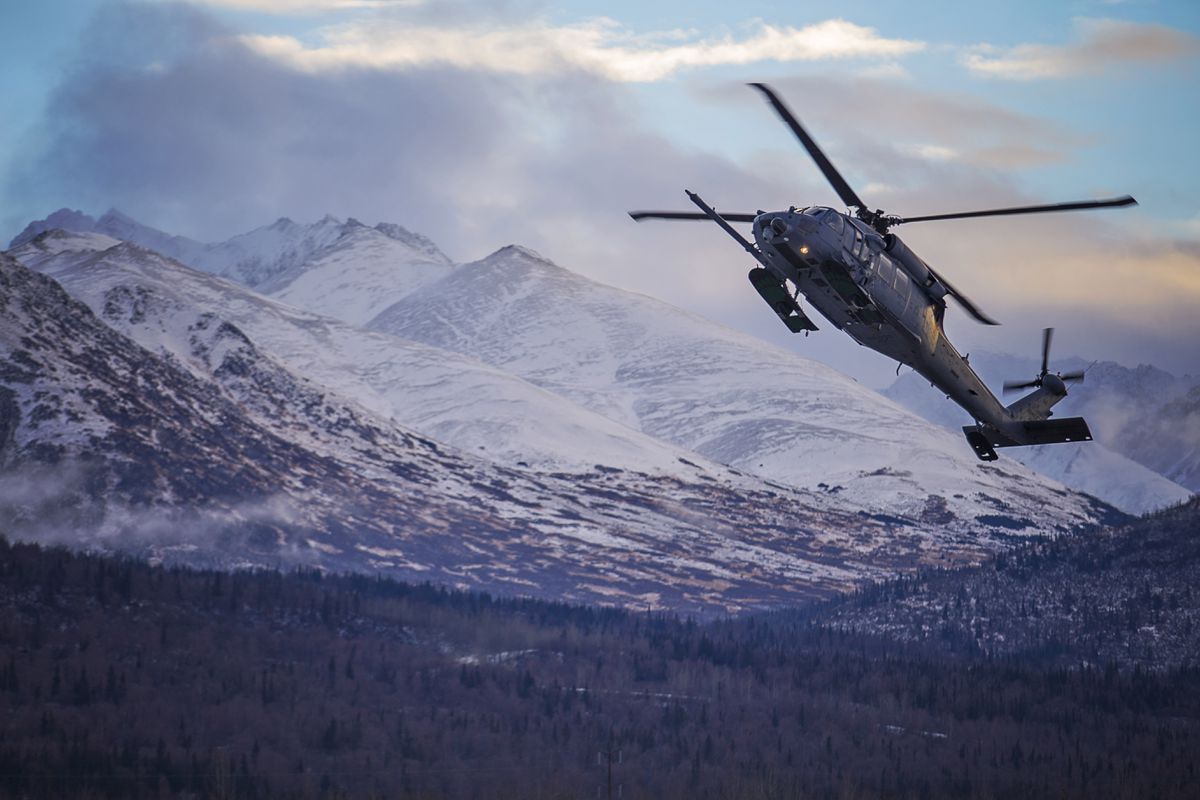 A climber who fell more than 100 feet in a remote mountain range in Lake Clark National Park was flown to an Anchorage hospital in critical condition early Sunday after a risky, dramatic rescue by an Alaska Air National Guard crew.

Alaska State Troopers were notified of an injured climber near the Neacola River at about 10 p.m. on Saturday, according to an online dispatch. The Neacola River is near Telequana Pass, on the border of Lake Clark National Park.

When the rescue crew reached the location, they couldn't see the climbers through cloud cover.

"After several attempts, the helicopter landed in a lower bowl of the mountain to allow pararescumen to climb up to the injured climber, who was suspended by rope and climbing gear to the nearly vertical rock wall on the mountain," Olmstead wrote. "Thick clouds and zero visibility impeded that option."

Finally, the cloud cover changed and the helicopter crew was able to hover over the climber, where a pararescueman connected the injured climber to a harness and hoisted him back into the helicopter.

The helicopter had to hover unusually close to a sheer mountain face to get the climber out, Olmstead wrote.

The climber, identified by troopers as Emmett Lyman, 40, suffered "severe trauma" and was taken to Providence Alaska Medical Center hospital in critical condition.

The Neacola Mountains, near the Neacola River, are nestled between the "southwest tip of the Alaska Range and the northwest end of the Aleutian Range," according to the American Alpine Club.

In an article, the club describes the area as a seldom explored range of unnamed peaks and glaciers.

This year, The American Alpine Club and The North Face awarded an Emmett Lyman of Somerville, Mass. a $250 grant toward making "first ascents in a range of serious, unnamed, unclimbed, peaks in a little-known corner of the Alaska Range in south-central Alaska."