Real ID deadline is approaching for Alaska. Here’s how to prepare. 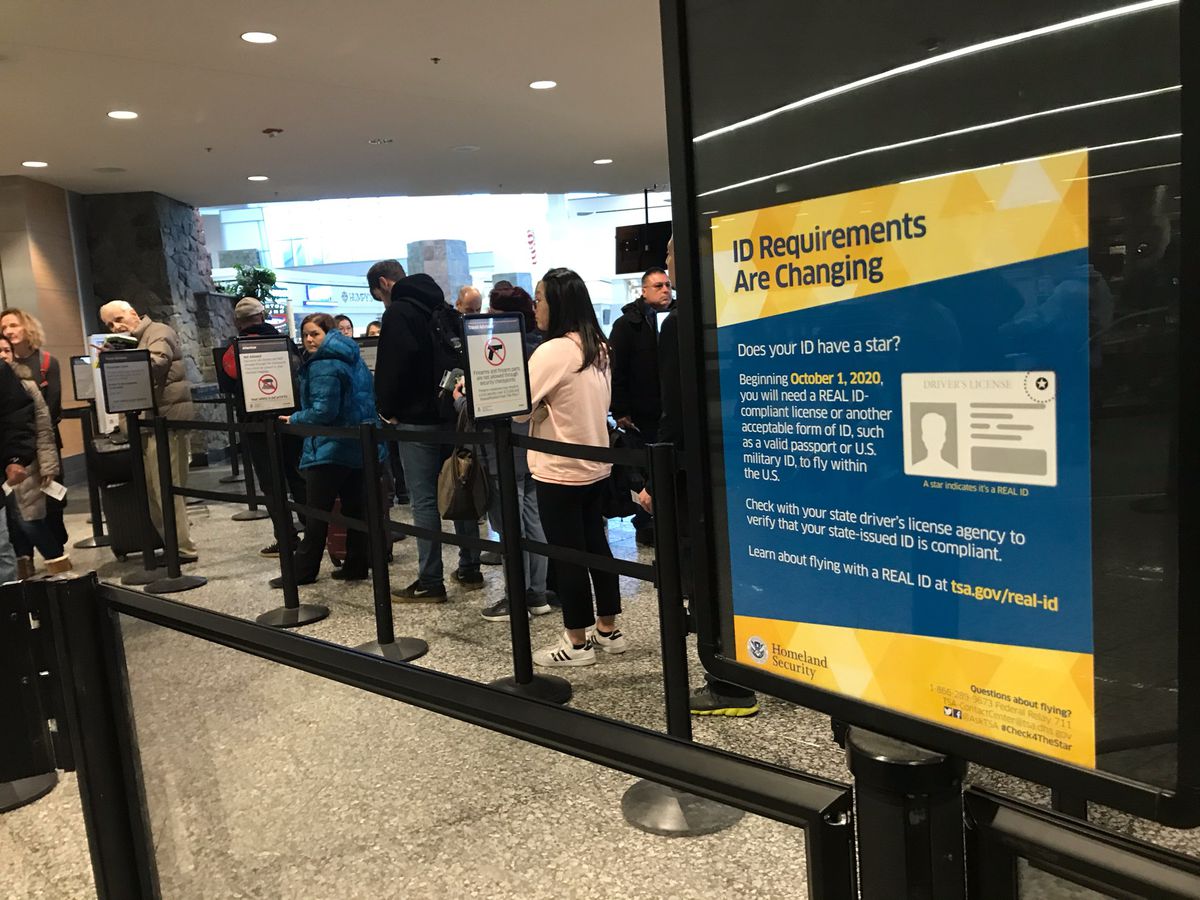 In less than nine months, Alaskans will not be able to use traditional driver’s licenses to board commercial flights or enter a federal building or military base. On Oct. 1, 2020, passengers will need a federally compliant Real ID or their passport.

The federal Real ID program sets a nationwide security standard for identification cards. Congress passed the Real ID Act in 2005 following a recommendation from the 9/11 Commission.

The Real ID costs $40, twice as much as a traditional driver’s license, and requires more documentation. To get a Real ID, people must go to the DMV with:

• A valid passport, certified copy of a birth certificate or naturalization certificate

Tshibaka said DMV offices will open an additional lane in January at all locations to focus on processing the Real ID requests. She encouraged people to switch their IDs early, because the DMV office has the highest traffic during summer months. She said wait times are expected to reach three to four hours as the deadline looms closer.

[Alaska’s Real ID program has begun. Here’s what you need to know.]

Tshibaka advised those hoping to avoid long lines to visit the DMV from Tuesday to Thursday between 10 a.m. and 2 p.m.

The switch to Real ID was controversial among Alaska lawmakers. A resolution approved during 2008 called for Congress to repeal the program and lawmakers later voted to block the use of state resources to comply with the federal law.

In 2017, the Department of Homeland Security warned the state it would not be granted extra time to comply with the Real ID Act. State lawmakers then lifted the ban on state compliance.