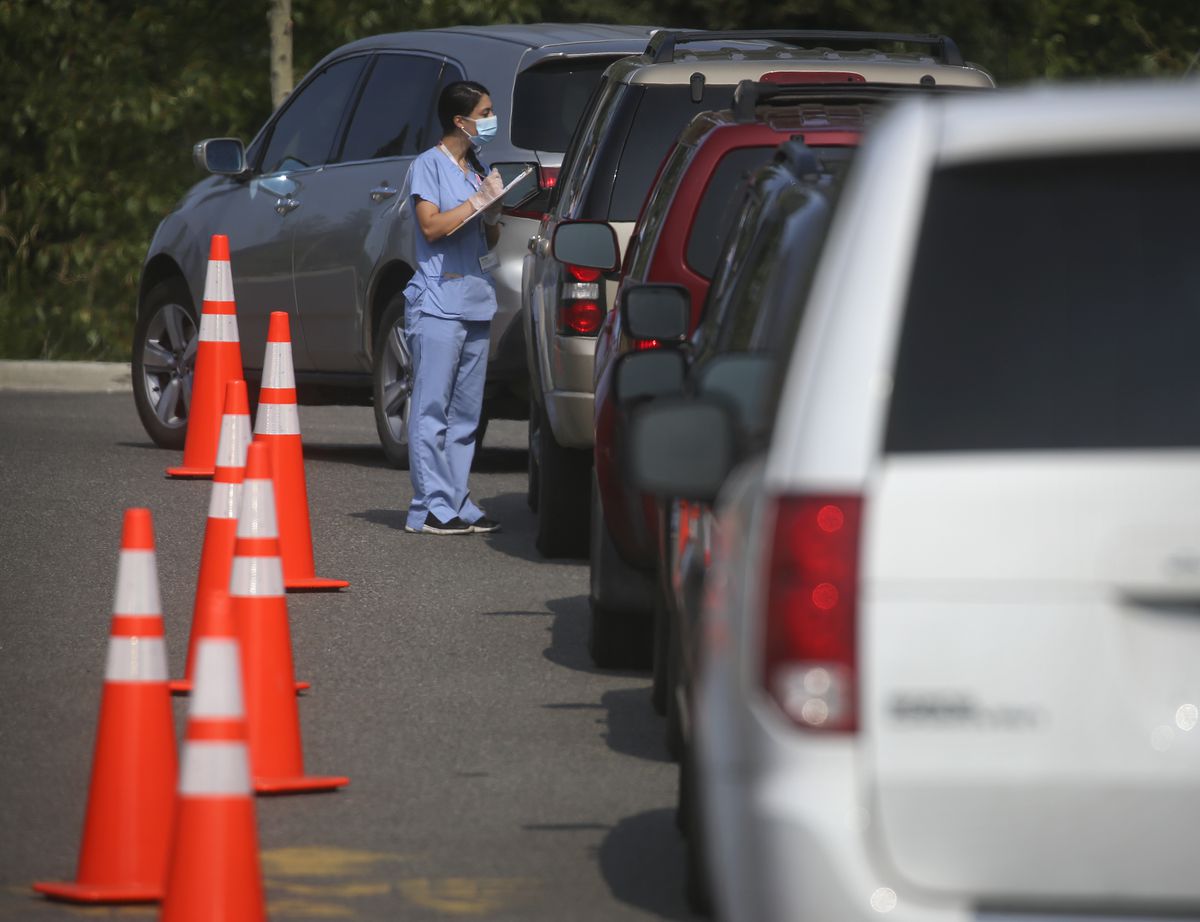 A woman gathers information from a person inside a vehicle who is in line at Walgreens, on the corner of Lake Otis Parkway and E Tudor Road, for covid-19 testing in Anchorage on July 28, 2020. (Emily Mesner / ADN)

A woman gathers information from a person inside a vehicle who is in line at Walgreens, on the corner of Lake Otis Parkway and E Tudor Road, for covid-19 testing in Anchorage on July 28, 2020. (Emily Mesner / ADN)

Alaska reported another death associated with the new coronavirus on Saturday, as cases of the illness continued to increase statewide.

The Alaskan who passed away was an Anchorage man in his 60s who had underlying conditions, according to a release from the state’s health department.

An Utqiagvik resident who tested positive for the illness was transferred to Anchorage, “due to the severity of complications from COVID-19,” the Arctic Slope Native Association said in a release.

In total, there were 86 new COVID-19 cases announced on Saturday. The daily total is a slight uptick compared with recent days in the past week. Daily case counts decreased somewhat this week after multiple days when those numbers reached over 100 at the end of July and into early August.

In the Municipality of Anchorage, there were 57 new cases announced: 48 among Anchorage residents; 3 among Chugiak residents; 5 among Eagle River residents and one in a nonresident within Anchorage.

In the Mat-Su, there were two cases of COVID-19 in people from Palmer and four in Wasilla residents.

The Kenai Peninsula Borough had four new cases, including two in Sterling residents, one in someone from Soldotna and one in a person from Seward.

There were three cases reported in Fairbanks residents and two in smaller communities in the Yukon-Koyukuk Census Area. There was also one new case each in residents of Cordova and Sitka.

Additionally, among nonresidents, one person working in the seafood industry in Cordova, one person from the North Slope oil industry in Prudhoe Bay and someone in an unlisted industry in Dillingham tested positive, as well as one nonresident from a location that was still under investigation, according to the state’s release.