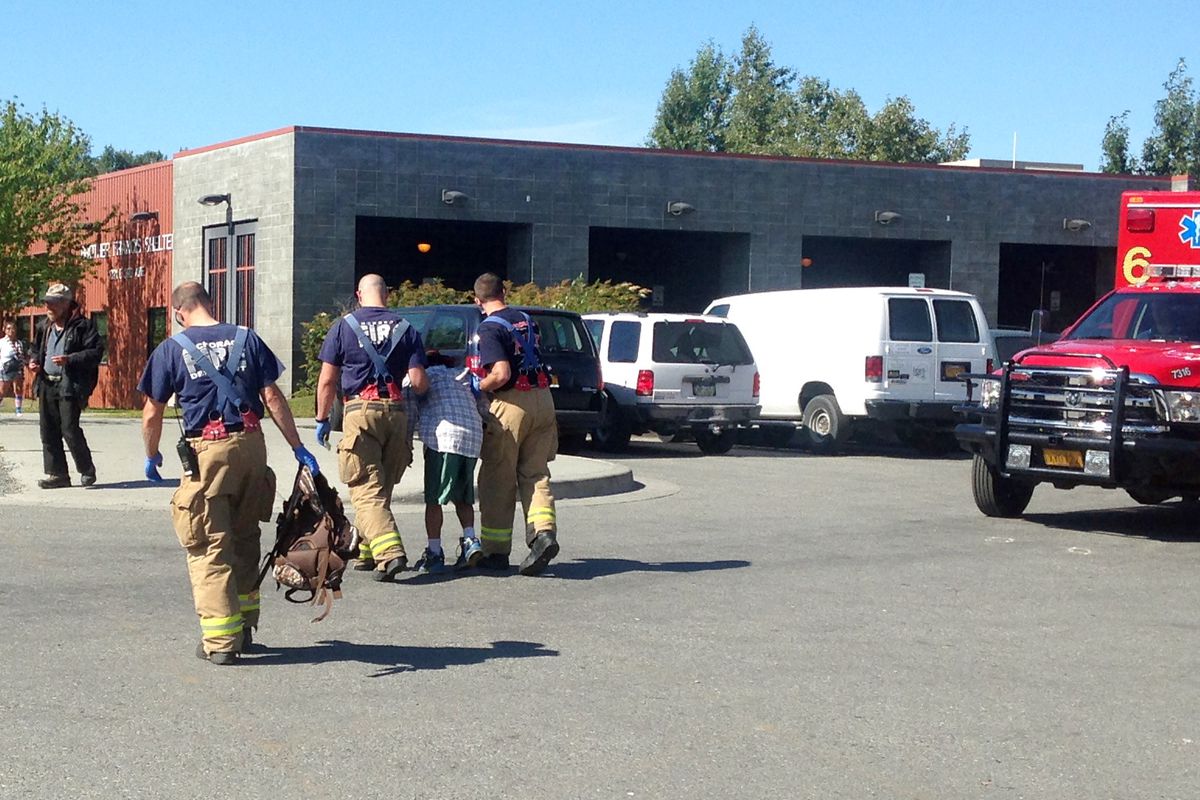 A July 11 internal memo from Jodie Hettrick, deputy chief of operations at the fire department, described a rise in the "level of violence and chaos" near the soup kitchen and the shelter at Third Avenue and Karluk Street.

"We will no longer send an (ambulance) by themselves to these locations unless APD is on scene to provide our crews with some protection," Hettrick wrote in the memo, a copy of which was provided to Alaska Dispatch News. "There has been an increase in the level of violence at these 2 properties resulting in many assaults and a few fatal stabbings."

Bystanders in the area have also urinated on fire engines, tried to take items out of ambulances and climbed into the front seat before paramedics returned to drive a patient to the hospital, deputy fire chief Alex Boyd said.

Fire department leadership wanted more protection for firefighters and equipment, even if fewer resources would be available to answer calls elsewhere, Boyd told members of the Anchorage Assembly's homelessness committee on Wednesday. He said the backup policy has long been in place in much-larger cities like Los Angeles and Detroit.

It comes amid escalating calls for service around the shelter and the soup kitchen.

Fire Station 1, which serves downtown, has responded to roughly 6,000 calls as of this week, compared to about 8,000 calls for all of 2016, Mike Riley, an Anchorage firefighter and paramedic, said at the Wednesday meeting. Call data show a "hot spot" at Third Avenue and Karluk Street, the area around Brother Francis Shelter and the soup kitchen Bean's Cafe, Riley said. People using those services tend to demand an emergency response on a more regular basis, he said.

About 2,300 calls, including reports of overdoses on the drug spice, were directed at Karluk Street, across the street from the shelters, Riley said.

"That's more than several fire stations combined, running into that area," Riley said. "It's really beat us up heavily down in that area, for lack of a better word."

Hettrick's memo indicated that the calls have also been increasing in severity. The memo described many patients were being taken to the hospital in critical condition with advanced respiratory distress.

At the same time, city, fire, police and homeless shelter officials have begun to discuss ways to change the layout of the area to reduce the number of incidents.

Some meetings have already happened between officials from the city, the two organizations and the police and fire departments, said city homeless coordinator Nancy Burke. She said future meetings will focus on proposed changes to the entrances of the two buildings to reduce the mix of cars and pedestrians, and efforts to identify the people who generate the highest calls.

No one at Wednesday's meeting could offer a single explanation for the rise in hostility, violence and medical calls in the parking lot and streets surrounding the shelters, where dozens of people are often gathered. Lisa Sauder, the executive director of Bean's Cafe, said she's seen it firsthand and that her organization has boosted daytime staffing in response. But there are limits to what the soup kitchen can do, she said.

Many of the people hanging around the shelter and the soup kitchen have been banned from both places, Sauder said. She said bans are often related to violent behavior, drug and alcohol issues or untreated mental illness.

"We're not prepared as an agency to deal with that. That's a law enforcement issue," Sauder said. "It's just escalating, combined with the increased drug use we're seeing."

In the past, ambulance rigs have called either fire dispatchers or the police department for backup in hostile situations, Boyd said. He said there also wasn't a need to closely monitor equipment for vandalism or damage.

Now ambulances sent to the Third Avenue and Karluk Street area will be accompanied by a second apparatus, such as a fire engine, Boyd said. He said the department decided to send its own backup because the police sometimes take time to respond.

During Wednesday's meeting Assemblyman John Weddleton asked if it would help to "dilute" the number of people around the shelter by building more than one Brother Francis Shelter or Bean's Cafe. Boyd said he suspected the "hostile elements" would simply then be split between two locations.

Boyd said larger cities in the U.S., such as Los Angeles, Detroit and New York City, have been sending backup units to emergency calls for as long as anyone can remember. He said that in his career, Anchorage had seemed insulated for a long time from aggression toward firefighters, paramedics and equipment.

"Whether we like it or not, big-city problems come with being a larger city," Boyd said.