South Anchorage residents wake up to find sheep in their yard 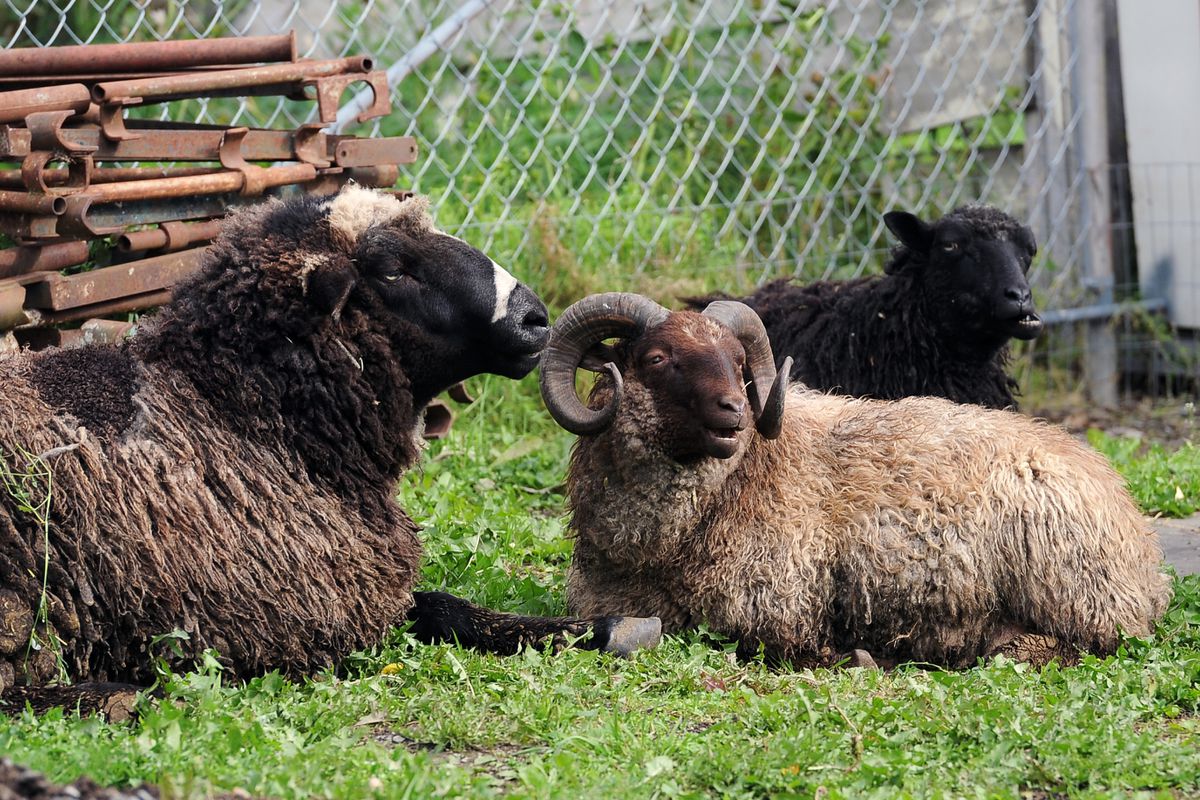 A ram and two ewes rest in a corner of the backyard at the home of Ray and Carmen Hannah on Toloff Street Wednesday morning in South Anchorage. Another ewe rested nearby. (Erik Hill / Alaska Dispatch News)

A ram and two ewes rest in a corner of the backyard at the home of Ray and Carmen Hannah on Toloff Street Wednesday morning in South Anchorage. Another ewe rested nearby. (Erik Hill / Alaska Dispatch News)

When Ray Hannah woke Wednesday morning and pulled up the blinds in his house in South Anchorage, a new sight greeted him in his yard: sheep. Three ewes and a ram, to be exact.

"He looked out the window and he said he thought he was going nuts," said his wife, Carmen.

After Ray Hannah confirmed his sanity and convinced his wife that he wasn't pulling the wool over her eyes, the couple called the police.

"We didn't know who to call," Carmen Hannah said.

The police responded to the house on Toloff Street around 9 a.m. and then issued an alert searching for the animals' owner. The alert said the sheep had been seen wandering in traffic.

Carmen Hannah said she thinks the animals found their way into her backyard through the driveway.

"They mowed my lawn," she said. "We just built this house and there is no lawn yet — nothing but weeds."

In a phone call around 1 p.m., Carmen Hannah said that the owner had been found and he was looking for a truck to transport the animals.

The owner of the sheep arrived at the Hannahs' house around 1:45 p.m. in a truck pulling a U-Haul trailer. After refusing to talk to reporters, he loaded the ram and sheep into the trailer and left.

"This has been fun — a little excitement in my life," said Carmen Hannah.

But exciting memories aren't the only things the Hannahs will take away.

"They are leaving their calling cards outside that I'm going to have to go clean up," Hannah said. "Maybe that's payment for cleaning my lawn up."

Kelsey Lindsey is a 2017 graduate of the Columbia University Graduate School of Journalism and is covering Arctic-related issues as part of an Alaska Dispatch News-Columbia fellowship.