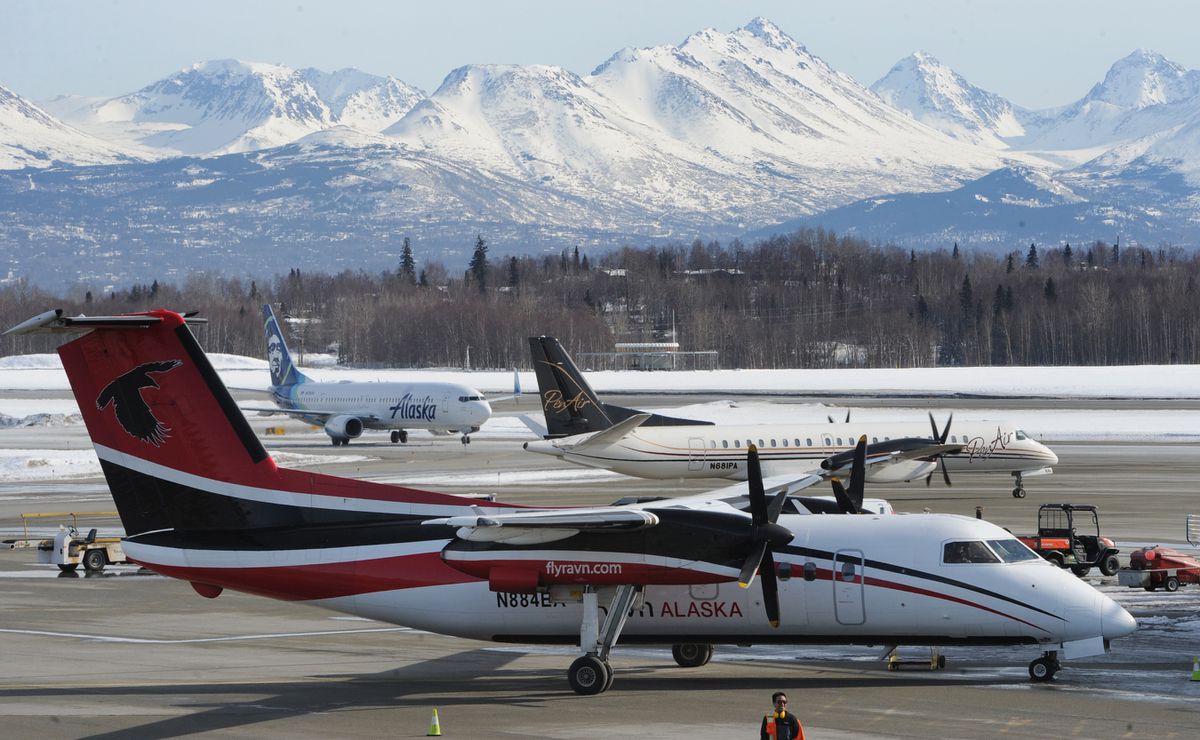 An auction after the July 4 holiday may decide the future of Ravn Air Group, Alaska’s largest rural airline.

Ravn filed for bankruptcy protection in April, and on Thursday, a Delaware bankruptcy judge approved a plan for selling the company in whole or in part to satisfy creditors.

A specific date for the auction has not been set. It is expected to take place after July 4 but before a July 9 court hearing scheduled to finalize the sale. A Ravn attorney said he was not allowed to talk to the media about the case.

It isn’t yet known who will bid on the airline, but in a written statement Thursday, Ravn Air said that “approximately 30 bidders expressed interest in buying all or some of the air group’s assets. Of these, five strategic buyers submitted bids to buy the entire air group.”

“The outcome of today’s hearing turned out as we had hoped, and we are excited that our employees, our customers, and the many communities we serve will now have a very real opportunity to see Ravn back in the skies later this summer,” Ravn CEO Dave Pflieger said in a written statement.

Among the attorneys participating in this week’s proceedings were two representing Float Shuttle, a Southern California commuter service. Rob McKinney, the company’s president, said the firm is interested in buying Ravn and getting it operating again in Alaska.

“It’s definitely our intent to keep Ravn as a going concern. We’re all about service to communities, and we really believe we have the right team we’re putting together,” he said.

Restarting Ravn is only one possible outcome: If the airline isn’t sold in whole or in pieces big enough that it can continue to operate, the bankruptcy plan calls for its assets to be put into a trust and sold to satisfy creditors.

Attorneys for creditors have been debating since April whether to end Ravn and sell its aircraft and other aircraft piecemeal, in what’s known as Chapter 7 bankruptcy, or in a manner that would allow the company to continue operating in Alaska or elsewhere.

An analysis conducted as part of its bankruptcy proceedings estimated that Ravn’s assets in liquidation would be worth between $21.2 million and $33 million, far less than its debts of $151.5 million to $185.8 million.

Before filing for bankruptcy on April 5, Ravn operated more than 400 flights per day using a fleet of 72 aircraft. During the coronavirus pandemic, passenger traffic dropped more than 90%.

“Because of the current economic circumstances, the debtors’ financial condition, and the substantial working capital needed to restart the debtors’ operations, the debtors have no prospect of generating positive cash flow before 2021 at the earliest,” according to court filings.