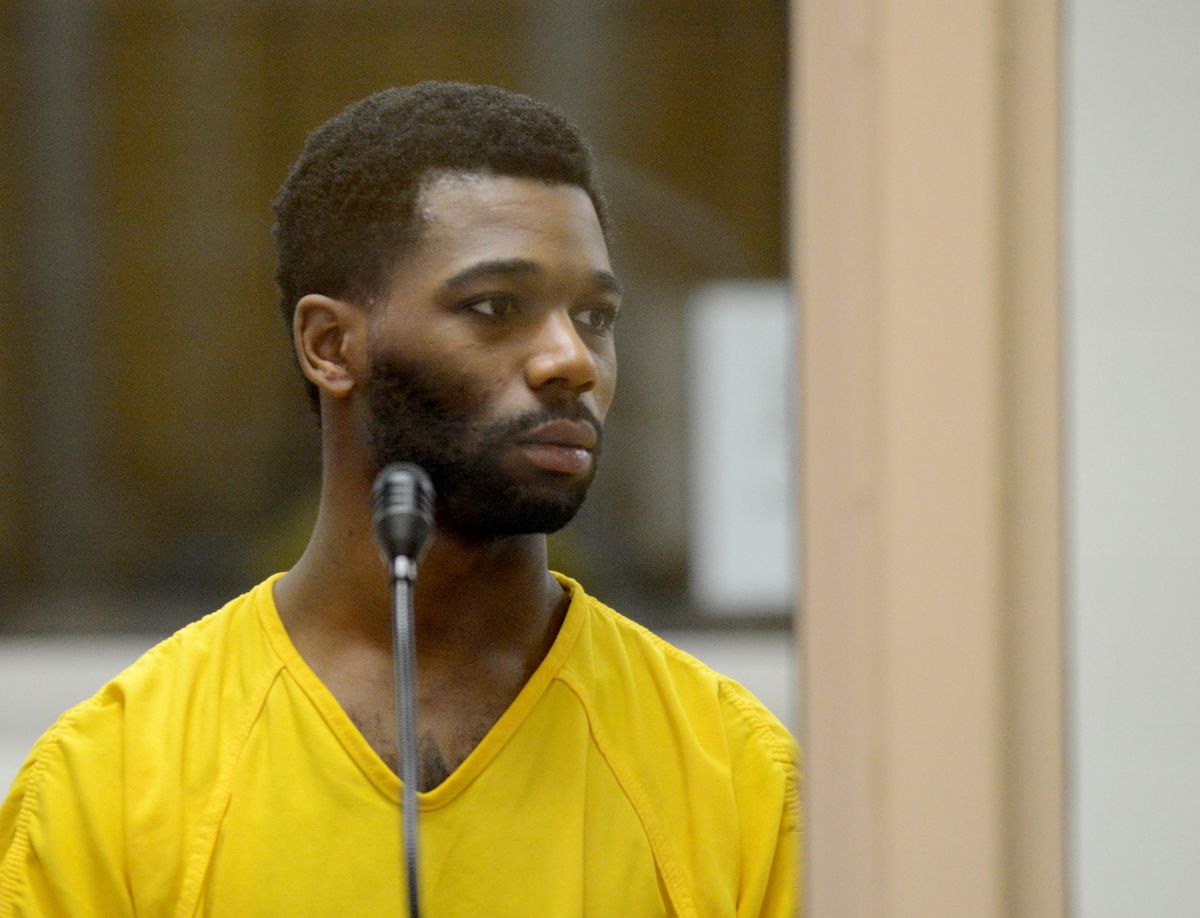 The mother of Christopher Brooks told her son's alleged killer Wednesday that six children have been left without a father.

"If you've got kids, you may never see them again," Debbra Brooks said to Lamarkus Jayquann Mann, 22, during an initial court appearance. Mann briefly looked at the woman through glass separating Anchorage Correctional Complex inmates from a public courtroom.

Mann is one of three suspects charged with second-degree murder, robbery and burglary in the Christmas Eve deaths of Chris and Danielle Brooks.

Charging documents say Mann was the shooter in a robbery turned fatal.

The Brookses ultimately died at the hands of three men dressed in black who planned to rob them of "drugs and money," the charges say. Danielle Brooks' 5-year-old son witnessed the killings and later told police ninjas broke into the Mountain View apartment and killed his parents, according to the charges.

There is a fourth suspect in the case but the Anchorage Police Department has not named that person, or detailed his or her involvement. The charges against Mann indicate someone drove the men to the Brookses' home.

During a brief hearing at the Anchorage jail, Mann said he was a student and had no income. He answered the judge's questions with, "Yes, sir."

Mann was appointed a public defender. The court set bail at $500,000 and a third-party custodian.

Debbra Brooks asked for a moment to speak during the hearing, and she directly addressed Mann.

The mother said her grandson, who just celebrated his fifth birthday, is having nightmares and requires therapy. The boy is now with Danielle Brooks' mother; Chris is not the boy's biological father, but they'd been together all his life, Debbra Brooks said.

Chris Brooks' other children, ages 10 to 18, live here and Outside, and they're all being cared for, she said.

The mother told reporters outside the courtroom that she went to her son's home Christmas Eve after family members started texting back and forth about a large police presence there.

Chris, Danielle and Isaiah had been over for dinner with her earlier that evening. Police say the family had returned home shortly before the assailants showed up.

Debbra Brooks said her son asked for gumbo and she willingly provided the meal. She is happy he got to enjoy the dish, but had no idea it would be his last.

The mother said she raised her son to welcome people into his home and feed visitors. She described Chris as a homebody who shunned material objects, though he was often generous to others.

There were expensive gifts under the Brookses' Christmas tree. The robbers could have taken the presents and left without killing the couple, Debbra Brooks said.

"They would have gotten more than they were looking for if they'd just took what was under the tree," she said.

Debbra Brooks said she does not know any of the suspects and neither did her son, and the killings had nothing to do with drugs.

The Brookses' killings were Anchorage's 33rd and 34th homicides of the year — the highest total in at least two decades. Debbra Brooks said she never expected her son to be among the victims.

She said her son's alleged killers are kids who don't understand the consequences of their actions, like many others charged with murder this year.