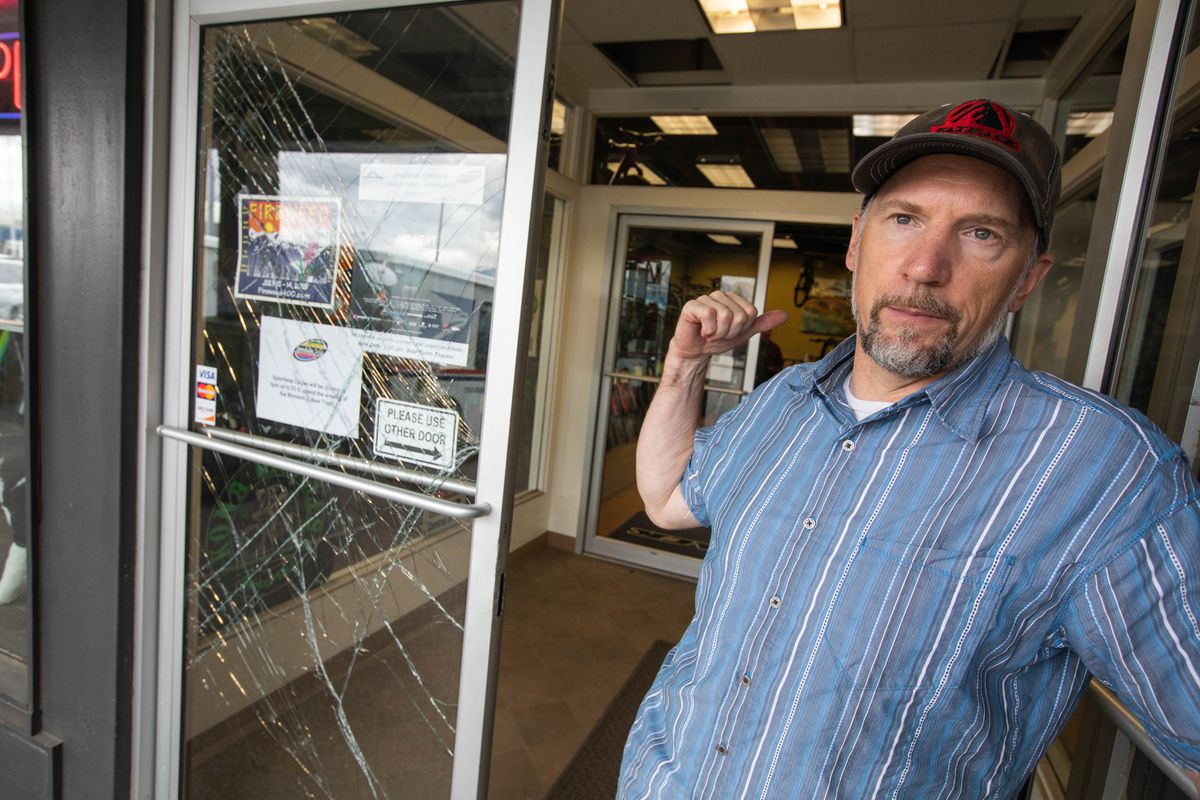 Thieves broke into Speedway Cycles on West Northern Lights Boulevard near Spenard Road early Wednesday morning and took tens of thousands of dollars' worth of merchandise, including a bike valued at nearly $10,000, said owner Greg Matyas.

There haven't been arrests in either case, she said.

At Speedway, the thieves took seven bikes and other merchandise, including locks, Matyas said. Surveillance footage showed three "probably 30-year-old white males" wearing masks and hoodies, he said, and they used a U-Haul truck to make off with what they stole.

It happened around 5:30 a.m. Wednesday, Matyas said. A mechanic who arrived for work saw the store had been broken into and called the Anchorage Police Department, Matyas said, and APD asked that no one enter the building until police arrived.

"We entered with APD and saw the carnage," Matyas said. Trash had been dumped on the floor, and a door was broken down.

There had been a couple of people in the shop the previous afternoon who were "really shady," Matyas said.

"They wandered around looking at price tags and they stuck out like sore thumbs," he said. "But not much you can do about it. You don't know if they're actually a legit customer, that you just don't care for their clothing or whatever. … We don't know for sure that they were thieves, they just looked the part."

Between stolen goods and damage left behind — doors and windows were broken — Matyas said the loss probably adds up to about $70,000. The thieves took a "random assortment of things that were particularly high-priced," he said.

At the Bicycle Shop's 1801 W. Dimond Blvd. location, someone wandered out of the nearby woods in the early morning, "threw some big rocks through the window and scrambled in and out pretty quickly," said Hall. The thief, who Hall said he was "pretty certain" was a man, took a $4,200 bike.

Police responded there after a security system went off, Hall said.

"I think those guys (at Speedway) were more put together. I think this guy was definitely an amateur at best," Hall said, adding that bikes are an easy target for thieves.

The financial loss is a significant one for Speedway, Matyas said.

The shop has been open for 11 years, in its current location for six, and this is the third break-in Matyas has dealt with. All have been in the last few years, he said.

"I'm still — just a bit stunned from it all," he said. "We've all seen this acceleration over the last few years and it's pretty shocking to those of us who have been around here most of our lives."