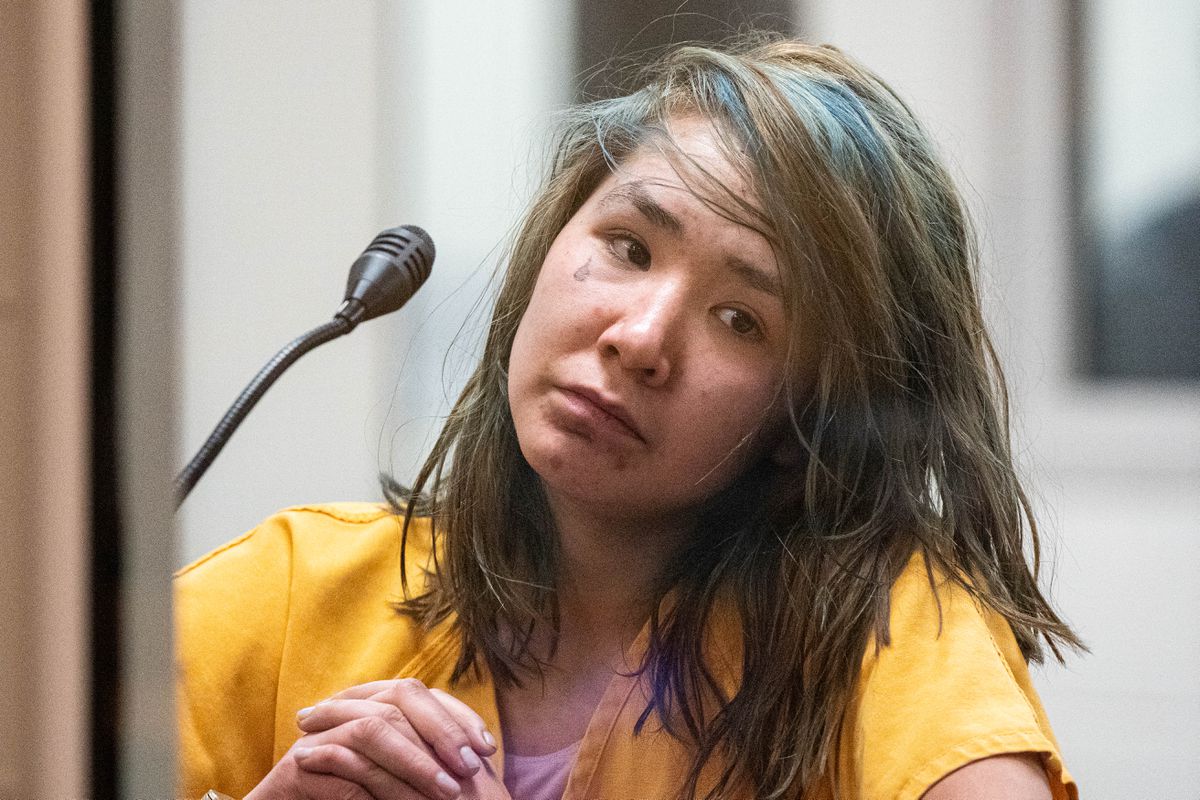 Prosecutors on Tuesday declined to charge a man who Anchorage police say knew the whereabouts of a woman they were searching for on charges of kidnapping, sexual assault, robbery and vehicle theft.

Officers said in an alert Monday that 25-year-old Nellie Serradell was considered armed and dangerous.

She was arrested at a Spenard hotel Monday around 4 p.m., a later alert said.

Two men who police said were associated with Serradell were also arrested at the hotel Monday. Lincoln Courville, 55, was charged with hindering. Prosecutors declined to charge 52-year-old Bryant Brown.

Serradell, Courville and Brown appeared in court Tuesday. Brown was released from custody.

Early Sunday, Serradell was seen on traffic camera surveillance footage flagging down vehicles from the middle of the road on Dimond Boulevard between Arctic Boulevard and C Street, police said. She got in the car with an 18-year-old woman who offered her a ride, police said.

Serradell then told the woman she had a gun, punched her and sexually assaulted her, according to the charges.

The victim escaped at a gas station in Fairview because Serradell fell asleep, police said. Serradell woke up and took off in the car, investigators said.

Police issued an alert searching for Serradell Sunday. She showed up at Courville’s hotel room at Americas Best Suites around 10 a.m. Monday, according to the charges.

Police had contacted Courville four times Sunday about Serradell and he knew she had a warrant out for her arrest, the charges said. Courville told police she was distraught and he wanted to give her time to calm down before turning herself in on the warrant, charges said.

Brown was also at the hotel and insisted Courville call police, charges said.

Courville called police around 4 p.m. and Serradell was arrested.

Police said she suffered “medical issues” while being driven to police headquarters for questioning and was brought to a hospital. A spokesman for the department did not have details about what kind of medical issues Serradell suffered.

Serradell and Courville are being held at the Anchorage Correctional Complex. Serradell’s bail is set at $150,000.

The stolen car was found early Tuesday, police said. Officers were still searching for witnesses seen talking to Serradell before the abduction on traffic camera footage.