APD: Masked man aimed crossbow at officers before he was shot 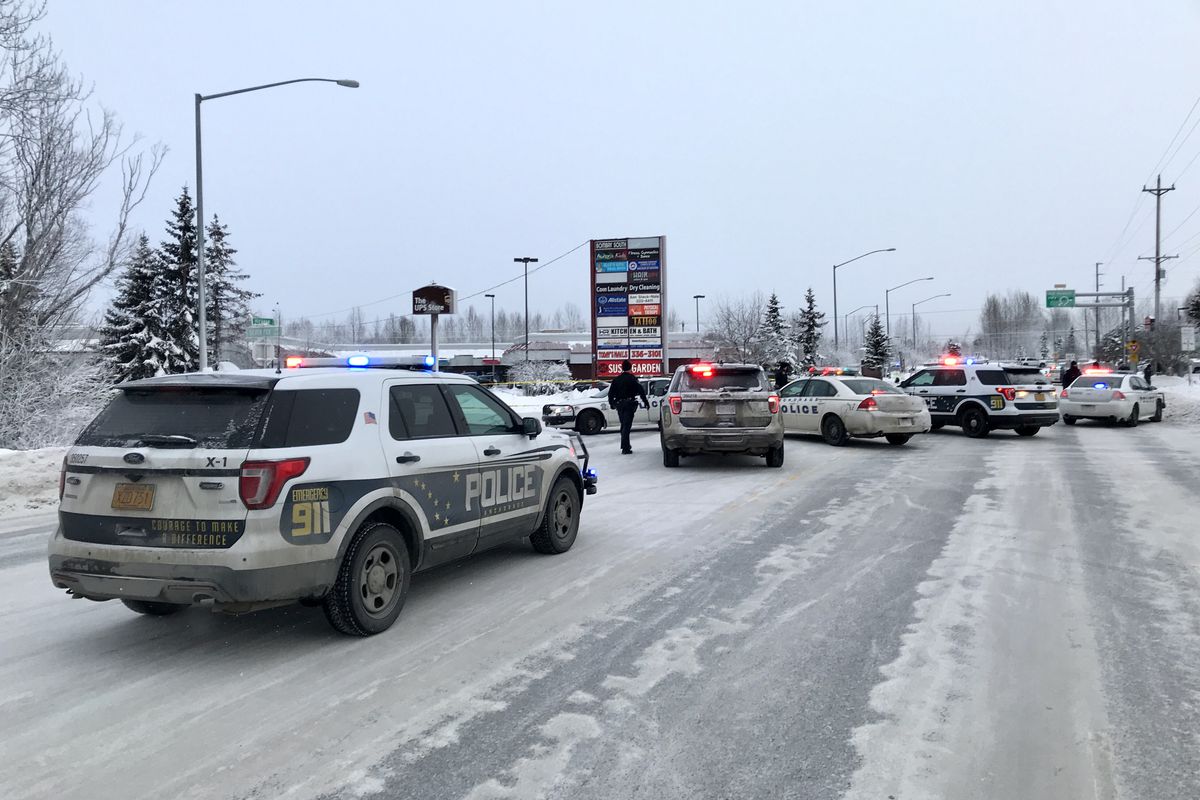 APD on scene of an officer-involved shooting on Huffman Road. (Bill Roth / ADN)

APD on scene of an officer-involved shooting on Huffman Road. (Bill Roth / ADN)

Anchorage police said officers Theodore Freitag and Kylie Baker fired shots at Folse. Freitag has been with the department since 2008 and Baker has been there since 2017, police said.

Police on Monday identified the crossbow-wielding suspect as Dustin Folse, 35. He was jailed on charges including assault and reckless endangerment.

A man pointed a loaded crossbow at officers before they opened fire at him Sunday in South Anchorage. He suffered a non-life-threatening leg wound, police said.

Police were first called to 36th Avenue and Spenard Road around 9:30 a.m. on a report of a man wearing dark clothing and a ski mask pointing a loaded crossbow at passersby, Chief Justin Doll said Sunday afternoon. Officers could not find the man in the area and left, he said.

Just before 11:30 a.m., a 911 caller provided a similar description of a man pointing a crossbow at people near Huffman Road and Brandon Street, Doll said.

When officers arrived less than five minutes later, Doll said, the man pointed the crossbow at them near Huffman and Industry Way. Two officers fired their weapons and the man was shot in the leg, Doll said. Doll said police were still determining if the man fired the crossbow.

“There was a brief, quick chase and the suspect was taken into custody near some apartments on Silver Fox Lane,” Doll said.

Doll said the man was brought to the hospital. No officers or bystanders were injured, he said.

As police continued to investigate several hours later, the crossbow lay near the curb at the intersection of Industry Way and Huffman Road.

A witness recorded part the incident on his cellphone, Officer Devin Grant said, and police were also reviewing surveillance footage from nearby businesses. Doll asked anyone who may have witnessed the shooting to call detectives at 311.

Lucy Moua was working in a laundromat in the Huffman Square Shopping Center when she heard a “pop” just before a bullet pierced the shop’s front window.

“All I heard was just two gunshots and then there was glass flying everywhere, even in front of my face,” she said.

Moua said she was terrified and immediately ducked down. She said two people came into the shop shortly after to seek safety and told her officers were chasing a man with a crossbow.

Moua said police did not immediately recover the bullet from the laundromat.

Officer-Involved Shooting Investigation Update: APD Case 20-1384 Update: The preliminary investigation found that around 9:30 a.m. Dispatch received reports of a suspicious person pointing a weapon at people in the area of Spenard Road and 36th Avenue. He was described as an adult male who was wearing all black clothing, a ski mask and carrying a cross bow. When officers arrived, the suspect has left the area. Around 11:27 a.m., Dispatch received reports of the same suspicious person with the cross bow in the area of Huffman Road and Brandon Street. The reports were the adult male suspect was pointing the weapon at people and motorists as he was walking in the area. When officers arrived on the scene, they immediately located the suspect in the area of Huffman Road and Industry Way. The suspect pointed the weapon at the officers and two officers fired their weapons, hitting the suspect in the leg. The suspect fled on foot and was taken into custody at apartment complex on Silver Fox Lane. He was transported to a local hospital with non-life threatening injuries. No officers were injured. No citizens were injured. The two officers involved have been placed on mandatory administrative leave. Their names will be released in 72 hours per protocol. The case will be given to the Office of Special Prosecution for review. An Internal Affairs investigation will be conducted as well. The Crime Scene Team and detectives are assisting with this investigation. Anyone with information about this investigation, including video, is asked to call Dispatch at 311. Road closures in the area will continue to several more hours. Please follow officer’s commands if you need to be in the area.

Multiple roads were closed most of Sunday in the area of Huffman Road and the Old Seward Highway but were reopened in the evening.

Doll said the two officers who fired their guns will be placed on mandatory administrative leave and the department will release their names after a 72-hour waiting period.

Correction: Lucy Moua’s name was misspelled in a previous version of this story.