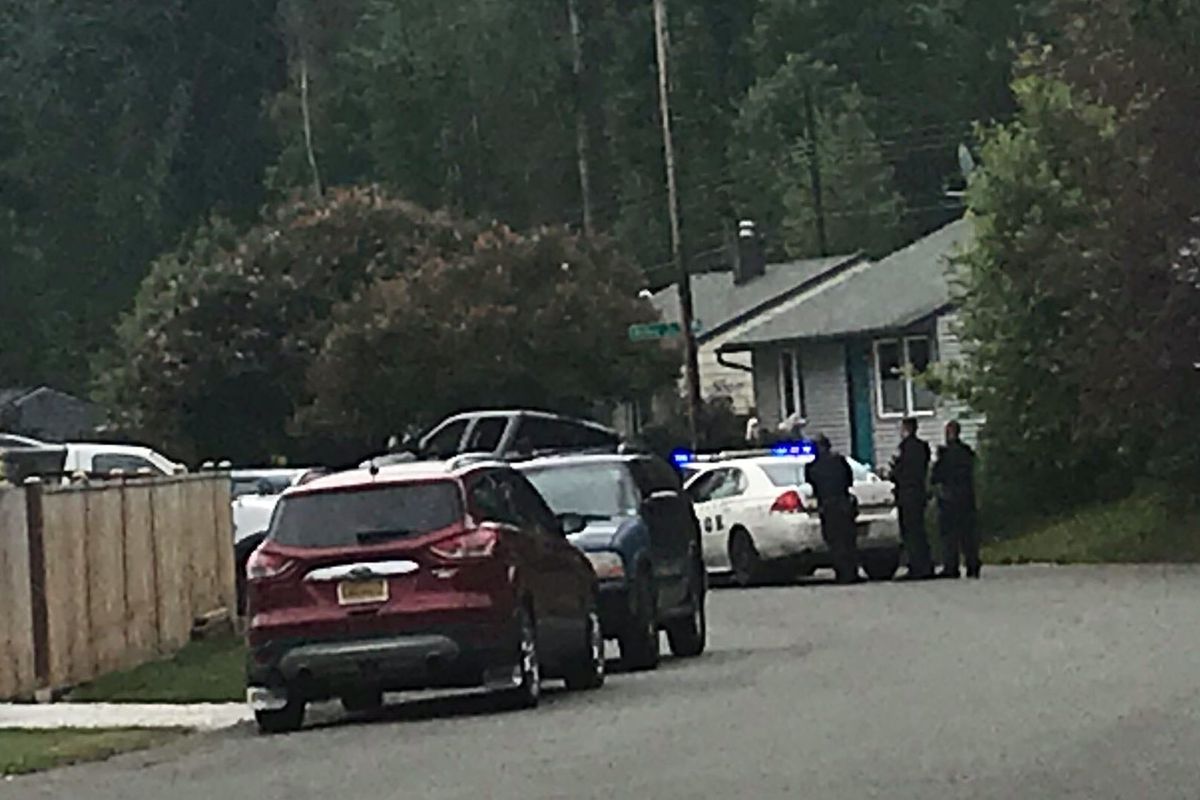 A man was arrested after an hourslong standoff with police in the Nunaka Valley neighborhood Monday afternoon, Anchorage police said.

Officers were called to the 1400 block of Twining Drive just before noon on a report of two people passed out in a vehicle, police wrote in an online statement.

After officers arrived at the scene, the driver, 31-year-old Alex Fox Jr., woke up and began to drive away, police said. Officers attempted to stop Fox at the intersection of Twining and Miley drives.

Fox tried to get away from police and backed his gray Ford pickup onto the hood of a police car, the statement said. He became stuck and a woman got out of the passenger seat and was detained, police said.

Officers pinned in the vehicle and shouted commands to Fox as they surrounded the truck. They deployed pepper spray and sent a K-9 in through the pickup’s window at around 2 p.m., the statement said. The dog bit Fox’s arm and police said he began to comply with officer commands.

The passenger was released from custody without any charges. Fox was medically evaluated for the dog bite and pepper spray and is facing charges of assault, criminal mischief and vehicle theft because the truck had been reported stolen. Police said Fox was also wanted on two outstanding misdemeanor warrants.

The residential street was temporarily closed Monday afternoon. No officers were harmed, but police said the damaged patrol car had to be towed from the area.