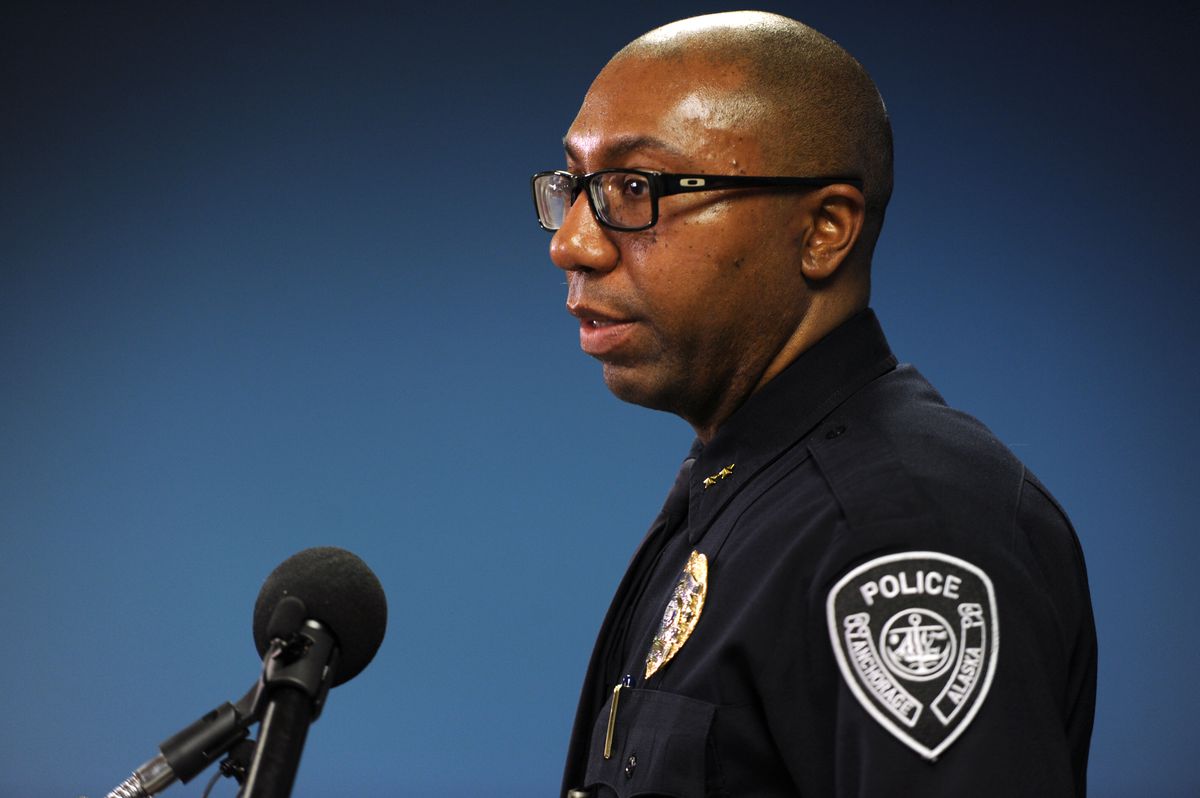 Deputy Chief Kenneth McCoy will begin his role as acting chief Monday, according to a statement from the mayor’s office.

Doll announced in February that he would retire in June after roughly 25 years with the department. He was a finalist for a position as chief of the San Jose Police Department in California but was not offered the job.

McCoy has been with the Anchorage Police Department for 27 years, serving as deputy chief for the last four years.

“Over the course of his 27 years at APD, Ken has shown calm, steady and collaborative leadership that welcomes diverse perspectives and experiences,” Quinn-Davidson said in the statement. “This is an historic moment for our community; we are so fortunate to have Ken at the helm.”

McCoy served with the Alaska Army National Guard for 10 years. He graduated from Bartlett High School and attended the University of Alaska Anchorage for his bachelor’s degree in justice, the statement said. McCoy received a criminal justice certificate from the University of Virginia and graduated from the FBI National Academy and FBI National Executive Institute, the mayor’s office said.

McCoy is an executive board member of the state’s Association of Chiefs of Police and the Alaska chapter of the FBI National Academy Associates.

In the statement, McCoy said the opportunity to lead the department is an honor.

“I am grateful for the support from the Mayor’s office, the Assembly and, most importantly, our community,” he said. “Anchorage is a great community! It is my hope that we can come together, heal, and work toward positive change.”