A North Pole student kicked a boy who walked into the girls bathroom. Then she got expelled. 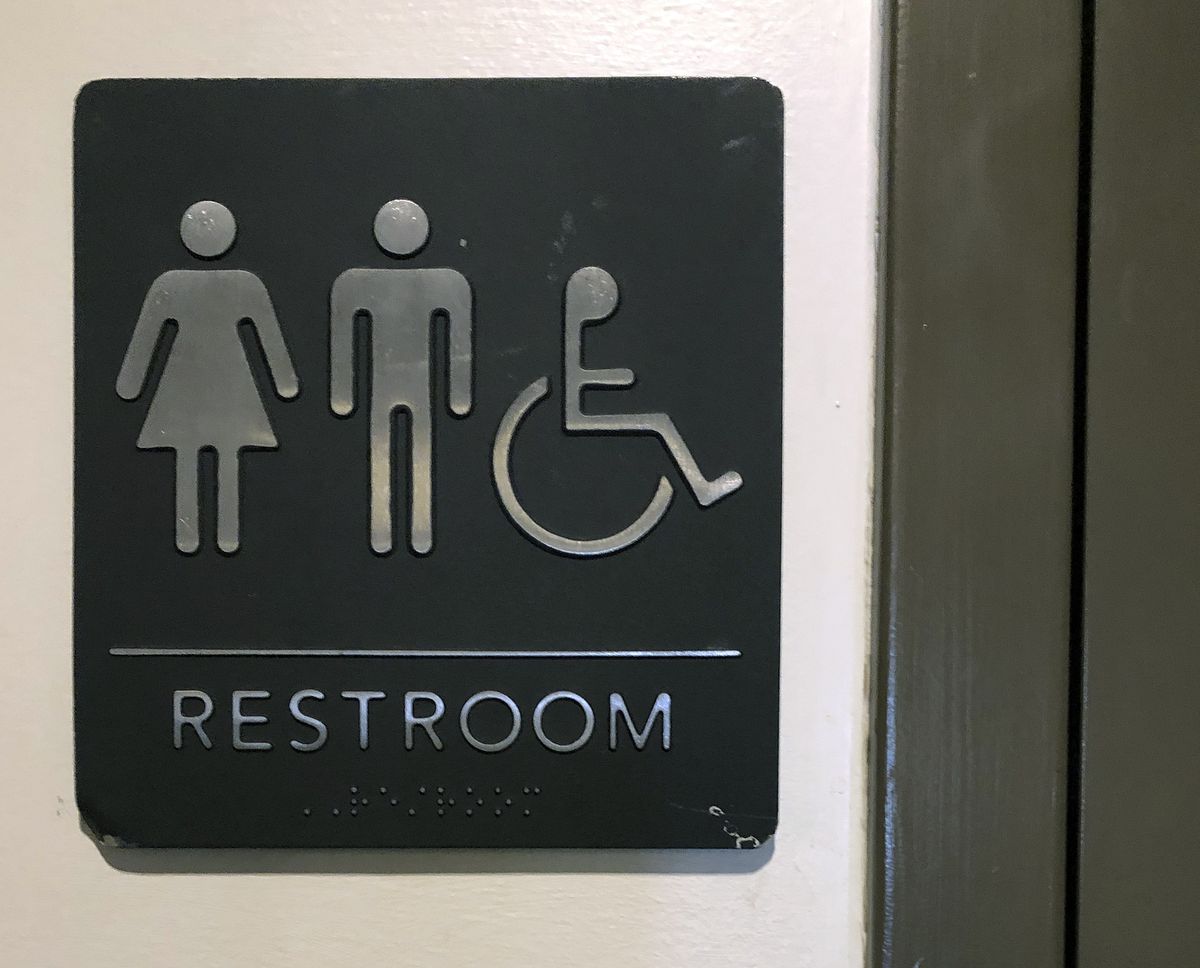 A female student at North Pole High School kicked a boy in the crotch when he went into the girls bathroom, according to the school district superintendent. Then she got expelled, her family says.

The boy was one of seven who decided to go into the girls bathroom on April 4 “as a form of protest” after a transgender student took a selfie in the boys bathroom, said a statement Monday from Karen Gaborik, superintendent of the Fairbanks North Star Borough School District.

The incident gained attention Friday when Rep. Tammie Wilson, R-North Pole, brought it up during an unrelated press conference in Juneau. She criticized the district’s response. By Monday, the North Pole bathroom incident became national news.

A social media post triggered the incident, according to Gaborik’s statement.

On April 1, a student transitioning from female to male took a selfie in the boys bathroom and posted it on Snapchat, she said. Some male students “were upset about the public nature of the post and restroom use,” she said.

“A group of male students decided to go into a girls restroom to take a Snapchat of their own, similar to what the transgender student did, as a form of protest,” she said.

“On April 4, a group of male students began to enter the restroom."

When the first boy went into the girls bathroom, he was met by a female student. The girl, who was not the transgender student, “kicked the first male student in the groin,” Gaborik said in the statement. Only the first boy had made it past the door frame, she said. The others followed.

“The male students turned around and left the area,” she said.

Gaborik told the Fairbanks Daily News-Miner that the boy was referred for medical treatment, but she couldn’t confirm whether he got treatment.

“It wasn’t like a 911 call. It was a health aide saying, ‘Hey, you should really go see a doctor,’” she told the News-Miner.

***This statement was updated at 4:40pm on Monday, April 15, with additional information about dates and prom.*** To...

The district’s Title IX investigator conducted a multiday investigation into the incident, Gaborik said in the statement. Title IX is a federal law that guarantees gender equity in education.

The girl and seven boys were disciplined, Gaborik said. The superintendent did not name any of the students in the statement.

The statement didn’t say what sort of discipline the students received. Sharice Walker, district spokeswoman, said that information is confidential under law and district policy.

In her statement, Gaborik said there was, and continues to be, conversation among students about transgender students at the high school and the use of restrooms. She said teachers and staff were trying to help with those conversations.

North Pole High School has roughly 650 students in grades nine through 12. Staff have known of 16 transgender students at the high school in the past three years, Walker said.

“When a student identifies as transgender in our district, the student (and often the family) work with school counselors and administration to determine how to best meet that student’s educational needs,” Gaborik said in the statement. “The conversation includes use of restrooms.”

Wendy Dominique, president of the Fairbanks school board, declined to comment Monday about whether she believed the district handled the bathroom incident appropriately. She said the board had to wait until the incident went through the appeals process and it had more information.

Rep. Wilson said in an interview Monday that a constituent first alerted her to the incident. She said she then spoke with Gaborik, and was upset when the superintendent told her that the girl should have contacted school staff, and shouldn’t have used “excessive force.” It doesn’t send the right message, Wilson said.

“She is somehow being blamed for this situation when she was the only one where she should’ve been,” Wilson said. “If you feel threatened, you should be able to defend yourself.”

Gaborik said in Monday’s statement that if a student uses force against a peer or staff, “that use of force is evaluated for potential discipline under the self-defense laws of the State and the facts and circumstances of the incident.”