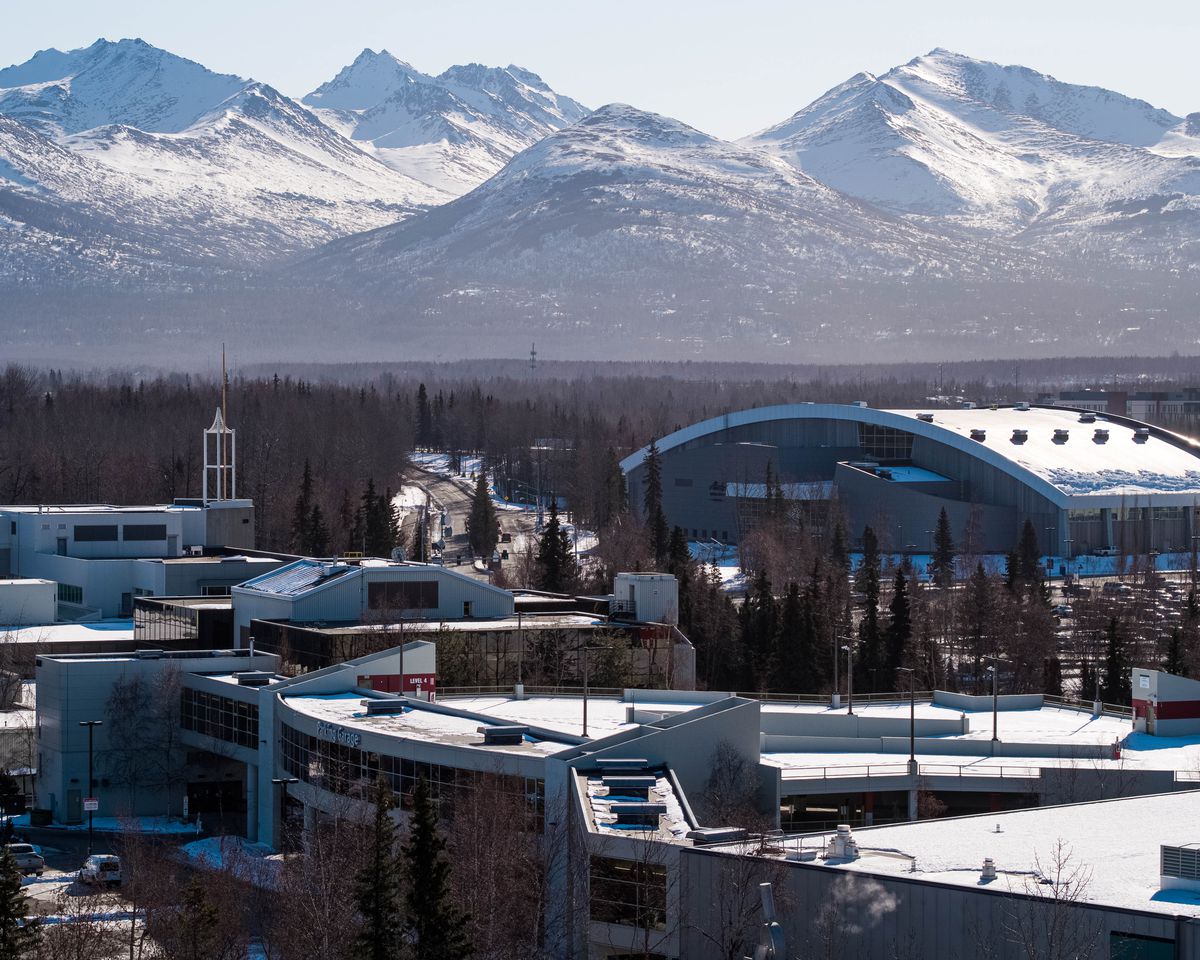 Buildings on the campus of the University of Alaska Anchorage. (Loren Holmes / ADN)

Buildings on the campus of the University of Alaska Anchorage. (Loren Holmes / ADN)

University of Alaska leaders are going public with the hope of completing a first-of-its-kind $200 million fundraising effort for scholarships, research and other priorities.

The “for Alaska” campaign officially kicked off March 25 but University of Alaska officials have already quietly raised approximately $135 million over the past five years toward their $200 million goal, according to UA Foundation President Tod Burnett.

Burnett said the campaign is unrelated to the system’s ever-worsening budget challenges and is focused on advancing the system’s ability to increase access to education in the state; train a skilled workforce; lead Arctic research; and support economic development.

It’s something he believes UA should be doing regardless of its budget situation to continue to support its students.

“We made this public because we are trying to get to the finish line,” Burnett said, which is fairly common in the fundraising realm.

There has been a learning curve for campaign managers while they’ve collected gifts from roughly 16,000 donors, given it’s the first broad-based donation drive the system has undertaken, he said, while adding that large-scale fundraising is what major universities do to significantly bolster their endowments and scholarship offerings.

“The University of Alaska should be no different than every other elite institution, public or private, across the nation,” Burnett said. “I want to take us to the next level and part of that is campaigns like this one.”

The UA Foundation’s role is to assist the development teams at each of the three main campuses in seeking out and managing the gifts they receive, he said. The foundation managed $433 million for the UA System at the end of 2020 and distributed $16.2 million in student and program support over the year.

The Anchorage-based Rasmuson Foundation, one of the largest charitable organizations in the state, has made the largest donation to date, according to Burnett.

Rasmuson spokeswoman Lisa Demer wrote via email that the foundation has donated $8.4 million to the university system since the “for Alaska” campaign began, with $5 million directed to the popular Alaska Native Science and Engineering Program in Anchorage.

Rasmuson CEO Diane Kaplan said in a video launching the public portion of the campaign that the foundation is committed to making UA “an institution primed to lead us through the challenging times ahead.”

Kaplan said she wants students to know their community is behind them by helping fund higher education opportunities and highlighted ANSEP, which exposes rural Alaska students to opportunities in science and technology fields.

“(ANSEP) is the quintessential example of the power of education — taking underestimated students from rural communities and giving them the tools to become the next generation of engineers primed and ready to build Alaska,” Kaplan said.

Most gifts so far have gone into scholarship funds, according to Burnett, who said donors also occasionally donate hard assets like real estate or stocks.

While the “for Alaska” campaign is not a direct result of cuts totaling more than 30 percent of the state’s support for the university since 2014, the budget situation does make it all the more important, according to Burnett.

“Right now we have a long way to go to have all the private funds we need to help students be successful,” he said, later adding he expects to have more announcements about large donors in the next few weeks.