It's summertime: Fairbanks says hello to 72 straight days of light 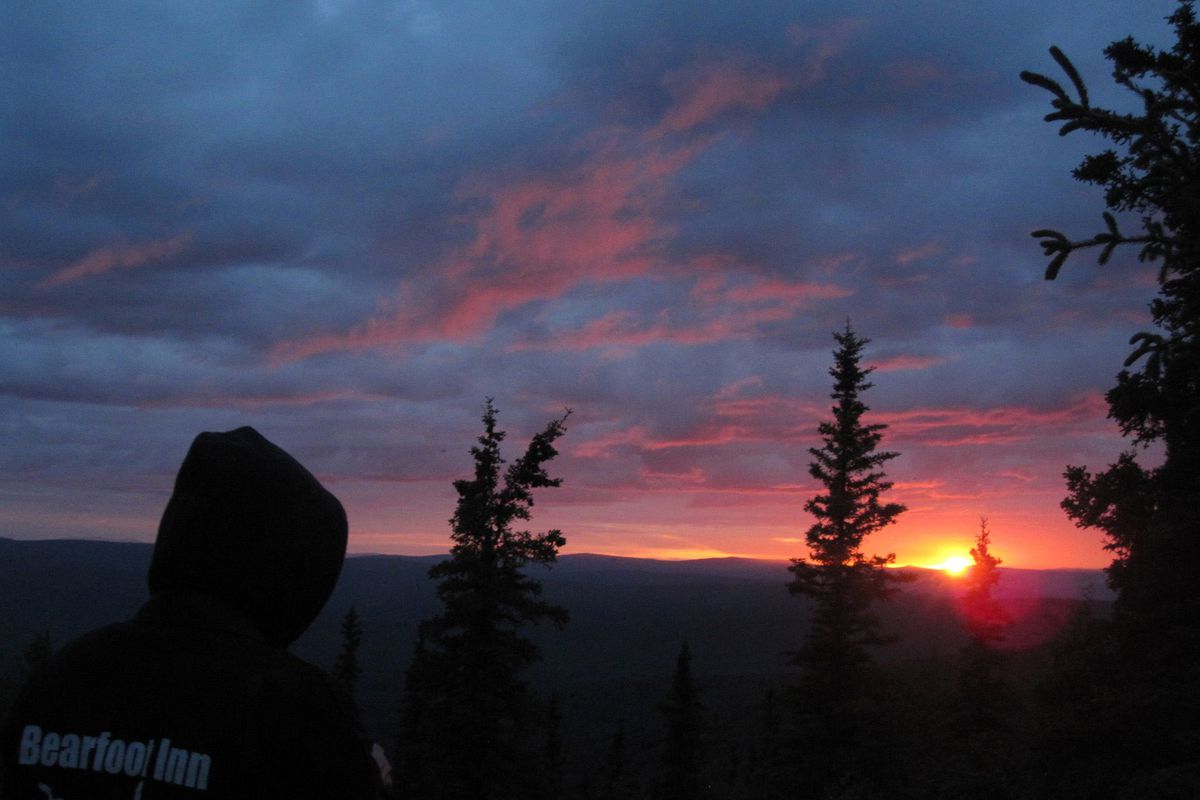 Watching sunset at 12:48 AM on June 22 from Ester Dome, near Fairbanks, Alaska. (Mckenzie Michaels)

Watching sunset at 12:48 AM on June 22 from Ester Dome, near Fairbanks, Alaska. (Mckenzie Michaels)

Fairbanks has reached a major summer milepost: it won't be truly dark again for more than two months.

The Interior Alaska city has entered its annual string of 72 days where the sun just barely dips below the horizon at night, leaving a lingering glow known as civil twilight.

Civil twilight means the sun travels no more than 6 degrees below the horizon, said Brian Brettschneider, a climate researcher at the University of Alaska Fairbanks International Arctic Research Center.

Sitting about 100 miles south of the Arctic Circle, Fairbanks doesn't technically get 24 hours of sunlight, Brettschneider said, but civil twilight can make it feel like it does.