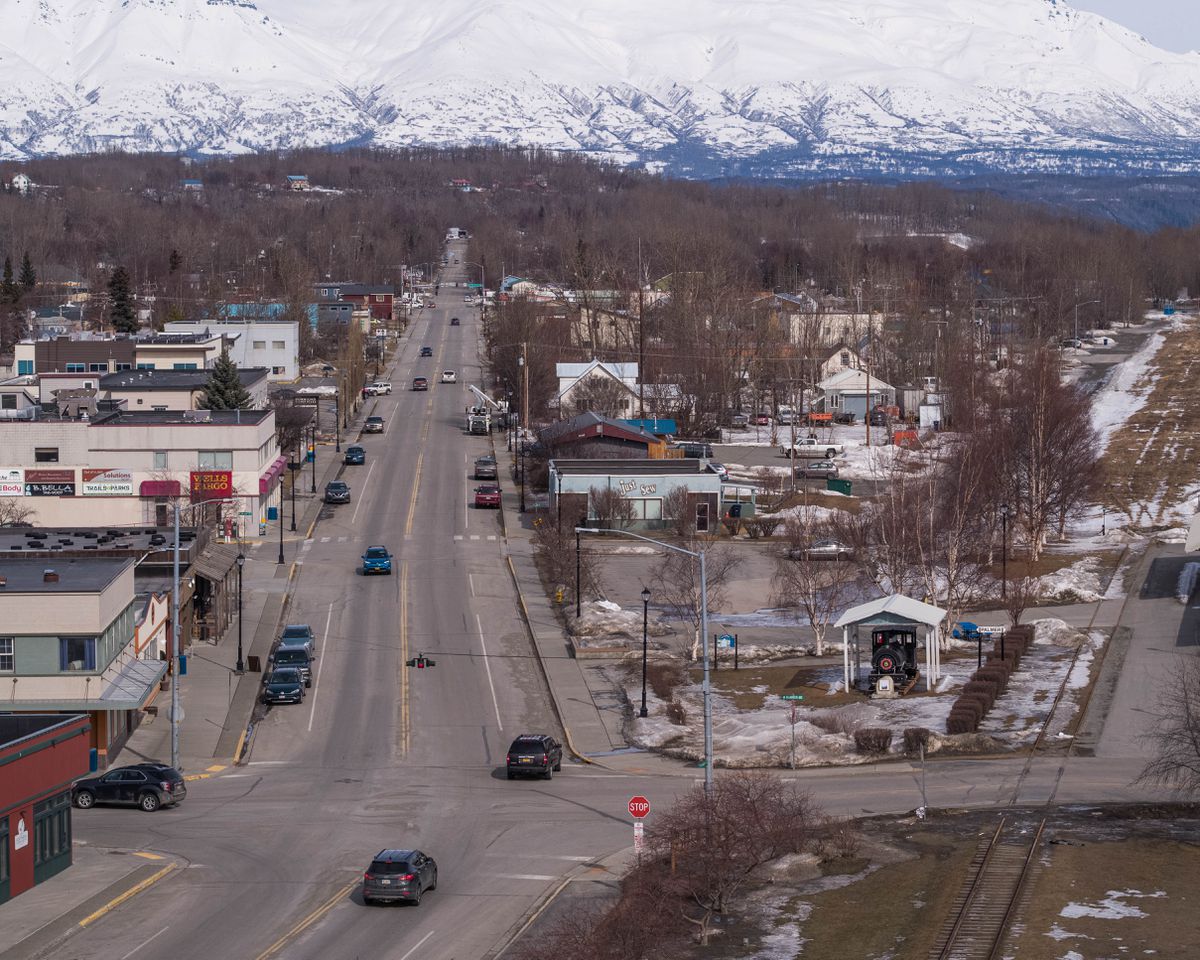 A Black Lives Matter march is planned for Palmer on Saturday just days after the small city put its police chief on leave for “inappropriate” comments about the group.

The event comes amid tension surrounding the city’s decision to put police Chief Dwayne Shelton on leave over Facebook comments from 2018 that, among other things, called Black Lives Matter a “hate” group. It was formed to address police brutality against unarmed black men and women. Nearly 1600 people had signed a change.org petition to fire Shelton as of Friday; two dozen had signed one to reinstate him.

The comments surfaced amid ongoing protests around the nation — some of which turned violent while many others remained peaceful — over the May 25 killing of 46-year-old George Floyd in police custody in Minneapolis.

In a Facebook post Friday, 18-year-old organizer Aurora Till wrote “we are reminding the public that we are gathering peacefully with no intentions of violence or destruction.”

“If confronted by anyone please do not engage in argument and simply inform that we are peacefully protesting," said Till, who just graduated from Palmer High School. “If we are stopped by police, remember it is within our rights to peacefully protest.”

Threats surfaced against the march earlier this week on social media, with some saying protests would be met with violence. The posts prompted the leader of the local 907Freedom group to call on members to attend but only if they plan to serve as observers and back-up to local law enforcement if needed.

The group on Facebook describes itself as “a group of Patriots fighting for Liberty in Alaska."

City officials on Thursday issued a statement saying rumors that “armed militia were hired to respond to the peaceful demonstration” were not true.

There will be a presence from Palmer police at the march, city officials said. They may close off roads due to congestion. The march is planned to start at the pavilion downtown at noon and end at the Palmer police station.

The leader of the 907Freedom group, Wasilla gun shop owner Luke Howard, said he got involved after seeing “fringe” elements making threats against the protest.

In a widely viewed Facebook video posted earlier this week, Howard — who is running for state House — urged group members to leave large weapons, camouflage and body armor at home and, if anything, carry concealed weapons.

Howard said Friday that he supports the protest organizers and wanted to discourage violent action by a few that would demonize all Second Amendment supporters.

“Indifference is 99.9% of the reason we’re in the situation we’re in right now," he said Friday, before making a reference to Floyd’s death in which an officer has been charged with murder. “If one of those cops had rose up and said, ‘Hey, get off his neck ...’ ”

Howard called Palmer Mayor Edna DeVries on Monday evening to offer his group’s help. He said DeVries was grateful. DeVries said Friday that she told Howard she lacked the power to “authorize any of that” but approved when he said someone in the group was working with police.

“I said that’s good. I said just be sure that you are law-abiding. Don’t try to be intimidating,” DeVries said Friday. “I called Luke last night and I reiterated that to him. That it’s really a tinder box.”

City council member Sabrena Combs said police and other council members are at a loss as to why the mayor would encourage the group’s participation.

Combs said she hopes the march will be a peaceful event and that police and other city council members “don’t think we need a militia to help our police.”

The city received an application for approval to hold a 100-person march before the issue with the chief occurred, according to acting city manager Brad Hanson.

Howard says he expects hundreds of militia members. It’s not clear how many protesters are expected to attend.

“I honestly hope the whole community comes out and marches,” Hanson said.

He and DeVries said they plan to be there.