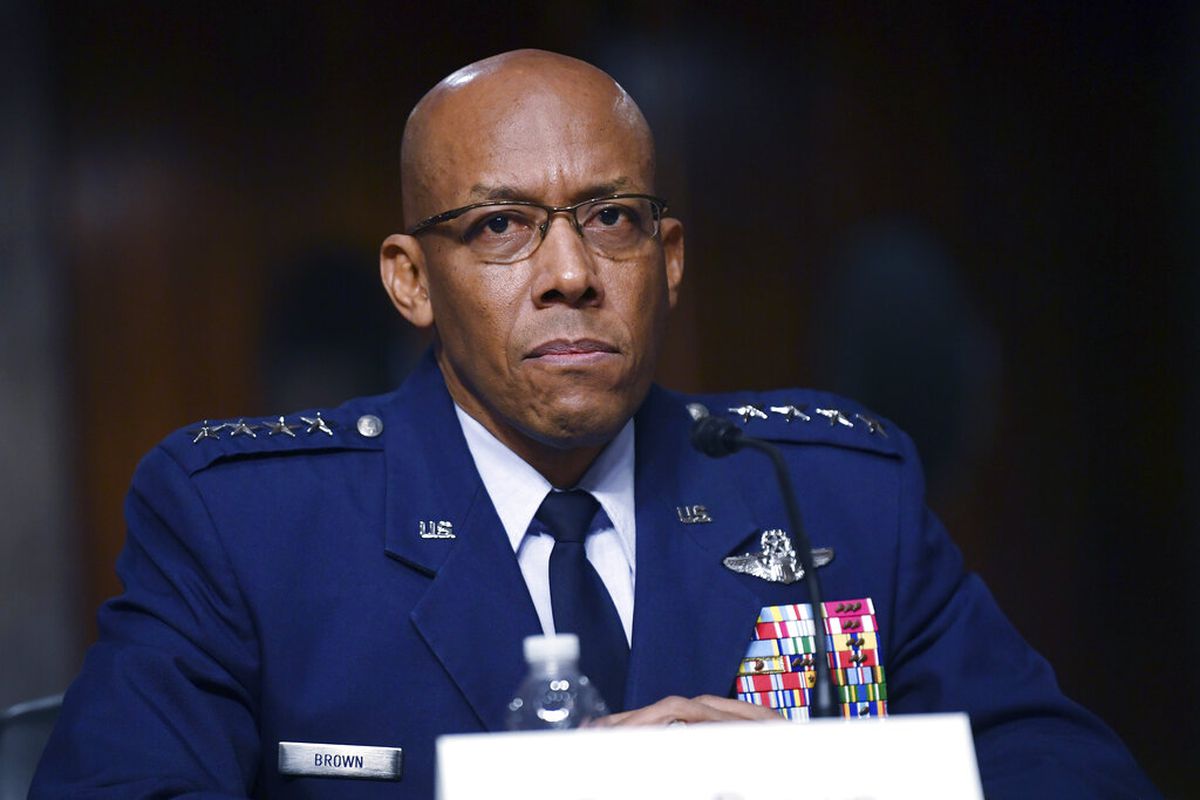 WASHINGTON - The Senate confirmed Gen. Charles Brown Jr. as the next chief of staff of the Air Force on Tuesday, setting the stage for the veteran fighter pilot to become the first black service chief in U.S. military history.

Brown, the commander of Pacific Air Forces for the last two years, will replace Gen. David Goldfein, who has led the service since July 2016. Brown is expected to lead the service as it prepares for the rise of China as an adversary, incorporates artificial technology into operations and sheds a portion of its mission as the Pentagon's new Space Force is established as its own service branch.

Brown said in a statement that he is honored and humbled to serve as the next Air Force chief of staff, and that he and his wife, Sharene, look forward to building on what Goldfein and his wife, Dawn, and other Air Force leaders have done.

"It is an absolute privilege for Sharene and I to serve our Airmen and families," Brown's statement said. "We are committed to building upon our foundation and legacy to ensure we remain the most respected and capable Air Force in the world."

Brown's confirmation was touted by President Donald Trump before it even occurred on Tuesday afternoon.

"My decision to appoint @usairforce General Charles Brown as the USA's first first-ever African-American military service chief has now been approved by the Senate," Trump tweeted before the Senate voting. "A historic day for America! Excited to work even more closely with Gen. Brown, who is a Patriot and Great Leader!"

Brown, 57, was subsequently confirmed with a 98-0 vote. He will join a senior Pentagon leadership that has been criticized for being too white and too male - something the general acknowledged last week in a video that addressed the police killing of George Floyd, which has triggered protests across the United States.

Brown, speaking directly to the camera, said that "you may be wondering what I'm thinking about the current events surrounding the tragic death of George Floyd," considering that he is a senior leader in the Air Force and an African American.

Brown, the son of a retired Army colonel, has long been seen as a contender for the position and was nominated in March by the president. Prior to overseeing the Air Force in the Pacific, he served as the top Air Force general in the Middle East and as the three-star deputy commander of U.S. Central Command, which oversees all U.S. military operations in the region.

"There is no more seasoned warfighter in the U.S. Air Force than CQ Brown, and no leader has been better prepared for this job than him. Dawn and I are excited to watch our Air Force and Airmen flourish under his talented leadership," Goldfein said in a tweet. "Congratulations to CQ and Sharene!"

Brown is a graduate of Texas Tech University and was commissioned through the Reserve Officers' Training Corps (ROTC). Like many Air Force chiefs, Goldfein and his two predecessors, Mark Welsh and Norton Schwartz, were Air Force Academy graduates.

The military has had black four-star officers before, including Army Gen. Colin Powell, who served as chairman of the Joint Chiefs of Staff from 1989 to 1993. But none, including Powell, has ever led one of the military’s branches of service.