Changes to Alaska’s environment are many, and so fast 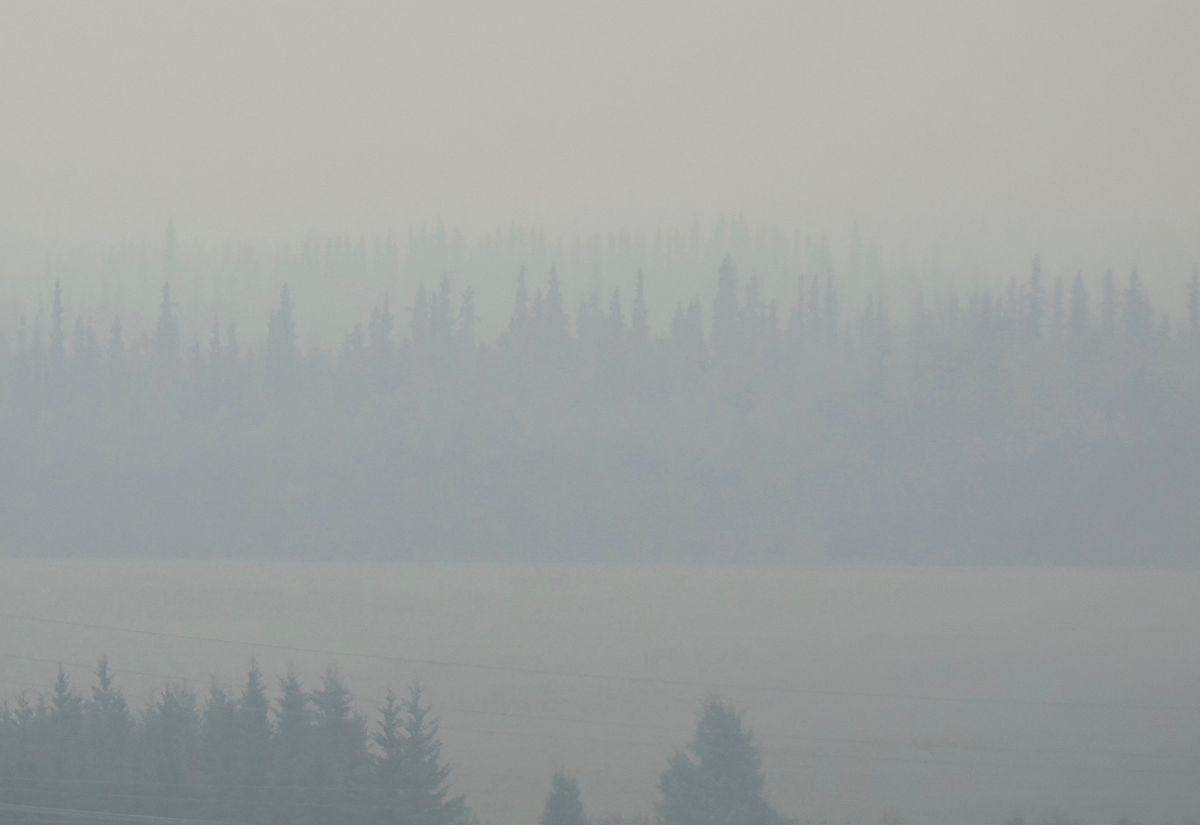 Fairbanks, shown here in July 2019, and other areas of Alaska are smokier, due to a recent increase in summer wildfires. (Ned Rozell)

Fairbanks, shown here in July 2019, and other areas of Alaska are smokier, due to a recent increase in summer wildfires. (Ned Rozell)

If you want to live in a place where nothing changes, don’t live in Alaska.

A gold miner once told me that. He was referring to new houses that would pop up on the hillside across the valley, but his words ring true regarding natural Alaska, where recent, measurable differences are enough to make you dizzy.

A few researchers took a few breaths recently to put together a new document. In it, they summarize what scientists have observed in this place that is changing faster than anywhere else in the U.S.

Team members decided to avoid technical language, and to include no predictions for the future. Here’s part of their current state of the state:

Wildfire seasons with more than 1 million acres burned (black patches the size of Rhode Island) have increased by 50% since 1990.

Before 2004, Fairbanks residents experienced only one summer with more than three weeks of significant wildfire smoke. Since then, we have breathed in five such summers, including in 2019.

The earliest ice breakup in recorded history of the Tanana River at Nenana was on April 14, 2019. The previous earliest was April 20. Nine of the 10 earliest breakup days there have happened since the mid-1990s.

People in the village of Northway felt the sting of minus-30-degree (Fahrenheit) air about 40 days each year before 1960. In the last 10 years, Northway residents have experienced less than one month per year of such days.

Autumns and winters have been much warmer in all regions of Alaska when compared to the period 1981 through 2010. During the past five years, however, summer temperatures have been close to normal for most of Alaska.

Alaska’s snowpack now develops about a week later in the fall and melts almost two weeks earlier in the spring compared to the late 1990s.

Sea ice, the refrigerator of the world, is currently nowhere in sight from the Alaska coast. In September 2019, the ice that floats on northern oceans is a shrunken disc more than 500 miles toward the North Pole over the dark-water horizon. In Septembers past, the Chukchi and Beaufort seas had ice people could sometimes see from northern Alaska. “Nothing in the Alaska environment is changing faster than sea ice,” Walsh and Thoman wrote.

Because of the loss of that heat reflector, temperatures in the farthest north town in the United States have been way above average each October since 2001. In Utqiagvik’s recent past, sea ice was present on the nearby ocean during the entire month, or had at least formed by late October.

In summer 2019, ocean surface temperatures were 4 to 11 degrees Fahrenheit warmer than average all along the west coast of Alaska. The ocean surrounding Alaska is warmer now than at any time during the past 150 years.

Ocean temperatures have resulted in dramatic expanses of algal blooms, some with toxins that poison shellfish. Higher temperatures are affecting billions of organisms adapted to colder water.

Permafrost, ground that has remained frozen through the heat of at least two summers and sometimes thousands of them, is thawing everywhere. Scientists did not think they would see changes to “cold” permafrost in northern Alaska for decades, but even North Slope permafrost 50 feet underground is getting warmer.

In June and July 2019, thousands of salmon died as they migrated to spawning grounds in Western Alaska, possibly because water is too warm for them. Yukon River water temperature at Pilot Station, about 100 miles above the mouth, was 64 degrees Fahrenheit in summer 2019, the highest ever recorded.

After a career with the National Weather Service, Rick Thoman now works for the International Arctic Research Center. His sharpest tool is his Twitter account (@AlaskaWx), from which he fires pithy blurbs on sea ice, warm ocean temperatures and towns in Alaska breaking air-temperature records.

John Walsh earned the title of President’s Professor of Global Change at UAF in 2001, years before moose hunters noticed September nights were too warm to cool their hanging bags of flesh.

You can see and download “Alaska’s Changing Environment” here.