A brown bear stopped traffic on the Glenn Highway 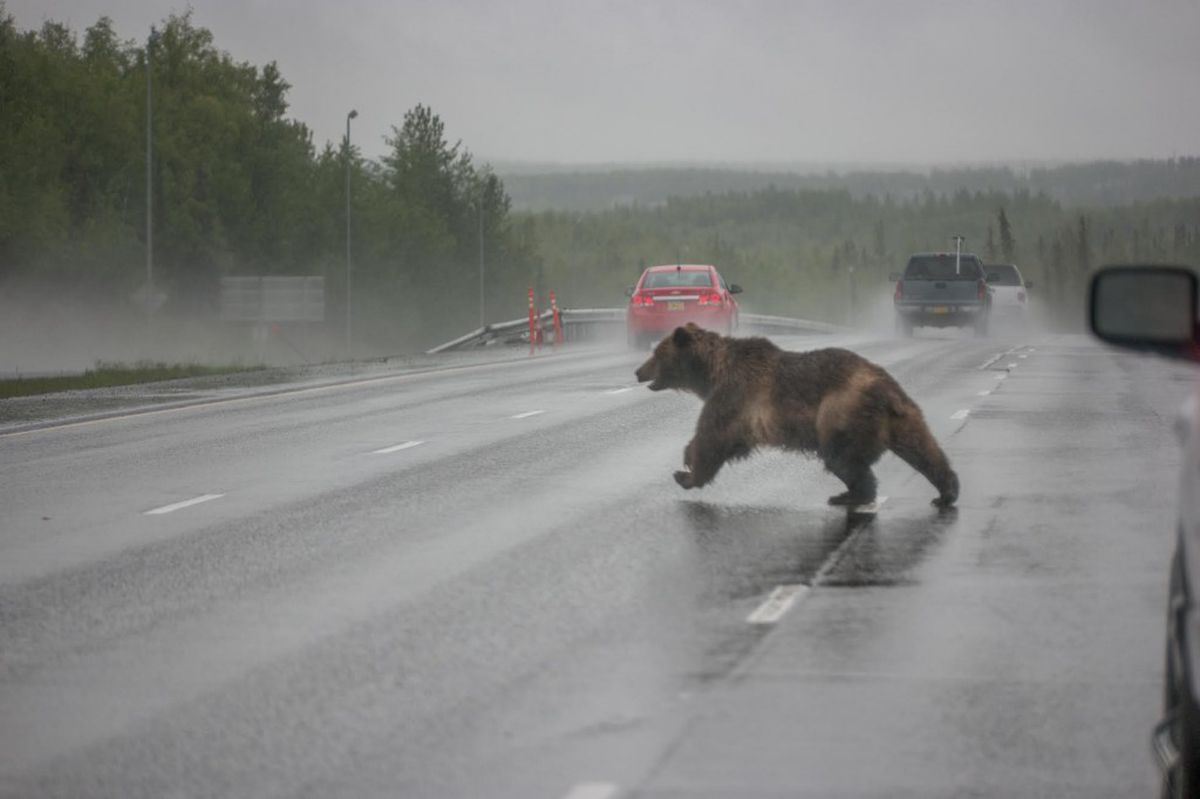 A brown bear crosses the Glenn Highway near Eagle River Monday around 11:30 a.m. The bear crossed all the lanes of the highway. (Photo by Shane Spencer)

A brown bear crosses the Glenn Highway near Eagle River Monday around 11:30 a.m. The bear crossed all the lanes of the highway. (Photo by Shane Spencer)

Professional photographer Shane Spencer was on his way home to Eagle River on the Glenn Highway Monday morning after a photo shoot.

"It was raining cats and dogs," he said.  He had his gear handy when a brown bear crossed the highway in front of his car.

The bear was "really, really excited as it came out of the woods" east of the northbound lanes, he said. It was on the Eagle River side of the Hiland Road exit. The bear darted around on the side of the highway before deciding to cross, he said.

Vehicles had enough warning to come to a complete stop on the freeway, he said.

Spencer said around a half-dozen drivers stopped for the bear and many more would have had occupants who could have seen the animal. Vehicles in the southbound lanes stopped as well, he said. The bear paused in the median before crossing the other lanes, he said.

"It was cool to be part of the scene," he said. "No one attempted to pass the bear. Everyone was bear aware."