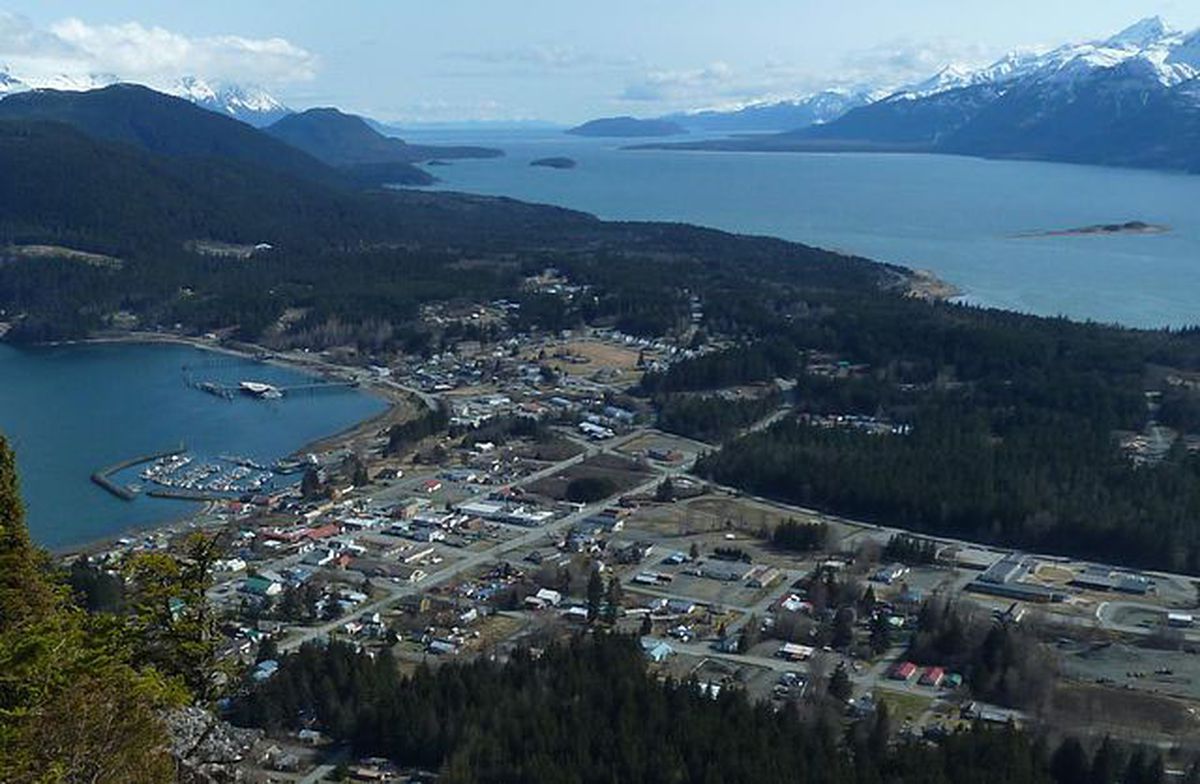 HAINES — Police chief Heath Scott shot and wounded a sow brown bear that he said had attempted to get into his garage and opened a garbage can outside his home on Cathedral View Drive last week. Juneau-based Alaska Wildlife Trooper Sgt. Robert Welch said the matter is under investigation as to whether Scott violated state statue in the taking of game in defense of life and property. Scott said he shot the bear in his role as a law enforcement officer addressing a public safety concern.

Scott told the Chilkat Valley News this week that on the evening of Friday, Oct. 9 he heard his garage door rattle twice and then heard an outside table topple over while inside his home around 8 p.m. When he went outside, he said he saw a sow and cub attempting to get into his garage, and that it appeared to be the same bear that had destroyed his neighbor’s garage doors a week before.

“I yelled at it and it didn’t do anything,” Scott said. “At that point, I ceased being a homeowner and I started being a police officer.”

Scott went inside his home to grab the only gun he had, a .357 revolver loaded with a heavy grain, hollow point round. His rifle was in his police car on the other side of the bears. By the time he came out, the bear had knocked over his trash can and a bag had spilled out.

“They had gotten one bag out,” Scott said. “I have stopped putting my garbage in my house because I don’t want bears breaking into my house to get refuse. I’ve taken care with using appropriate bags and cans that track borough code. It’s a heavy-duty can that’s rubberized with a sealed top that you have to snap closed.”

After the bear pounced on the container and pulled a bag out, Scott shot the animal but said he thinks the bullet hit the shoulder blade and didn’t penetrate.

According to state law, “the necessity for the taking is not brought about by the improper disposal of garbage or a similar attractive nuisance.”

According to borough code, a garbage can is defined as a container “equipped with a tight-fitting lid cover secured so as to remain in place if the can is knocked over.” A bear attraction nuisance does not include material completely enclosed in a structure or container which requires hands or tools to open.

Scott said this was his first encounter with a bear at his property, where he has chickens and goats secured by an electric fence. He said the issues with bears this year has become a public safety concern, and he shot the bear in response to that concern.

“Little Jack” Smith, Scott’s neighbor, reported being charged by the same bear, a sow with a lightish gray patch, about two weeks ago and that it damaged his greenhouse.

Sgt. Welch declined to comment on the active investigation and said he was unsure when it would be resolved.

This year has seen a dramatic increase in bear activity with bear-related calls along with thousands of dollars in property damage to people’s homes, commercial storage facilities, vehicles and outbuildings. Last month a bear broke through the front door to a Hemlock Drive home. Calls to police have increased by about 600% compared to average years, Scott said, and officers are regularly being called out in the middle of the night.

As many as 22 bears have been shot in defense of property this year, according to Fish and Game statistics, 10 by law enforcement and as many as 12 by members of the public. As of Wednesday, three residents have been ticketed this year for leaving out bear attractants. One of those residents has received three tickets.

Originally published in the Chilkat Valley News and reprinted with permission.