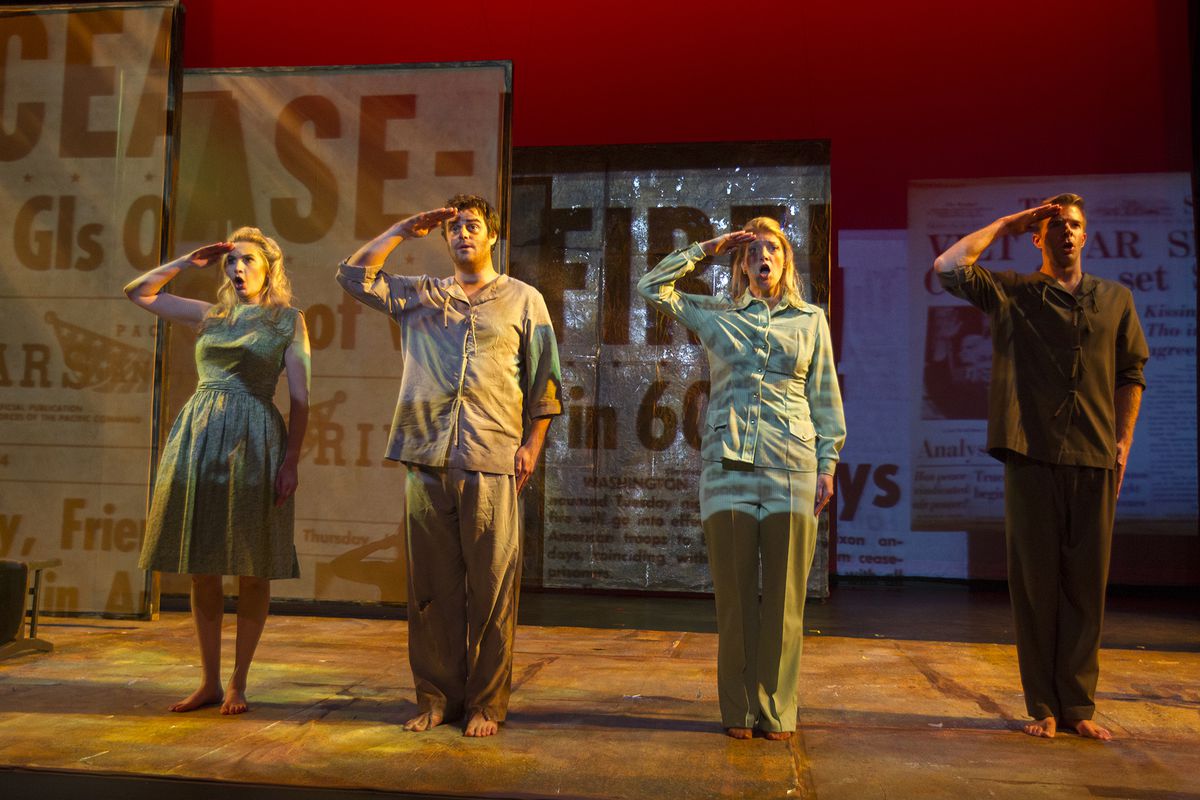 The opera "Glory Denied" tells the story of Vietnam veteran and America's longest-held prisoner of war, Jim Thompson. Originally a nonfiction book written by journalist Tom Philpott, the opera explores the despair, pain and hope Thompson experienced during his nine-year captivity in Vietnam, along with the trials of his wife, Alyce, and the family he left behind.

"Glory Denied" stage director Helena Binder said the story focuses on the inner lives and experiences of two people and avoids any heavy-handed political statement about the Vietnam war.

"This is a universal story about the effects of war, not only on those who experience it directly but on the families, on the communities," Binder said. "The opera isn't just a story about Vietnam … when we talk about the suffering, his suffering, it's seen through the filter of his psyche."

The opera, composed by Tom Cipullo, is small in scale. Four singers make up the cast, portraying the younger and older versions of Jim and Alyce Thompson. But through this couple, occasionally accompanied by video projections, the audience will hear from many voices.

Historical images and documents are projected during the show, along with artwork created by Vietnam War veterans who fought on both sides of the conflict.

"It's very emotional, evocative and disturbing element of the production," Binder said. "The idea people get when they hear the word opera is something you're not going to experience when you go to this show. It's a multimedia, theater experience."

Conductor Douglas Kinney Frost said that while "Glory Denied" strays from a traditional opera in some ways, music still tells the story. The orchestra conveys the experience of Thompson's torture along with the inner turmoil he feels after he returns from captivity.

"The music is brutal," Kinney Frost said. "It's relentless. In order to bring us into those moments, the composer writes as disturbing of music as he possibly could. There are whips in the orchestra."

Military horns and brass, dissonance and the cracks of whips won't keep audience members white-knuckling their armrests the entire time. Kinney Frost said the tension often dissolves into moments of hope or stunned observation. In one song titled "Teflon Cookware," Thompson goes through a list of everything that's changed in America during the nine years he'd been imprisoned in Vietnam.

Anchorage Opera's presentation of "Glory Denied" was funded in part by OPERA America in an aim to work collaboratively with other opera companies across the country to address civic priorities.

One reason Anchorage Opera general director Reed Smith chose "Glory Denied" is because Alaska has one of the highest percentages of veteran population in the country. In an effort to connect veterans and the community, Anchorage Opera created the AK Vet Stories, where the opera's staff reached out to Alaska veterans and asked for stories, poems and reflections on their experiences. More than 100 pieces came in, which will be made into seat cards.

"Each seat will have one vet's reflection on it," Smith said. "There will be a different one on each seat so there's kind of a personal connection between the audience member and what they're going to see on stage."