Alaskan wins spot among the ‘Worst Cooks in America’ 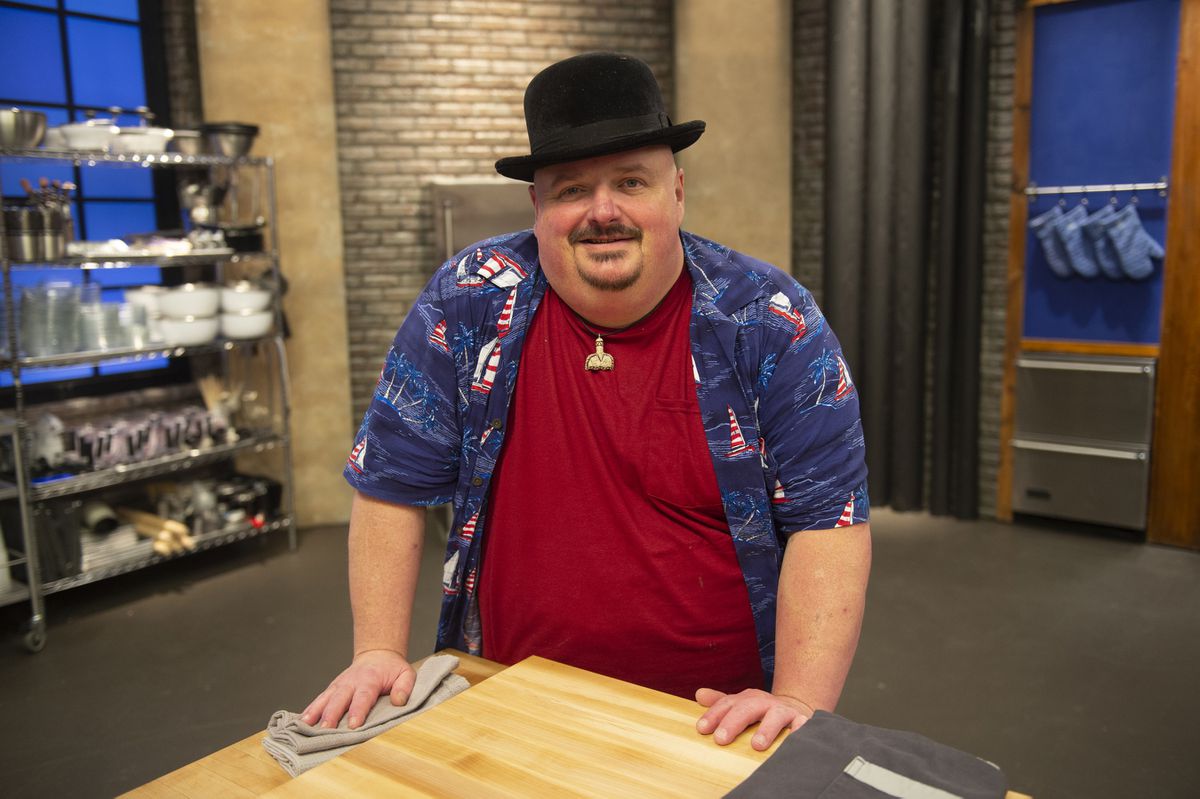 Charles Oakley’s new year is off to a pretty good start. The Ninilchik local is on the newest season of Food Network’s “Worst Cooks in America," premiering this Sunday.

Oakley has lived in Alaska since the mid-'70s. He calls himself a spray can artist. You may recognize him from his live performances from the Alaska State Fair, the 3 Barons Renaissance Fair or other summer events, where he uses recycled cans of paint to create works of art.

In 2018, Oakley flew to New York City to share the culinary stage with 14 other contestants from across the country for the 15th season of “Worst Cooks.” The show first aired in 2010 and is hosted by chefs Anne Burrell and Tyler Florence. “Worst Cooks in America” takes contestants with no cooking skills through an intense cooking camp and competition. In the season finale, two finalists cook for a panel of culinary experts, and the best of the worst will win $25,000.

When asked if his cooking impressed or horrified the judges, Oakley said that he couldn’t reveal details before the episodes aired.

Oakley grew up on his family’s homestead in Ninilchik, where practically all food was hunted and gathered from the land around him, he said. He was involved in filling up the freezer but not preparing it.

“I could burn sushi,” Oakley joked.

Oakley and his wife, Melissa, are big fans of the Food Network, and “Worst Cooks” is one of their favorites shows. Oakley wanted to impress his wife and bring something new to the table, so he submitted an application to be a contestant, He got in.

Before he flew to New York, Melissa had a rule in the kitchen; Oakley had to be within arm’s reach of a fire extinguisher at all times.

“I’m serious,” said Oakley. “I’m the only one on this planet that ever had a gas fire on an electric stove. The fire department was involved.”

Oakley acquired a few tricks of the trade to take home to his family’s kitchen, but Melissa still wants the fire extinguisher nearby.

“Now, cooking is fun,” said Oakley. “I do it for entertainment now.”

While he couldn’t disclose if he won the cash and bragging rights, he did say he befriended many of his castmates and still speaks with some of them every day. When he first met the other cooks, Oakley was asked many of the stereotypical questions Alaskans hear when they visit the Lower 48, like if he lived in an igloo.

“A lot of people I met when I did the show thought we all lived like (‘Alaskan Bush People’),” Oakley said.

Oakley says his new skills allow him to provide for his children and grandchildren. He even helped cook Christmas dinner this year — liver pate and smoked ham.

“If you see any culture around the world, the biggest times that they meet together that is very meaningful is around the dinner table,” Oakley said. “To now be able to make something for my family — especially my wife, Melissa — to see that smile on her face touches my heart more than you could ever know.”

Oakley knows that if he can cook, anyone can. He encourages people just getting into the kitchen to take their time and not rush anything.

“There are a lot of cooks out there in this world that have convinced themselves that there is no hope, but there is hope,” said Oakley.

Tune into Oakley’s television premiere on the Food Network Sunday, Jan. 6 at 5 p.m.